Biographies of the Panel Members 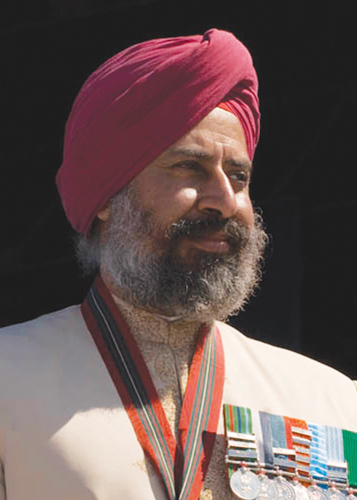 Rana T.S. Chhina served in the Indian Air Force as a helicopter pilot. He is a recipient of the MacGregor Medal for best military reconnaissance in 1986.

He is currently Secretary and Editor of the United Service Institution of India Centre for Military History and Conflict Research. He was responsible for spearheading the joint USI-MEA ‘India and the Great War’ centenary commemoration project.

The author of a number of books, he was Vice President of the Indian Military Historical Society, UK, a member of the IAF Aerospace Museum Apex Steering Committee and the Government of India’s Archival Advisory Board. He is on the Editorial Advisory Board of the journal of the British Commission for Military History.

He was appointed an Honorary Member of the Order of the British Empire in 2016 and an Officer of the Belgian Order of Leopold in 2018 for his contribution towards strengthening Indo-UK and Indo-Belgian bilateral ties, respectively. 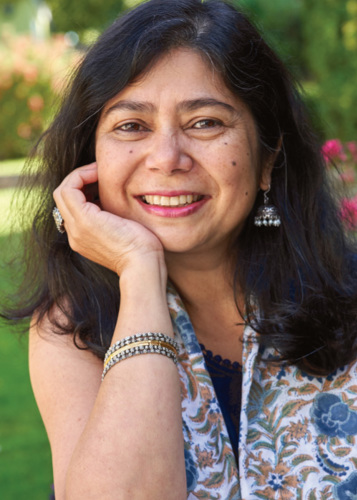 Shrabani Basu is a journalist and Sunday Times best-selling author. Her books include the critically acclaimed The Mystery of the Parsee Lawyer: Arthur Conan Doyle, George Edalji and the Foreigner in the English Village, For King and Another Country: Indian Soldiers on the Western Front 1914-18, Victoria & Abdul: The True Story of the Queen’s Closest Confidant (now a major Oscar-nominated motion picture starring Dame Judi Dench and Ali Fazal) Spy Princess: The Life of Noor Inayat Khan, and Curry: The Story of the Nation’s Favourite Dish.

She is the founder and chair of the Noor Inayat Khan Memorial Trust which campaigned for a memorial for the World War II heroine in London. It was unveiled by Princess Anne in 2012. She is an ambassador for the RAF Museum in London. Shrabani is a frequent commentator on radio and television on Indian history and Empire. 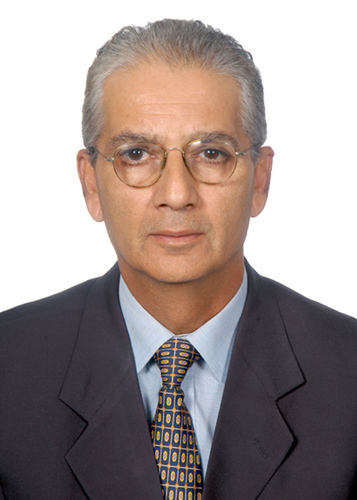 Syed Ali Hamid retired from the Pakistan Army as a Major General in 2005 and is an established military historian.

He is the author of two books on the Pakistan Armored Corps and his third book on Indian POWs in Europe during the Second World War is being published. He has also written numerous articles on the Pakistan Army and its predecessor – the British Indian Army.

He is a founding member of the board of the Pakistan Army Institute of Military History and a member of the Non-Commemoration Advisory Panel of the CWGC.

He is also actively involved in the preservation of military memorials and cemeteries. He has located over 40 First World War Memorial Tablets in two provinces of Pakistan and has recently completed a project to restore three mass graves at the Anglo-Sikh Battlefield of Chillianwala. 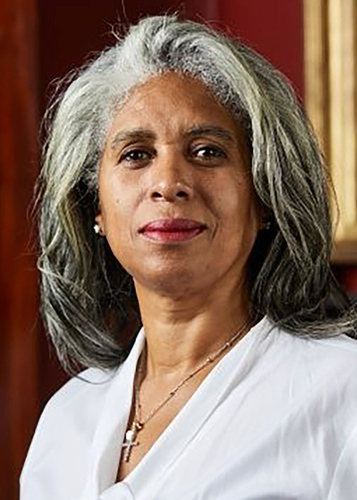 The daughter of Windrushers from Anguilla, Blondel is CEO of The West India Committee, a UK charity incorporated by Royal Charter, that is a Consulting NGO of UNESCO on heritage and custodian of The West India Committee’s library and collection that spans 1,500 years of Caribbean heritage and is inscribed as a UNESCO Memory of the World. She is also The National Lottery Community Fund Chair, a member of The Royal Mint Advisory Committee that is responsible for the design of the UK’s coins, medals, seals and decorations. Mrs Cluff was also a Commissioner on the UK Government’s Commission for Race and Ethnic Disparity.

She is a solicitor of over 39 years standing and a Fellow of Kings College, London where she was a member of the college council for several years, focusing on institutional change. Blondel has held various public appointments for over 25 years, addressing communities, education, health and heritage.

She is a trustee of The Remembrance Trust founded by her husband who is the former Honorary Colonel of the Princess of Wales’s Royal Regiment, and a former Grenadier. The charity complements the work of the CWGC by maintaining the graves and memorials of British service men and women that fell in conflicts other than the First and Second World wars. 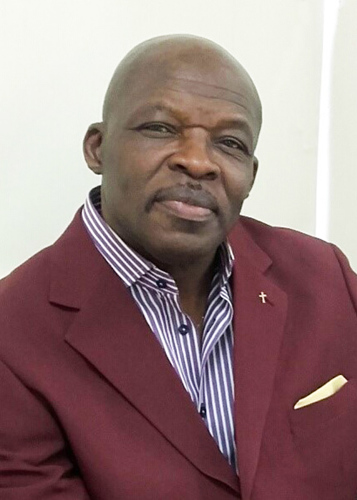 Dr. Cole’s research interests are diverse and are of an interdisciplinary nature. These span the history of Africa and World War I, Imperialism in Africa, Problems of nation-building in contemporary Africa, the history of the Levantines in West Africa, the history of disease and medicine in colonial Africa, and nineteenth and twentieth century Anglo-Krio relations. Among his recent publications in peer reviewed journals, are, “Sanitation, Disease, and Public Health in Sierra Leone, West Africa, 1895-1922: Case Failure of British Colonial Health Policy.” The Journal of Imperial and Commonwealth History, “Defining the ‘flesh’ of the Black soldier in Colonial Sierra Leone: Background to the Gunners’ Mutiny of 1939.” Canadian Journal of African Studies, “In Defence of King and Country: Empire Loyalism, Sierra Leone and World War I.” Research in Sierra Leone Studies (RISLS): Weave, and “Anglo-Krio Relations: A Study of a Disadvantaged Community in a Colonial Setting, 1895-1922.” The Journal of Imperial and Commonwealth History.” Dr. Cole was a major contributor to New Perspectives on the Sierra Leone Krio. 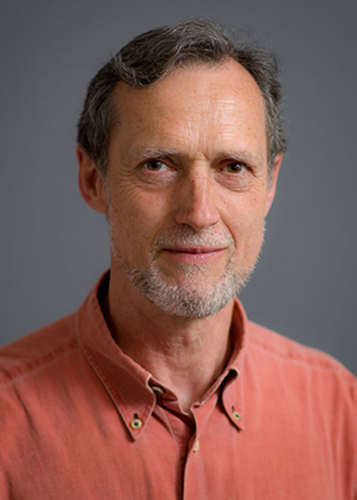 Dr Nicholas worked 35 years as a diplomat for the British Government and the European Union. As well as postings to Brussels and Washington DC, he served as Deputy High Commissioner to Tanzania in 1993-6 and High Commissioner to Ghana and Ambassador to Cote d’Ivoire, Burkina Faso, Niger and Togo in 2008-11.

From 2011-2017 he was Managing Director for Africa and subsequently for the Middle East and North Africa in the EU’s External Action Service.

Since 2018 he has been Director of the Royal African Society and Research Associate at the Centre for International Studies and Diplomacy at SOAS University of London. He has a PhD in African history and is the author of Imperialism and Development (James Currey, 2020) and regular articles on Africa and international affairs. 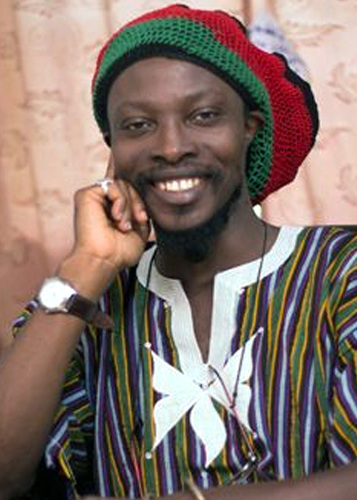 Prof. De-Valera N.Y.M. Botchway is currently the Head of the History Department at University of Cape Coast (UCC), Ghana and a Professor of History (Social and Cultural History of African and Diasporic African Peoples).

He is a member of several committees and boards at UCC. These include Academic Planning and Management Committee, and Academic Board. Prof. Botchway has had scholarship and research enterprises in some international universities.

He was at the University of Cambridge, England, as a Fellow of the Centre of African Studies in 2006 to 2007. He became a Visiting Scholar and Global Academic Partner in the University of South Florida in 2010, and an Exchange Faculty in the Grand Valley State University, Michigan in 2012. He was given the African Humanities Program (AHP) Fellowship award of 2013/2014 by the American Council of Learned Society (ACLS), and had a postdoctoral experience at the University of the Western Cape, Cape Town, South Africa.

He is a member of the Historical Society of Ghana, and patron of African Students Empowerment Group and Sons and Daughters of Africa, which are two Pan African, social justice and youth empowerment students’ groups at UCC.

His publications include Boxing is no Cakewalk! Azumah “Ring Professor” Nelson in the Social History of Ghanaian Boxing (2019), Polishing the Pearls of Ancient Wisdom: Exploring the Relevance of Endogenous African Knowledge Systems for Sustainable Development in Post-Colonial Africa (2010), and Africa and the First World War: Remembrance, Memories and Representations after 100 Years (2018). 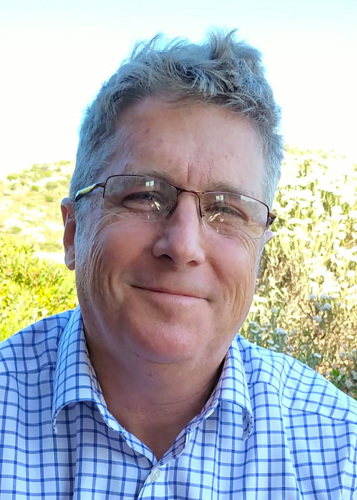 With Brenthurst he has directed numerous reform projects in African heads of government, including Rwanda (2007-8), Mozambique (2005-11), Swaziland (2010-11), Malawi (2012-14, and again 2020/1), Kenya (2012 and 2020), Lesotho (2008; 2019-20), Liberia (2006/7), Zambia (2010; 2016), Zimbabwe (2009-13), Ghana (2017), Ethiopia (2019-20), Nigeria (2017-18), and almost continuously at various levels of government in South Africa from the Foundation’s outset. He also sat on the Danish Africa Commission and on the African Development Bank’s high-level panel on fragile states, and served four deployments to Afghanistan with the British Army as the adviser to the commander. He has also worked extensively in Colombia, and with a variety of African governments in both improving the conditions for peacebuilding and investment, including through the Zambezi Protocol on the natural resource sector.

A member of the advisory board of the Royal United Services Institute, he is the author of the best-selling books Why Africa Is Poor and Africa’s Third Liberation, and together with President Olusegun Obasanjo Making Africa Work: A Handbook for Economic Success. In 2018 he completed a second stint as a visiting fellow at Cambridge University, in producing a book on the state of African democracy, which was published as Democracy Works in 2019. The Asian Aspiration: Why and How Africa Should Emulate Asia (again with President Obasanjo and former Ethiopian Prime Minister Hailemariam Desalegn) followed in 2020, which identifies the relevant lessons from Asia’s development and growth story. His writings won him the Recht Malan Prize for Non-Fiction Work in South Africa.

His latest books – Expensive Poverty – which details the failings of aid, and suggests several ways to improve development outcomes, is published by Pan Macmillan in October 2021; while The Ledger: Accounting for Failure in Afghanistan has been published by Hurst/Oxford University Press at the start of 2022. 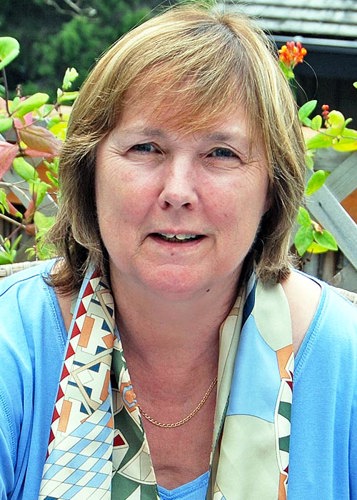 Michèle Barrett began researching inequalities in British war commemoration in 2003, publishing her first academic paper on this in 2007. Subsequent papers were published between 2011 and 2017. In 2014 she visited sites in Kenya and Tanzania, uncovering an enormous amount of “non-commemoration”. This material was the basis for a documentary film, The Unremembered: Britain’s Forgotten War Heroes, broadcast by Channel 4 in November 2019, and presented by David Lammy, MP.

The film generated much reaction; the CWGC set up a Special Committee to investigate, publishing a report in April 2021. This was debated in Parliament, and formal apologies offered by the Minister of Defence. The CWGC has subsequently put in train an ambitious programme looking for the missing names, and grave sites, in hopes of righting some of the wrongs of the past.

These papers and other material such as a briefing document ‘Sent Missing in Africa’ can be found on her website https://michelebarrett.com/ Michèle continues to work on the war graves project, alongside developing a digital edition of Virginia Woolf’s reading and research notes. Her past work includes many books and papers in social and cultural theory, as well as research on other aspects of the First World War. She is Professor Emerita in the Department of English at Queen Mary University of London. 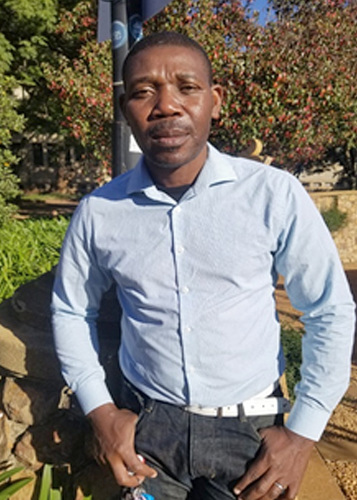 George is a member of the Special Advisory Panel to the CWGC since January 2022 who is keen on supporting and advising the Commission in the delivery of ongoing non-commemoration work. A historian of Africa specializing in African colonial soldiers, African WW1 soldiers, legacies of WW1, war disabilities and gender, African migrant and refugee histories, George will be assuming a new position as an Assistant Professor of African Studies and History at Baylor University in Texas from the fall of 2022. He is currently a Senior Lecturer in History at Wits University in South Africa.