The churchyard of St Margaret’s, known locally as the ‘Marble Church’, is the final resting place of over 100 Commonwealth servicemen and women who died during the First World War and two servicemen of the Second World War. Most of the headstones here in this North Wales churchyard bear the maple leaf of Canada.

The majority of those at rest at this war cemetery died at the nearby Kinmel Camp, which, when it was constructed in 1915, was the largest military camp in Wales. It was a vast military complex consisting of twenty sub-camps complete with administrative buildings, training grounds, medical facilities and its own railway. Part of the camp is still a military base today. A system of trenches, some of which have been preserved, was intended to acclimatize men to the complex battle-lines of the Western Front. The camp was also a key site for medical care, with nearly 1,300 hospital beds in huts and under canvas.

The earliest war graves in St Margaret’s date from the summer of 1916, and are mostly of men who served with one of several local Welsh regiments, or with the training reserve. The majority, however, served with the Canadian forces and date from the winter of 1918-1919.

In 1915, a military training camp was built nearby, south of the village of Bodelwyddan, to train troops for combat during the First World War. The camp, known as Kinmel Camp or Kinmel Park, was at its time of construction, the largest army camp in Wales. 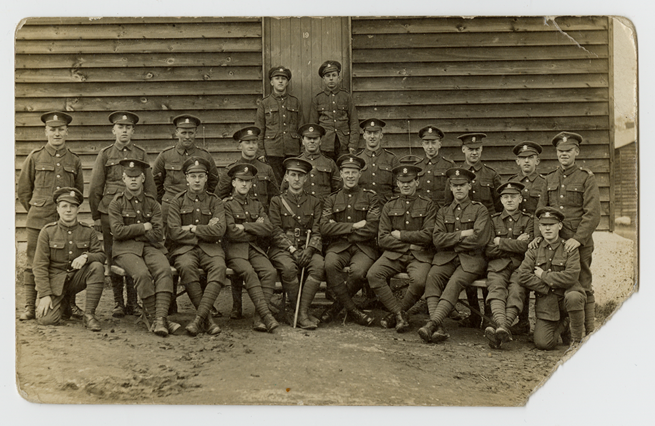 At the end of the First World War, thousands of Canadian units (many returning from the Western Front) were housed at Kinmel Park while awaiting their passage home. On average, Canadian soldiers spent around a month in Britain before being repatriated. However, with hundreds of thousands of returning soldiers there were delays, difficulties and shortages. Conditions in camp over the winter were less than ideal, overcrowding and shortages of coal, food, blankets, soap and delays in pay caused discontent. Many of these Canadian reserve units had arrived at Kinmel Park in the autumn of 1918 as the world was being ravaged by the influenza pandemic, sometimes known as ‘Spanish Flu’, and lost their lives here while waiting to be sent home.

Although the longest-serving men and those with dependents were normally returned home first, logistical difficulties and administrative problems sometimes made this impossible. Discontent among waiting soldiers boiled over on several occasions and there were several disturbances in Canadian camps across Britain. The worst was at Kinmel, where a riot involving more than 800 men took place on 4 and 5 March 1919, after a ship assigned to transport troops home was diverted elsewhere. Five Canadian soldiers died in the violence and were buried at Bodelwyddan (St Margaret) Churchyard, although one was later reburied in Canada. 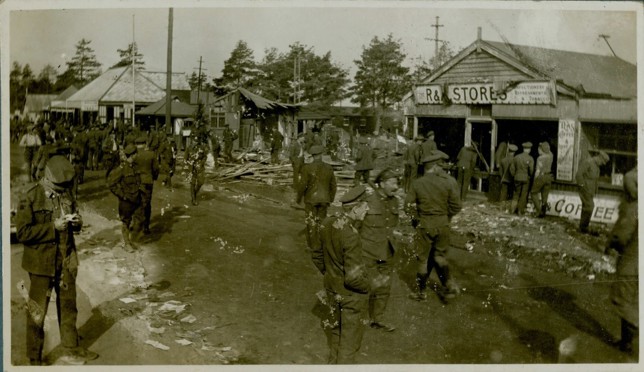 Among the Canadians buried here are many born in the United Kingdom, or those who had parents living there, but also several who were born in the United States. Buried alongside the servicemen are two service women; a Canadian nurse and a member of Queen Mary’s Army Auxiliary Corps, a women’s unit which provided logistical and clerical support for the army. A memorial of red sandstone stands in the churchyard, erected by Canadian soldiers, in honour of their comrades who died in the Kinmel riots.

Located off the A55, take junction 55 for Bodelwyddan and follow signs for the church. Parking is available on the road outside the church.  The churchyard is open to the public throughout the year but before you visit, we recommend you check out.