Opened in 1859, today this cemetery is the final resting place of over 700 Commonwealth and Allied servicemen and women of the two world wars. Members of Australian, Canadian, New Zealand, Dutch and Norwegian forces are here, but the vast majority served in units of the United Kingdom.

This beautiful Victorian cemetery opened in 1859 and was extended to the north in 1898, making it the third largest war cemetery in the country. It contains the highest number of CWGC war graves in Wales. Commonwealth servicemen and women of both world wars are commemorated in both the old, lower and upper portion of the cemetery. Well over half of the burials here are sons and daughters of local families, buried here by their kin.

During both world wars, Britain was a centre for the medical care of men and women serving in the armed forces. Thousands of hospitals located across the country were used to treat service personnel who were wounded, fell victim to disease, or were injured in accidents at home or overseas.

During the First World War, King Edward VII Hospital (now Cardiff Royal Infirmary) and the Welsh Metropolitan War Hospital, formerly the Cardiff City Asylum at Whitchurch, were devoted to the treatment of sick and wounded servicemen. War casualties took over half the beds in the former and entirely occupied the latter hospital, with a total provision of over 3,000 beds throughout the city. Other buildings were turned into hospitals: servicemen were buried here from Ninian Park, Lansdowne Road and Albany Road hospitals, all converted schools. Most servicemen recovered as a result of the care they received, but of those who died, many were buried in this cemetery. A war graves plot was begun in the upper cemetery, Section EB, and a third of our First World War graves can be visited there, where our iconic Cross of Sacrifice was erected after the war. 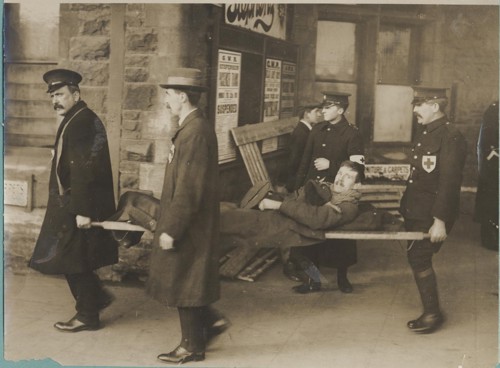 The vast majority of Cathay’s First World War burials were members of British units, but the cemetery is also the final resting place of six Australians and nine Canadians. Two thirds of the servicemen buried here died during the war. The remainder succumbed to post-war injuries, disease or influenza -- the global pandemic of ‘Spanish Flu’ killed as much as six per cent of the world’s population between 1918 and 1920. There was a sharp increase in burials of servicemen here in October-November 1918, and again in February 1919 when the second wave of influenza hit Cardiff. 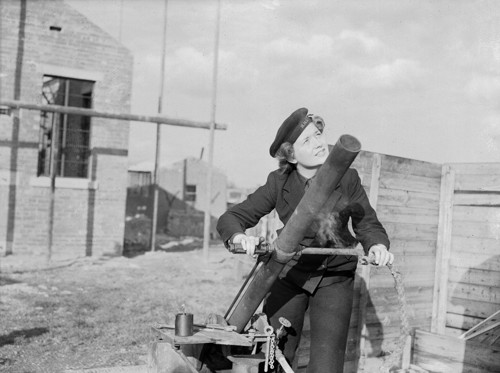 Second World War Wren operates an anti-aircraft weapon on a range at Cardiff, November 1943 © IWM A 20405

During the Second World War, Cardiff served as one of the Royal Naval bases of the Western Approaches Command. It was also the biggest coal port in the world and consequently came under repeated enemy air attacks in 1940 and 1941, and then again in 1944. Damage to property was extensive and many civilians were killed. Several bombs struck the lower cemetery, destroying hundreds of grave markers. Our civilian Roll of Honour in Westminster Abbey records the names of all the Cardiff Blitz dead, including the Palmers and their eight children, killed in their Anderson shelter at 19 Wyevern Road, Cathays on 29 April 1941. 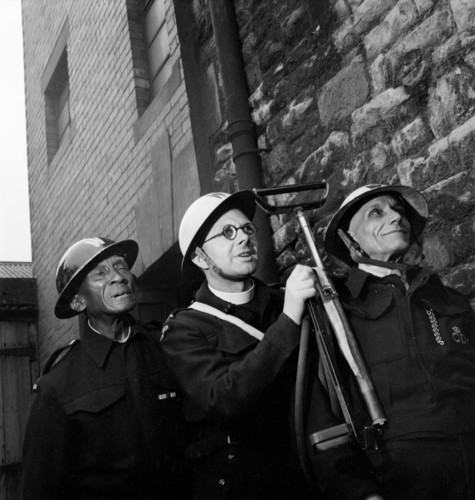 There are more than 220 servicemen and women of the Second World War buried in this cemetery, scattered throughout the upper and lower portions. Some of the Second World War airmen buried here were stationed at the Royal Air Force bases at Cardiff and St Athan. Seven of the eight servicewomen buried here were WAAFs – members of the Women’s Auxiliary Air Force.

When the cemetery was announced in 1858, it was to be both a burial place and somewhere for peaceful walks in nature. In the spirit of the original goals of the cemetery, why not take a walk around to pay your respects to over 700 Commonwealth and Allied servicemen and women of the two world wars that the CWGC is proud to commemorate in Cathays Cemetery.

Before visiting we recommend you visit

This example of a grand Victorian garden cemetery is where the CWGC commemorates more war dead than anywhere else in Bristol. Many were buried by their next of kin, but others are far from home indeed

Amongst the many thousands of civilian burials here are 254 Commonwealth War Graves, 158 from the First World War and 96 from the Second.

Visit the largest group of war graves in this part of Mid Wales. Thirteen servicemen of the First World War and eleven of the Second lie here, most of them under the familiar CWGC pattern headstone.

Owned by the MOD but cared for by the CWGC, come and visit a century’s graves of men of the army, navy and air force. Forty are First World War graves, while 33 were buried here between 1939-1947.