Celebrating Christmas in the Netherlands

The Christmas period is a time of celebration and tradition. Here, CWGC Historian Sanna Joutsijoki explores a Finnish tradition that lights up our Dutch cemeteries in celebration. 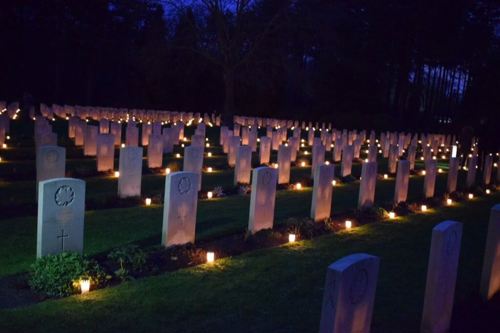 On Christmas Eve in Finland people remember those who are not anymore with us. For many the visits to the cemeteries where candles are lit on the graves of the loved ones, form an integral part of the Christmas Eve.

The tradition dates back to the 1920’s but during the Second World War it became more widespread.

This Finnish tradition was introduced to Holten Canadian War Cemetery in 1991 by a Finnish lady living in the Netherlands, Mrs Leena van Dam. Since then candles have lit the graves of the Commonwealth servicemen in Holten on Christmas Eve. 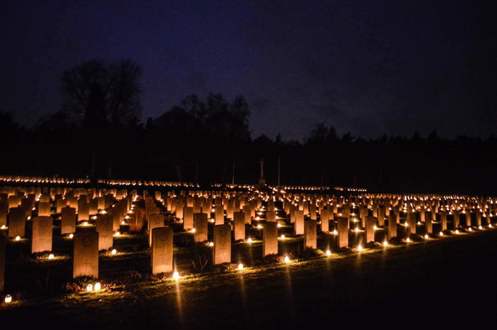 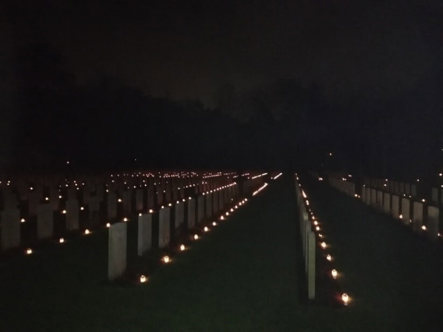 She financed the initiative for five years after which the foundation “Welcome Again Veterans” took over the funding. Since 2012 the ceremony has been organised by the local branch of the Stichting Viering Nationale Feestdagen. Local schoolchildren play an important part in the ceremony as they place the burning candles on every headstone at the cemetery. 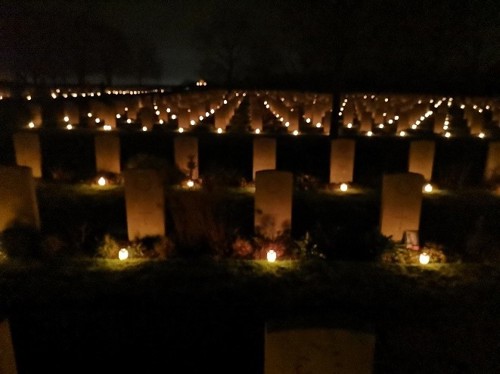 In the past few years in many more locations in the Netherlands candles have been placed on the war graves on Christmas Eve to remember the sacrifice of those who were killed in the two world wars. These initiatives take place in prior agreement with the cemetery authorities.

This year, in Holten and elsewhere, candles were placed on the graves under different circumstances than before, by small groups of volunteers without public attendance, in accordance with the local measures to stop the spread of the corona virus.

Over the year, due to the pandemic, some commemorative events have been cancelled, some have been postponed and some have been organised following strict public health guidelines, often without any public. While it may not have been possible to place candles on the war graves this year as in the previous years, we can take a moment of silent reflection in our hearts to remember the fallen and let their memory bring light to the dark winter night.

In a year like no other, many of our usual traditions and celebrations are impossible to carry out safely. If you are unable to visit one of our sites and pay your respects in person, we would love for you to add a tribute to our digital Wall of Remembrance.

Add a tribute to our digital Wall of Remembrance

Join us in an act of virtual remembrance and remember those Commonwealth men and women who made the ultimate sacrifice during both world wars.