CWGC in Iraq – Our History and the Future

There are more than 54,000 Commonwealth war casualties in Iraq at some 19 key points of commemoration - almost 3% of the total casualties in the Commission’s care worldwide. Only in France, the United Kingdom, Belgium and India does the CWGC have a larger commitment. Prior to 2002, the Commission had a strong operational presence in-country and our war cemeteries were secured, monitored and properly maintained. Indeed in the 1950s, 1960s and 1970s many of the sites were fully landscaped and contained an array of horticulture. However, the last working visit by CWGC staff to Iraq was in 2006. 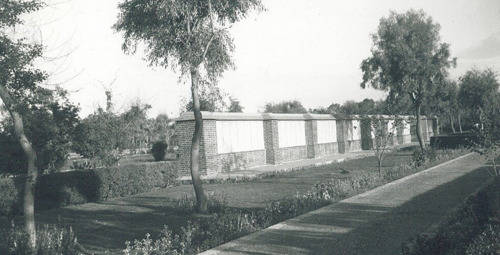 Basra War Cemetery in the 1950s

Unfortunately, conflict and the security situation over recent decades enforced the Commission’s absence for many years. The lack of regular maintenance and the harsh climate have naturally taken their toll on the Commission’s sites, particularly over the last 12 years, and many of the CWGC cemeteries have fallen into an advanced state of disrepair due to the lack of accessibility. However, the Commission has always taken the long term view of such situations and over the last six years, it has started to re-establish its presence.

In 2012, using third party contractors in-country, we completely rebuilt CWGC Kut War Cemetery and it now stands as a  benchmark for what we hope to eventually achieve at many of our Iraqi sites in the future. 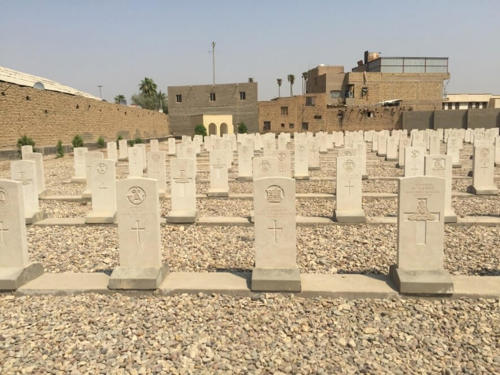 In May 2018, and after an extensive assessment, three CWGC staff from its Africa and Asia Pacific  operational area, finally deployed to Iraq to conduct the first working visit in 12 years.  The tour focussed on Basra and technical inspections included both war cemeteries and the magnificent Basra Memorial which Saddam Hussein had moved from its original position at Basra Docks into the desert.

The visit proved to be very positive and particularly as the local environment in the Basra region has now largely ‘stabilised’.  There is also a good contractor base in the city for the Commission to explore for future works.  Both of the main CWGC sites - Basra War Cemetery and Basra Indian Forces Cemetery - had the headstones removed in the 1930s, but are free of debris and secure thanks to our recent work projects.  Encouragingly, the local people who made contact with us during our site visits were both welcoming and delighted to see us in-country – they also expressed their excitement that the CWGC was potentially looking to restart its operations.  The Basra Memorial, despite its history, remains in a physically stable condition and is also secure thanks to our new concrete boundary wall.

There are different options to consider going forward and the CWGC will now determine the best technical solution for its historic estate in Iraq.  Our organisation is delighted to be able to start working towards re-establishing its presence in this fantastic country and we hope that our future work will in some way also have a positive effect on local everyday life, in addition to ensuring those buried and commemorated there are properly remembered.