It’s VJ-Day, marking 77 years of the surrender of Imperial Japan and the end of World War Two. Join us for a quick tour of our Asian cemeteries & memorials to mark the occasion.

Why are there World War Two war graves throughout Asia?

The war in the FaR East

Imperial Japan had begun expansionist efforts to control much of East and South Asia with the invasion of China in 1937.

A surprise attack on Pearl Harbour, Hawaii, on December 7th, 1941, caught the United States off guard. More Japanese offensives would be launched near-simultaneously, with invasions of the Philippines, Thailand, and Hong Kong resulting in victory after victory.

For the British, the darkest hour of the Pacific Campaign came in February. 1942 with the Fall of Singapore. 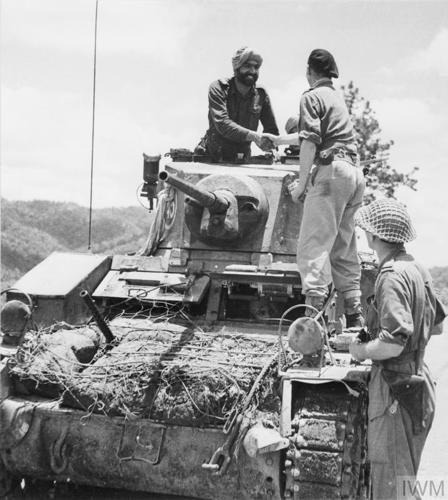 By 1942, Imperial Japan had carved out an empire stretching from the home islands in the northern Pacific to Borneo and Indonesia in the south.

However, with limited resources and heavy industry compared with its opponents, the once all-conquering Imperial Japanese army was beginning to be overstretched. The United States had begun turning its considerable economic and military might towards the Pacific, while Britain was able to start reorganising and orchestrating its forces to begin the fight back to protect its Far East interests and territories.

Starting with Australian troops’ victory over Japanese Marines at the Battle of Milne Bay, New Guinea in September 1942, the first land victory of the Pacific War, the tide would begin to roll back.

Victory in Asia was still a long, tough slog for all combatants. The Burmese Campaign, featuring the largest British Army of the war, would last from 1942 to 1945, for example.

Millions of men from the UK, India, Australia, New Zealand, Canada, and Pacific Territories like Fiji and New Guinea, fought hard battles alongside comrades from the US, China, and The Netherlands, to push back an enemy that very often refused to surrender.

The war in the Far East would end with the 6th and 9th August 1945 atomic bombings of Hiroshima and Nagasaki by the US. Following these epochal events, Emperor Hirohito announced Imperial Japan’s formal surrender on August 15th.

While the Instrument of Surrender would be formally signed on 2nd September, August 15th remains the day we mark VJ-Day.

Who fought in the Far East?

The British Empire sent men from all over the world to fight in Asia. For Dominions like Australia, India, and New Zealand, the Imperial Japanese marked an existential threat. Invasion was a very real possibility. and indeed, the Japanese did try to invade northern India during the war.

British and Empire troops would fight in key battlefields across Asia, including the Solomon Islands, Borneo, New Guinea, and Burma (now Myanmar). Throughout these campaigns, these forces would be supported by troops from around the region. Fijians and the peoples of Borneo, New Guinea, and similar nations were integral to the war effort.

Where are our Asian war graves?

The fighting in Asia covered a huge geographic span, reaching from Okinawa and Japan itself, including air raids, to mainland China, Burma, Thailand, Indonesia, and a multitude of Pacific Islands.

Because our focus is on the Commonwealth and its armed forces, you will find our war graves, cemeteries, and memorials in locations where these men and women served. This includes high in the mountains of Northeast India, across Myanmar, and throughout the islands and nations of the South Pacific.  We even maintain war graves in Japan.

Here’s just a handful of our sites throughout Asia. We look after many cemeteries and memorials throughout Asia, located close to or on some of the Pacific’s key battlefields. 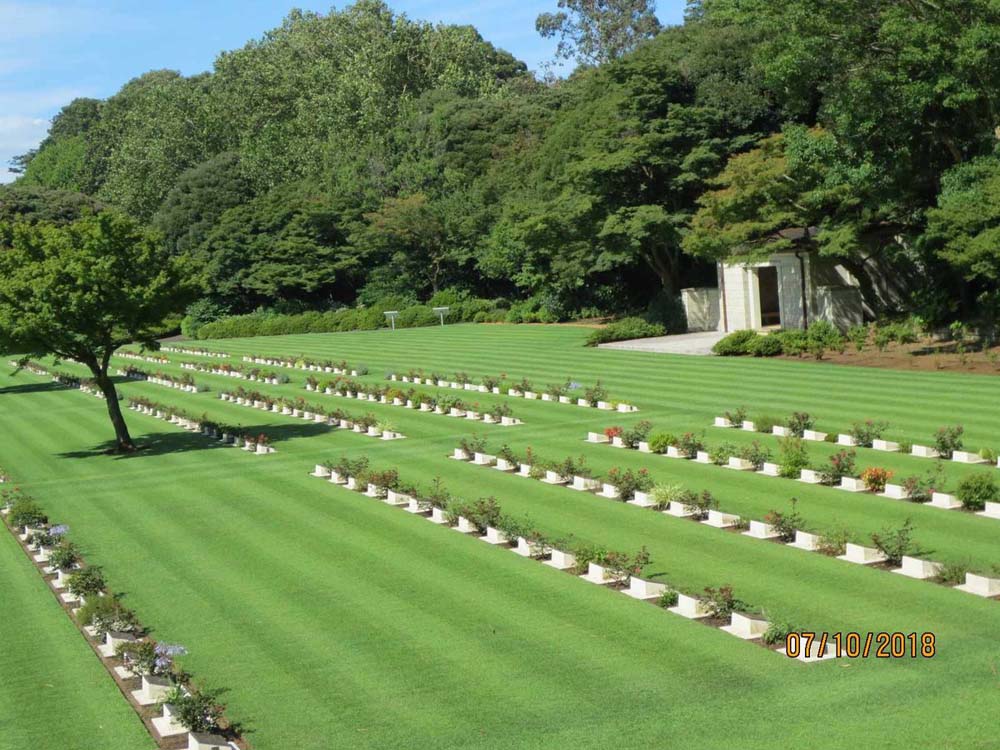 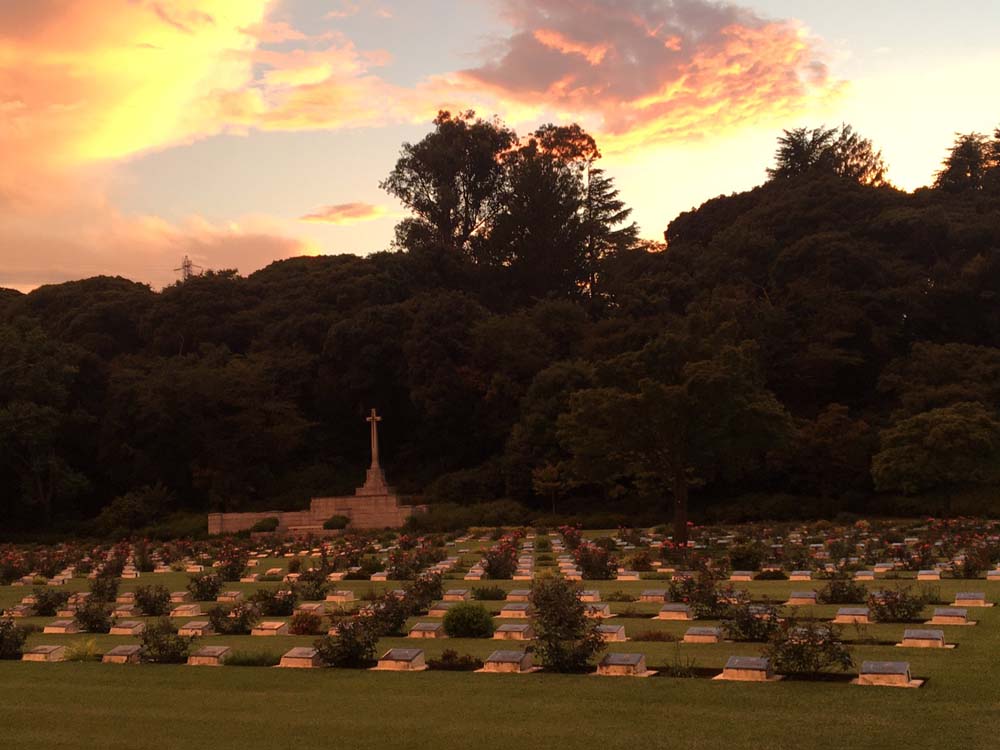 The sun sets of Yokohama.

Nestled in one of the busiest urban areas in the world sits a green oasis of peaceful calm. Although not laid out like a traditional Japanese zen garden, the Yokohama War Cemetery offers a similar feeling of peace and serenity.

For the roughly 500 burials here, their peaceful surroundings belie the exceptionally trying conditions of their deaths. The bulk of men commemorated at Yokohama were unfortunately prisoners of war. Imperial Japanese treatment of POWs was particularly brutal. Many of these men would have been starved, tortured, and worked to death.

Yokohama is split into four sections: UK, New Zealand, Australian, and Canadian. Within the grounds of the cemetery, you will also find the Yokohama Cremation Memorial. This shrine holds the ashes of 335 sailors, airmen, and soldiers of the Commonwealth, US, and The Netherlands who died as POWs in Japan. Their names, apart from around 50 who are currently unidentified, are inscribed on the shrine’s walls.

The Yokohama Memorial commemorates 20 servicemen of the Army of Undivided India and Royal Indian Air Force who died during the post-war occupation of Japan that have no known grave.

The lone non-war burial at Yokohama belongs to a true supporter of the Commission: Len Harrop MBE. Len was a former soldier who was Guardian of Yokohama War Cemetery for over three decades. He lies alongside his former charges who he cared for for so long. 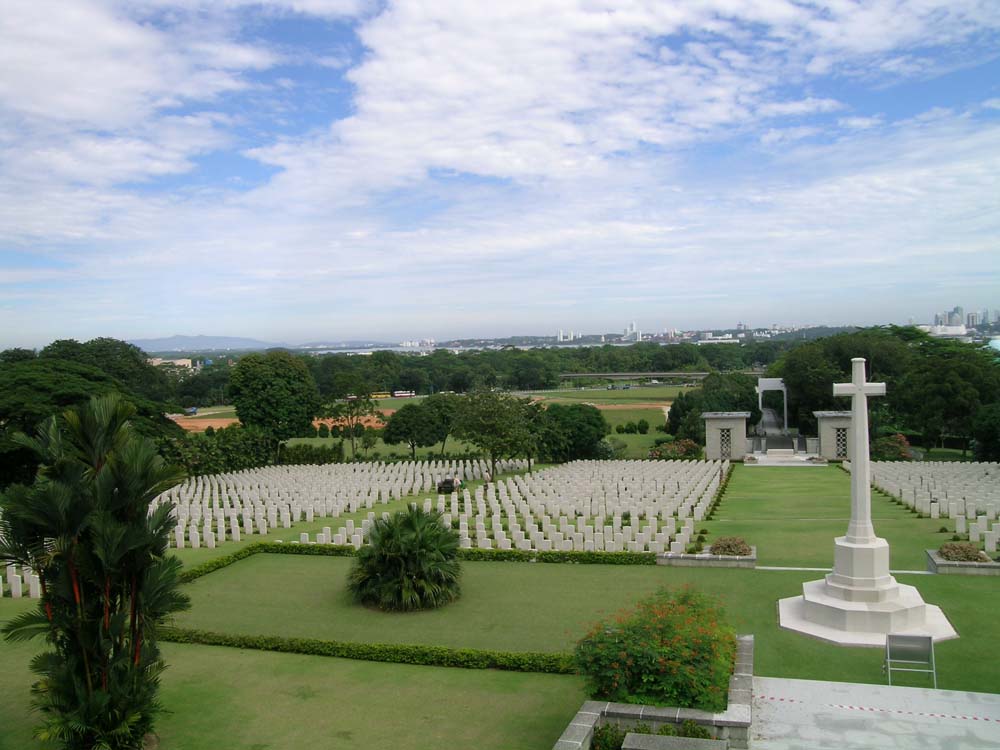 The view from Kranji's Cross of Sacrifice. 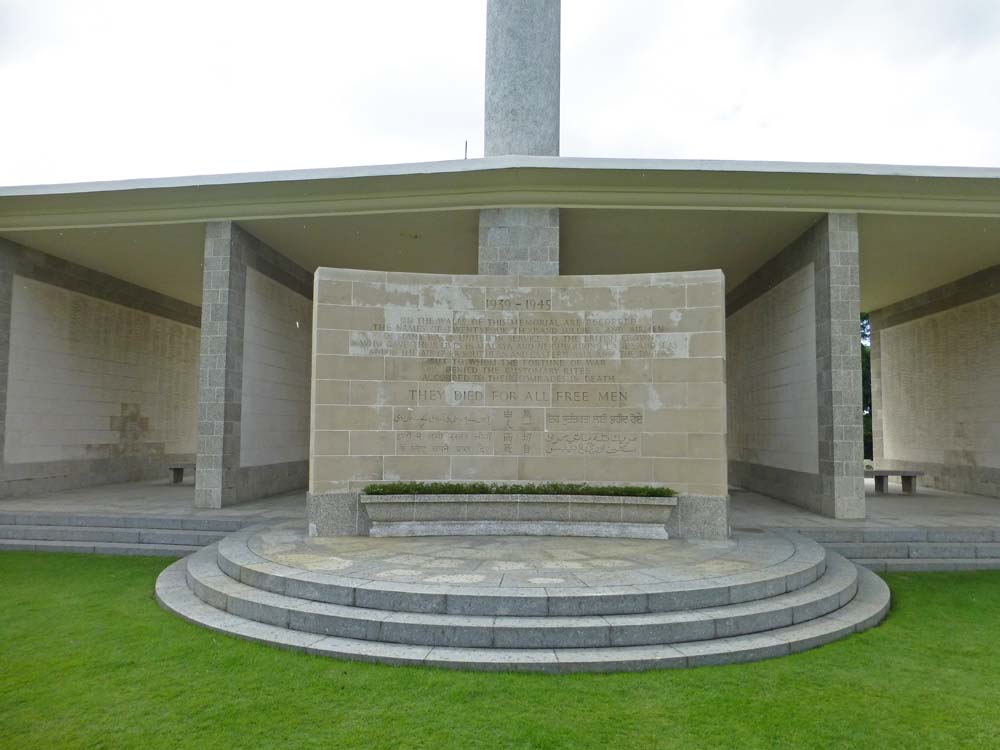 Nearly 4.500 World War Two burials can be found in Kranji War Cemetery. The service people represented here are a mixture of Commonwealth troops and Chinese allies that died during the Japanese occupation of Singapore in 1942.

Servicemen of all ranks lie next to each other in keeping with the Commonwealth’s commitment to equality. 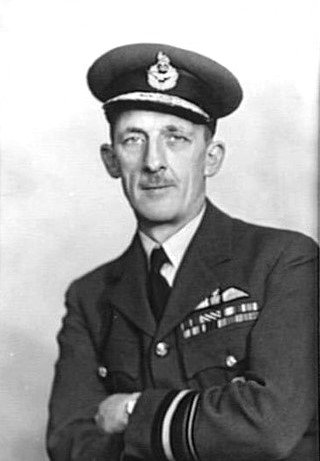 Amongst the fallen at Kranji is Air Vice-Marshal Conway Pulford. Pulford oversaw air defences in the Far East but had little time to adequately build up RAF forces in the region before Japan attacked Malaya and Singapore. At that time Far East Command was a low priority for the British overall, given the events happening closer to Britain in Europe.

Pulford was amongst the last to leave Singapore during the island city’s evacuation, alongside his naval counterpart Rear Admiral Ernest Spooner. Their vessel was attacked by Japanese aircraft and forced to run aground on the island of Chibia.

The survivors managed to hold out for two months before surrendering to Imperial Japanese forces. By that time, Spooner and Pulford had both died from exhaustion and malaria, demonstrating the considerable challenge and horrible conditions fighting in the Far East would bring.

A further 24,000 or so names are commemorated on the Singapore Memorial within Kranji War Cemetery. These are men who fell during fighting in Malaya or Indonesian campaigns, or in captivity. Many of them died during construction of the infamous Burma-Thailand railway. Airmen commemorated on the memorial are those who fell in operations across Southeast Asia. 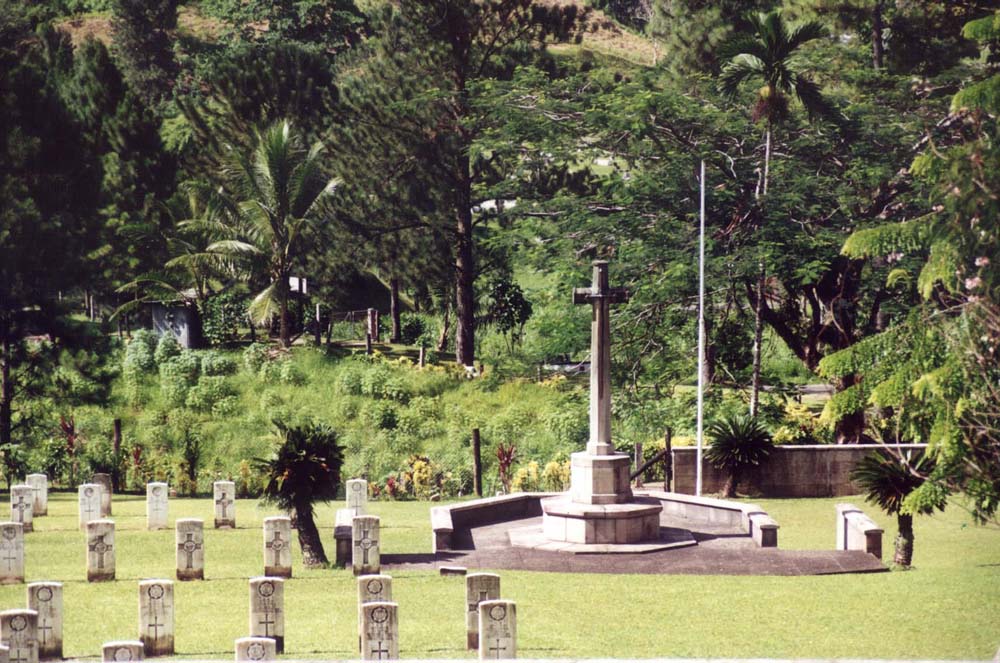 The iconic Cross of Sacrifice in Suva Military Cemetery. 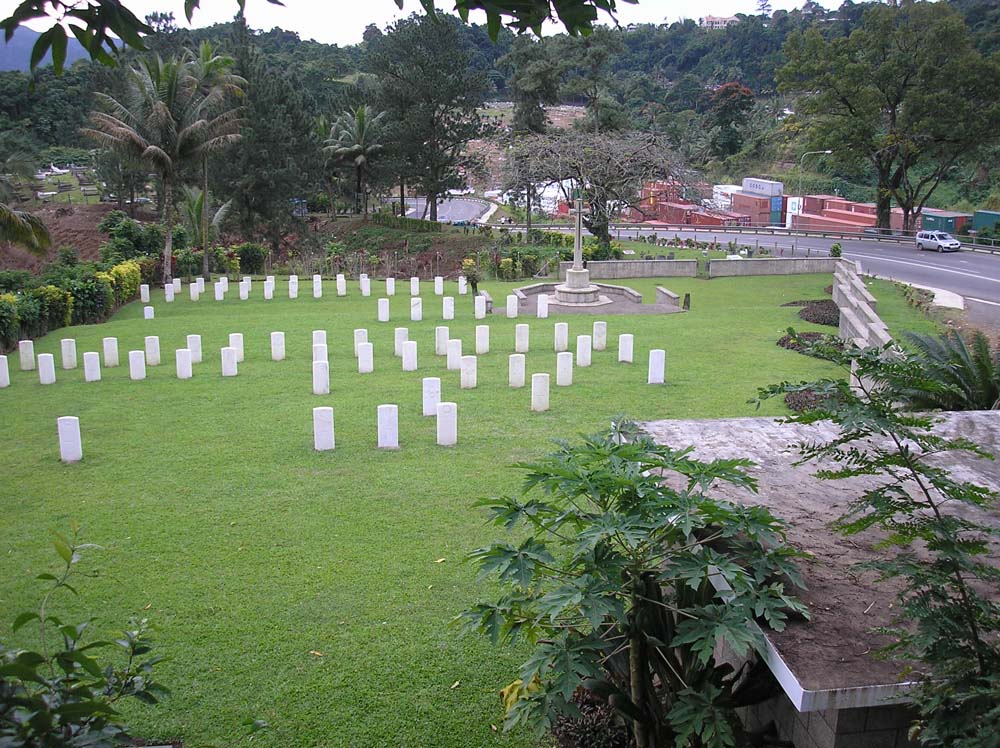 A wider view of Suva's headstones. 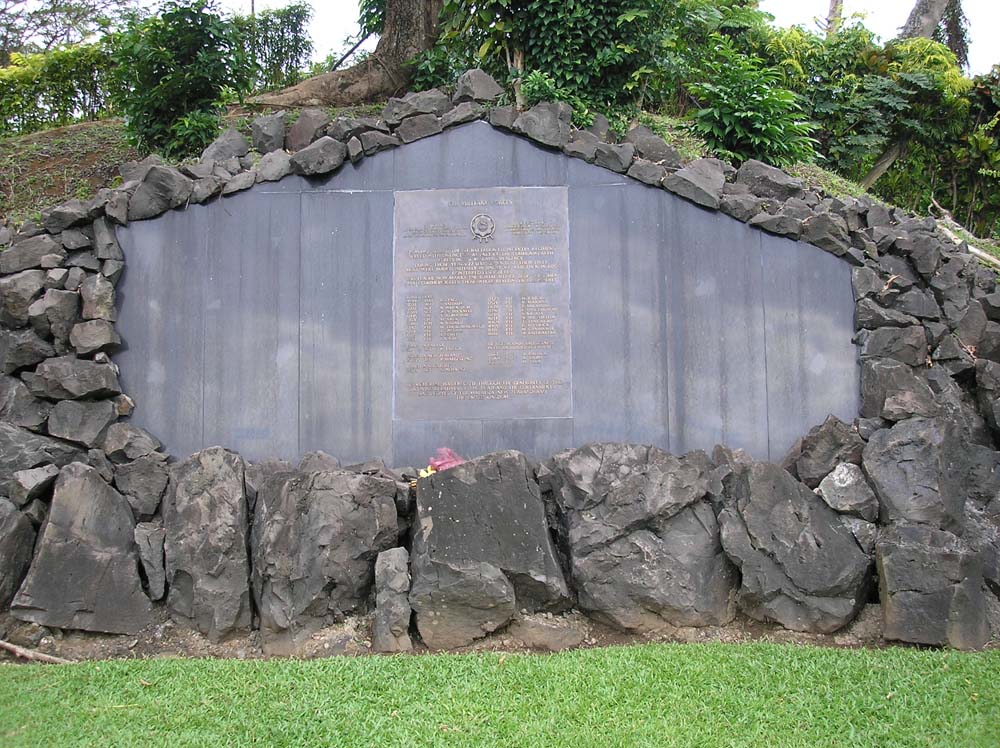 The native populations of South Asia played an important role in the defences of their respective homelands, as well as on offensive operations during World War Two. Peoples from across the region served in both combat and logistical roles to support the war effort.

The Suva Military Cemetery in Fiji holds Fijian soldiers who fell fighting alongside compatriots during Pacific campaigns. Suva itself was a key naval base during the Pacific Islands campaigns, acting as a staging post for the New Zealand Infantry Brigade and the headquarters of the Fiji Defence Force.

Young and old served during the Pacific battles. For instance, one Suva Military Cemetery burial, Private Joseva Ligavai of the Fijian Labour Corps, was 64 when he died – proof war touches every one of all ages.

Around 8,000 Fijians served in World War Two. Their ability to navigate the hostile jungle terrain and formidable ambush skills made them a force to be reckoned with in campaigns in areas like the Solomon Islands. 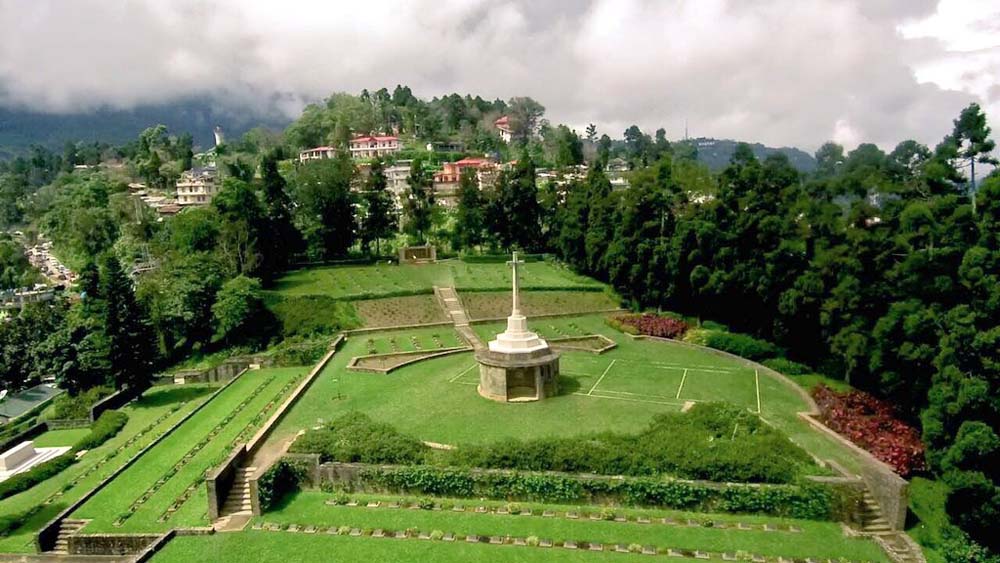 Can you spot the famous tennis court in Kohima War Cemetery? 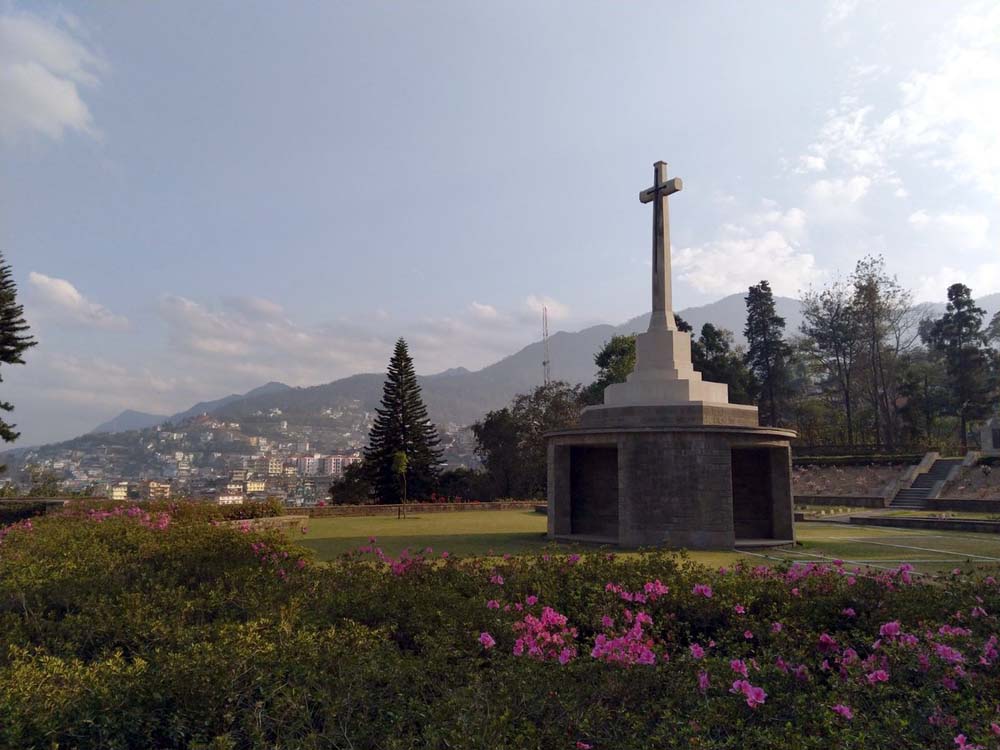 A blue sky over Kohima. 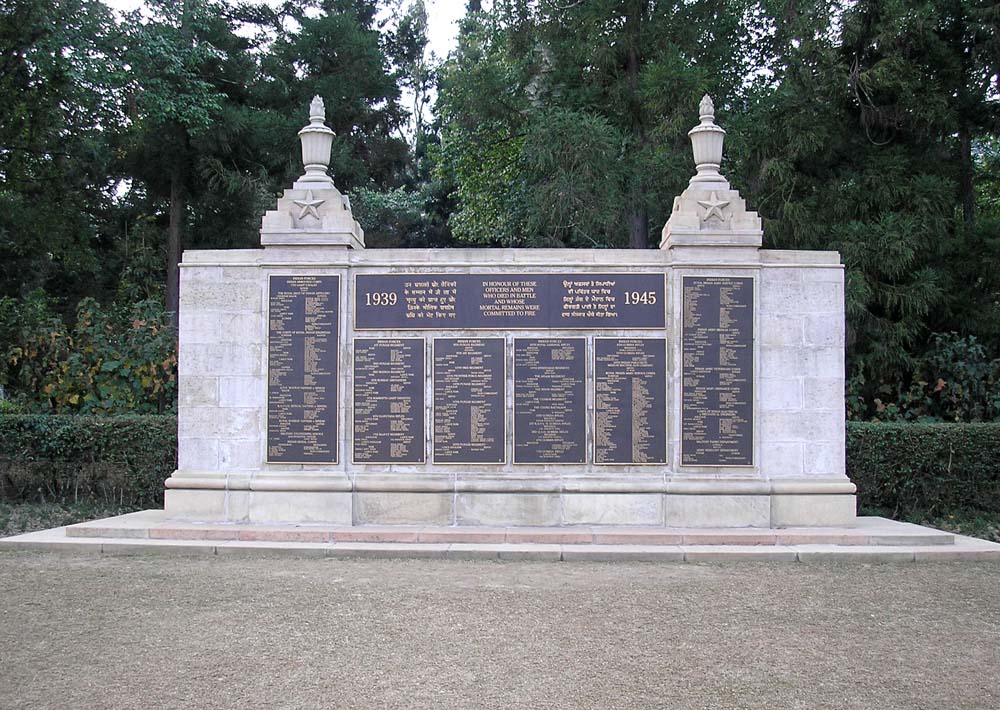 Hindu and Sikh soldiers are commemorated on the Kohima Cremation Memorial.

India’s contribution to the victory in the Far East was huge. 2.5 million men volunteered to serve, making it the largest volunteer force ever assembled. While a great many Indian troops would fight with distinction in Europe, the bulk of the Indian Army in World War Two fought in Asia.

The Battles of Kohima and Imphal, in which Indian troops played a massive role, marked a turning point in the fight for Burma. In early April 1944, the Imperial Japanese launched Operation U-Go, launching attacks on India proper. The city of Imphal, close to the Burmese border, would act as the ideal air base for Japanese raids into India and also cut off the Allies’ ability to supply China from the air.

Despite the city soon being surrounded, the Indian army held its ground and was soon able to launch successive counterattacks to push the Japanese back into Burma.

Simultaneously, the Japanese were attacking the city of Kohima, some 85 miles north of Imphal. At Kohima, a hastily organised defence force of British and Indian troops under Colonel Hugh Richards was bought up to face 15,000 enemy combatants.

The fighting at Kohima was intense. The fiercest hand-to-hand combat took place across the gardens and tennis court of Kohima’s Deputy Commissioner’s bungalow. At one point, the British defensive position was reduced to just 350 square metres.

The Japanese assault on Kohima was launched on 5th April and lasted two weeks. The beleaguered Kohima garrison managed to hold on, before being relieved on the 18th when Indian army troops of the 1st Punjab Regiment broke through the Imperial Japanese lines.

Imphal and Kohima stopped dead the Japanese assault on India. They also mark the turning point in the campaign for Burma. By pushing the Imperial Japanese back over the border, the reinvigorated 14th Army gained confidence and momentum.

This would carry over until the Burma Campaign ended in August 1945 with the final defeat of Imperial Japanese troops stationed there.

A further 900 or so Sikh and Hindu soldiers who were cremated in accordance with their faith are commemorated on the Kohima Cremation Memorial.

If you notice, the famous tennis court can still be seen within the grounds of Kohima War Cemetery.

The desperate fighting at Imphal and Kohima prompted individual gallantry amongst the defending soldiers. Three Victoria Crosses, the British military’s highest honour, were awarded during these battles. 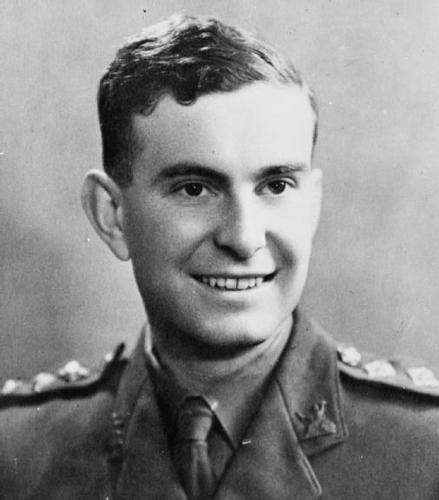 Two VC winners are buried at Kohima: Captain John Niel Randle and Lance Corporal John Harman. Both displayed intense self-sacrifice and disregard for their own personal safety in the defence actions around Kohima. Each gave their lives to protect their comrades at massive, and ultimately fatal, risk.

The final VC winner awarded for fighting in India during the Second World War was 18-year-old Abdul Hafiz. Abdul is buried alongside his comrades in our Imphal War Cemetery.

You can find all our memorials and cemeteries in Asia using our Find War Cemeteries and Memorials tool. Filter your search by country to discover them. In the meantime, here are a few of our sites demonstrating the various locations throughout Asia linked to World War Two.