Remembering the Pilots of the Battle of Britain

Discover what happened during the Battle and learn about the Battle of Britain pilots killed in action.

From July to October 1940, much of the fighting during World War Two in Western Europe was concentrated in the skies above the channel and the south of England, pitting the might of the German Luftwaffe against the pilots of the RAF. 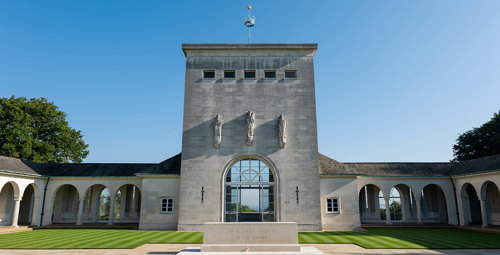 Following the evacuation of Dunkirk, the German High Command were certain that air superiority over the channel would be vital ahead of the planned invasion of the British Isles. To achieve this, Hermann Göring, Commander-in-Chief of the Luftwaffe (Germany’s air forces), was commanded to clear the way for invasion. The Battle of Britain had begun.

What Was the Battle of Britain?

Starting on 10 July 1940, German air forces began a sustained attack on allied shipping in the channel as well as airfields and radar stations in the south of England. Throughout that summer, the Luftwaffe made attacks as often as the weather would allow, either against shipping in the channel or against targets further inland. Time and time again the RAF defenders would scramble to repel an attack, with many pilots flying multiple missions per day.

HOW LONG DID THE BATTLE OF BRITAIN LAST?

The Battle began on July 10, 1940, and finished in September, lasting around three and a half months.

WHO WAS INVOLVED IN THE BATTLE OF BRITAIN?

The Battle was fought by Great Britain (RAF) and German air forces (Luftwaffe).

HOW MANY FIGHTER PILOTS WERE IN THE BATTLE OF BRITAIN?

There were roughly 3000 men of the RAF, dubbed by Winston Churchill as ‘the few’, who fought in the Battle of Britain including men from around the Commonwealth and European countries like France, Poland and Czechoslovakia.

But the success of the battle also included countless mechanics, radar operators, ground crew, medical teams and more without whom the pilots could not have fought effectively.

Likewise, the other services within the RAF, such as Bomber Command and Coastal Command, as well as the Army and Navy played important roles in the success of the battle.

WHO WON THE BATTLE OF BRITAIN?

The Battle was won by the British Royal Air Force (RAF).

HOW DID BRITAIN WIN THE BATTLE OF BRITAIN?

While the Luftwaffe had the numbers, the RAF had some advantages too. The location of the fighting above the south of England meant that the German forces had much further to travel. This had two major advantages.

Firstly, when the German forces attacked, advancements in radar technology meant that the RAF would get advanced notice, allowing them to get up in the air and ready to pounce. Following the fight, RAF pilots could get back to their airfields, refuelled and rearmed sooner, ensuring they were ready for the next scramble.

Secondly, the distance also meant that the German aircraft were operating at far longer ranges. The bombers, such as the Heinkel He-111 and Junkers Ju-88, could not carry the bomb loads that would cause significant enough damage, while the Messerschmitt Bf 109 fighters did not have the fuel loads that would allow them to enter sustained combat with the RAF Spitfires and Hurricanes.

As the summer and fighting wore on, the window of invasion of Britain was beginning to close. The Luftwaffe redoubled its efforts to seize control of the air with a series of large-scale attacks on both military and civilian targets. As RAF bombers had previously hit German residential areas, German bombers would also begin dropping bombs on British towns and cities, the opening salvo of The Blitz.

On 15 September 1940, the Luftwaffe launched two large scale operations that were something of a final throw of the dice. Two days after they were repelled, Hitler and the German High Command ultimately postponed the invasion of Britain.

For Fighter Command and the rest of the RAF, the war was far from over, but the Battle of Britain had been won. 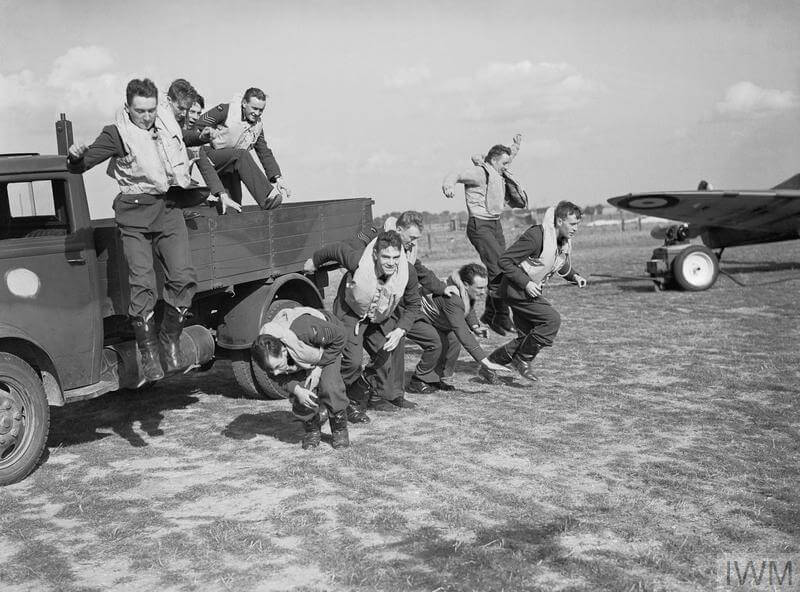 WHO WERE THE PILOTS IN THE BATTLE OF BRITAIN?

The pilots that flew these famous aircraft were predominantly young men whose training was often fast tracked as Fighter Command struggled to replace the losses it had already suffered in the opening months of the war.

The ranks of the RAF were swollen by pilots from around the Commonwealth and other allied powers. Volunteers from Canada and New Zealand joined men from Poland and Czechoslovakia who had escaped capture by German forces. Additional pilots from countries as far away as Australia, Jamaica and America also flew for the RAF that summer.

One of the most famous RAF pilots of the Battle of Britain was Douglas Bader. In 1939, Bader attempted to re-join the RAF despite having previously lost both legs in a plane crash. Despite this, Bader had taught himself to use prosthetic legs and was still able to fly.

Bader flew during the Battle of Britain, reportedly shooting down 10 enemy planes in one day, and received a Distinguished Service Order for his exploits during the battle. Bader later also won a Distinguished Flying Cross (DFC) in 1941, but during an operation over France was forced to parachute from his damaged Spitfire and was subsequently captured. Bader spent the rest of the war as a prisoner of war.

Bader survived the war and eventually left the RAF and returned to civilian life. He was knighted in 1976 for his “services to disabled people”.

Squadron Leader Archie McKellar flew in 605 Squadron during the Battle of Britain, where he became one of the few pilots of the war to become an ‘ace in a day’ – downing five enemy aircraft in one day.

He won a DFC in August 1940 after shooting down three Heinkel He-111s attacking Tyneside, before earning a Medal bar for the DFC during the heavy attacks on 15 September 1940, continuing his prolific rate.

In November 1940, McKellar died after being shot down during a dogfight with Messerschmitt Bf 109s. He is buried at Glasgow (Eastwood) New Cemetery.

HOW MANY PILOTS DIED IN THE BATTLE OF BRITAIN?

544 RAF pilots of Fighter Command and more than 2,500 German aircrew were killed during the Battle.

There were a further 718 airmen of Bomber Command and 280 of Coastal Command killed during the battle, as well as more than 23,000 civilian deaths as a result of the battle.

Explore some of the national memorials and war graves commemorating the Battle.

The Battle of Britain Memorial

On a clear summer day, if you stand at the top of the tower at Runnymede Air Forces Memorial, on Coopers Hill in Surrey, you’ll have views stretching from the lush greenery and the river Thames, towards London and Heathrow airport.

The war memorial itself commemorates men and women who served in the RAF across the Second World War, bearing the names of those who went to war and never returned. One such example is Squadron Leader Brian Lane who flew throughout the Battle of Britain while serving in 19 Squadron. Squadron Leader Lane died in 1942 over the Dutch coast and is commemorated on Panel 65 at Runnymede Memorial.

At Westminster Abbey, you’ll find the RAF Chapel and stained-glass Battle of Britain Memorial Window. Unveiled in 1947, the memorial window is designed to pay tribute to those who flew in the Battle of Britain as well as the ground crew and other support staff who contributed to the victory.

It includes the flags of the nations represented during the battle as well as the badge of the Fleet Air Arm and the RAF crest and motto: “Per Ardua ad Astra”.

Also situated in Westminster Abbey is the Battle of Britain Roll of Honour, which contains the names of 1,497 pilots and aircrew killed or mortally wounded during the Battle.

81 years after the end of the Battle of Britain, it remains a conflict that still captures the imagination. The dashing pilots and iconic aircraft have been immortalised in books, pictures and on the big screen.

Speaking in Parliament in 1940, Prime Minister Winston Churchill commemorated those who fought with one of his most remembered statements: “Never in the field of human conflict, was so much owed, by so many, to so few.” Now, more than 75 years after the end of World War II the CWGC continues to commemorate the war dead who lost their lives in the skies during one of the key points of the war.

Share this on
Tags Battle of Britain Runnymede Memorial Remembrance