The Man Who Never Was

In a quiet corner of southern Spain lies Huelva Roman Catholic Cemetery. Buried in the cemetery alongside hundreds of Spanish civilians is a single Commonwealth servicemen of the Second World War. Every two years the grave, which is marked by a private memorial rather than a Commission headstone, is inspected by CWGC staff to ensure it is in good order. The grave is that of Major William Martin, of the Royal Marines, who died on 24 April 1943, when the plane he was travelling in crashed into the sea off the coast of Spain. In his briefcase, were secret documents which could compromise Allied operations in the whole of the Mediterranean.

The tale of Major Martin 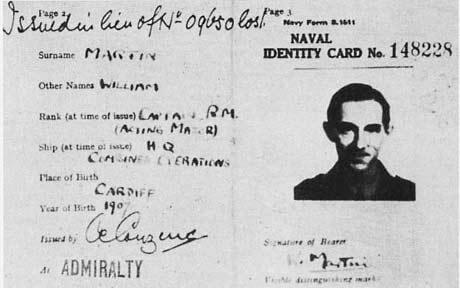 William Martin was born on 23 March 1907 to John Glyndwr Martin and Antonia Martin, of Cardiff, Wales. In the few days before his death he had been in London on leave, staying in the Naval and Military Club in St. James's Square. He had recently bought a diamond engagement ring from Bond Street for his fiancée Pam, a new shirt from Savile Row, and attended a show in the West End.

Major Martin was assigned to Combined Operations Headquarters, working under Commodore Lord Louis Mountbatten. When his aircraft crashed he was carrying secret documents, including a letter from Lieutenant General Sir Archibald Nye, Vice Chief of the Imperial General Staff to General Sir Harold Alexander, commander of the Anglo-American 18th Army Group then stationed in North Africa.

The body of Major Martin was found at around 9:30am on 30 April 1943 by a local fisherman, who duly informed the local authorities. On 1 May a perfunctory post-mortem was performed by two Spanish doctors in the presence of the British Vice-Consul and the cause of death was listed as ‘asphyxiation through immersion in the sea’. Major Martin’s briefcase along with its contents of secret papers were taken into safe keeping by the Spanish Navy. Major Martin was buried in Huelva Roman Catholic Cemetery, with full military honours the following day. 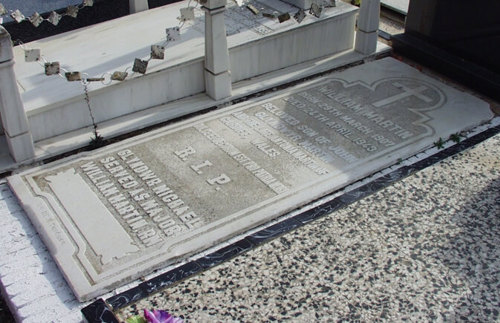 The German Abwehr (military intelligence) learnt of the briefcase and, despite Spanish recalcitrance, conspired to discover its contents. German secret agents photographed the contents of the briefcase, careful scrutiny of which showed that the Allied forces in North Africa were preparing to invade Greece and the Italian island of Sardinia in the summer of 1943.

However, the man laid to rest in Huelva Roman Catholic Cemetery was not Major Martin. Major Martin never existed. William Martin, along with the documents he carried were an elaborate forgery, a fiction conjured up in the minds of British Intelligence operatives including then Lieutenant Commander Ian Fleming, the later creator of James Bond. 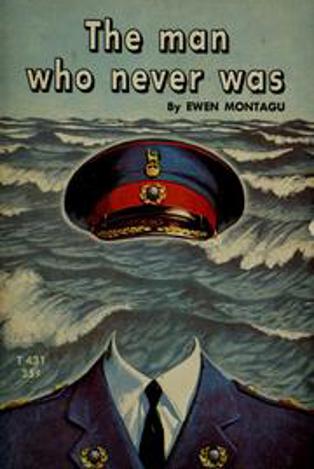 In January 1943, with the imminent Allied victory in North Africa, Allied planners decided on the Italian island of Sicily as the next target for operations and undertook the invasion no later than July that year. However, Sicily was an obvious target and so British intelligence set about deceiving Hitler and Nazi High Command into thinking that the next Allied targets were Greece and the islands of Sardinia and Corsica.

British intelligence obtained the body of Glyndwr Michael, a homeless man who died in London in January 1943. Originally from Aberbargoed in Monmouthshire in south Wales, Glyndwr had an unfortunate life. His father committed suicide when he was young and his mother had died when he was 31. He’d struggled to hold down a job and eventually drifted to London, where he died on 24 January 1943 from complications as a result of having ingested rat poison.

The body of Glyndwr came to the attention of the coroner of St. Pancras District, who’d been asked by British intelligence to keep an eye out for the body of a suitable male with no next of kin. British Intelligence then began to implement the ghoulishly named Operation Mincemeat. A false identity was created for the body of Glyndwr, including a new name, military rank and identity card, letters from a factious girlfriend and shopping receipts. The body was dressed in the uniform of a Royal Marine and a briefcase containing the fake documents was attached to the body. The body was then smuggled aboard a Royal Naval submarine and set adrift off the Spanish coast, during a favourable tide, to be picked up by the Spanish authorities. Where, it was hoped, it would come to the attention of German Intelligence. 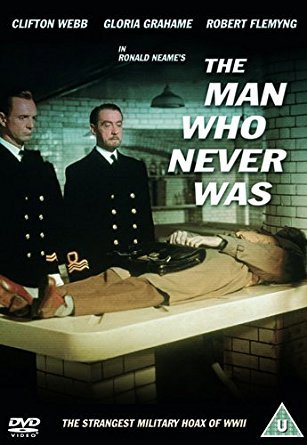 The plan worked, German secret agents passed copies of fake documents onto German high Command who believed the deception and began redeploying troops. By the end of June, the German forces on Sardinia had been doubled to 10,000. German torpedo boats were moved from Sicily to the Greek islands in preparation and German divisions transferred to Greece and the Balkans.

On 9 July the Allies launched Operation Husky, the invasion of Sicily. German signals intercepted by the Government Code and Cypher School (GC&CS) showed that even four hours after the invasion began, 21 Axis aircraft left Sicily to reinforce Sardinia. While the Sicily campaign was hard fought, the Allies archived victory in just 38 days, compared with the predicted 90 and with fewer than expected casualties.

Buried in three CWGC cemeteries at Agira, Catania War and Syracuse in Sicily are some 2,776 Commonwealth servicemen who died during the campaign (9 July to 17 August) while 698 are commemorated on the Cassino Memorial to the Missing, however the number of casualties could have been many more if not for the posthumous service of Glyndwr Michael.

The events of Operation Mincemeat are loosely portrayed in the spy novel Operation Heartbreak (1950), again with more accuracy in the book (1953) and later film (1956) The Man Who Never Was.