The Russian Prince buried in the Netherlands

Of the more than 1.7 million men and women that the CWGC commemorates, many have connections outside of the Commonwealth. One example of this, as CWGC’s Digital Apprentice Martin Nasevski uncovers, is the story of a Russian Prince buried in a Commission cemetery in the Netherlands. 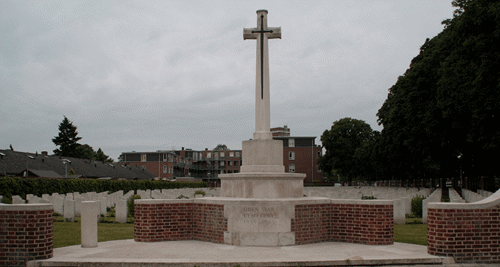 You might be surprised to learn that the Commonwealth War Graves Commission doesn’t just commemorate casualties who were from the Commonwealth, but also cares for individuals, like Captain Prince Dimitri Galitzine, who came from other parts of the world. 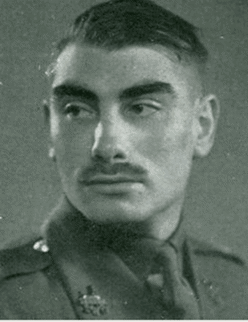 Captain Galitzine, the Russian Prince, is commemorated by the Commission in Uden War Cemetery in the Netherlands. But how did a Russian Royal come to buried at the age of twenty-six far from his own land?

We can trace back this remarkable man’s roots to a noble family in fifteenth century Grand Duchy of Lithuania. The earliest recorded traces of this family line come from the Lithuanian Prince George who would later emigrate to the court of Vasily of Moscow. Prince George’s children and grandchildren were considered boyars in Russian society; a term encompassing the highest ranks of feudal aristocracies. Throughout the centuries, the House of Galitzine would come to be at the forefront of Russian politics, the military, arts and sciences.

One of the Prince’s ancestors was Serene Prince Dmitry Vladimirovich Golitsyn, whose valiant efforts during the Napoleonic Wars led to his promotion to Lieutenant General. He later became the War Governor of Moscow for over twenty years.

Other notable members of the house include the last Tsarist Prime Minister of Russia, a Governor of St. Petersburg, a Governor of Finland, a fellow of the Royal Society, and the inventor of the first electromagnetic seismograph, who all would leave a huge imprint on Russian society and beyond.

One could be forgiven for asking how a Prince with such an illustrious ancestry would come to die alongside Commonwealth forces in the Netherlands. Throughout history, London and Moscow have had political differences and, despite their willingness to work together during the World Wars, it remains hard to see how a Russian Royal ended up giving his life for the British in the Second World War. 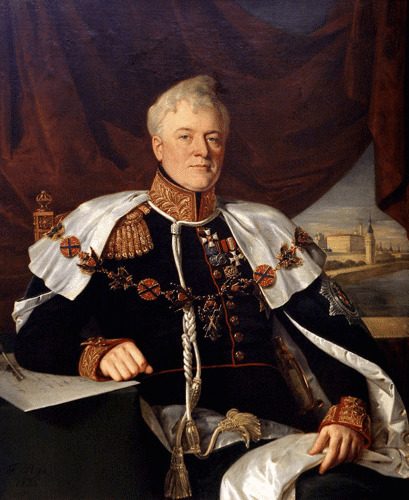 Captain Prince Dimitri was born on 16 November 1917. His father was a captain in the Imperial Russian Army’s Hussar Guards. About two years after the birth of the Prince, his father was killed by the Bolsheviks. The young Prince found himself fleeing to England on a ship of the Royal Navy, together with his mother and baby sister. 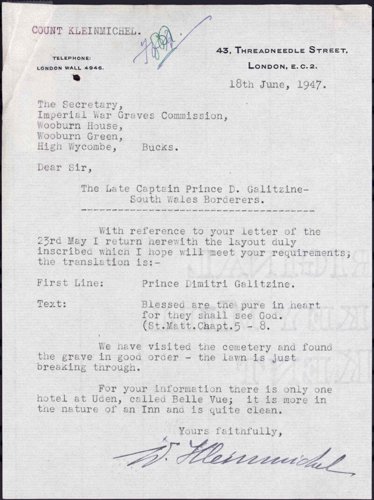 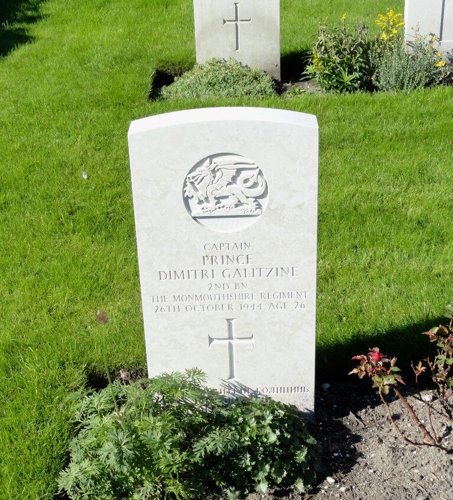 Not much is known about the Prince’s life in England, but we know that he enlisted in the British Army in 1939. The Monmouthshire Regiment, in which he was serving, would be involved in the liberation of a Dutch town called Hertogenbosch. It was during this battle that Galitzine lost his life, after sustaining fatal wounds as the liberation was taking place. He is now buried in Uden War Cemetery in the Netherlands. On his grave are inscribed in Russian the words ‘Blessed are the pure in heart for they shall see God’.

If there is one thing we can learn from the Prince’s story, it is that the title at the front of a person’s name didn’t denote a protective shield from the effects of the two brutal World Wars of the 20th century. The way in which militaries mobilised underwent a seismic shift at the outbreak of the Great War and this translated through to the Second World War. Commoners no longer viewed service to one’s nation as a degraded job reserved for the peasantry. The fight for freedom meant that huge European Powers, including Britain herself, would have to look further and beyond than they had ever done before.