Ypres (Menin Gate): A Living Memorial to the Missing

Over 90 years since its unveiling, the CWGC continues to add names to and amend the panels on the iconic Ypres (Menin Gate) Memorial.

The CWGC continuously carries out amendments to the name panels of the Ypres (Menin Gate) Memorial.

The Ypres (Menin Gate) Memorial commemorates 54,588 servicemen who gave their lives in World War One. 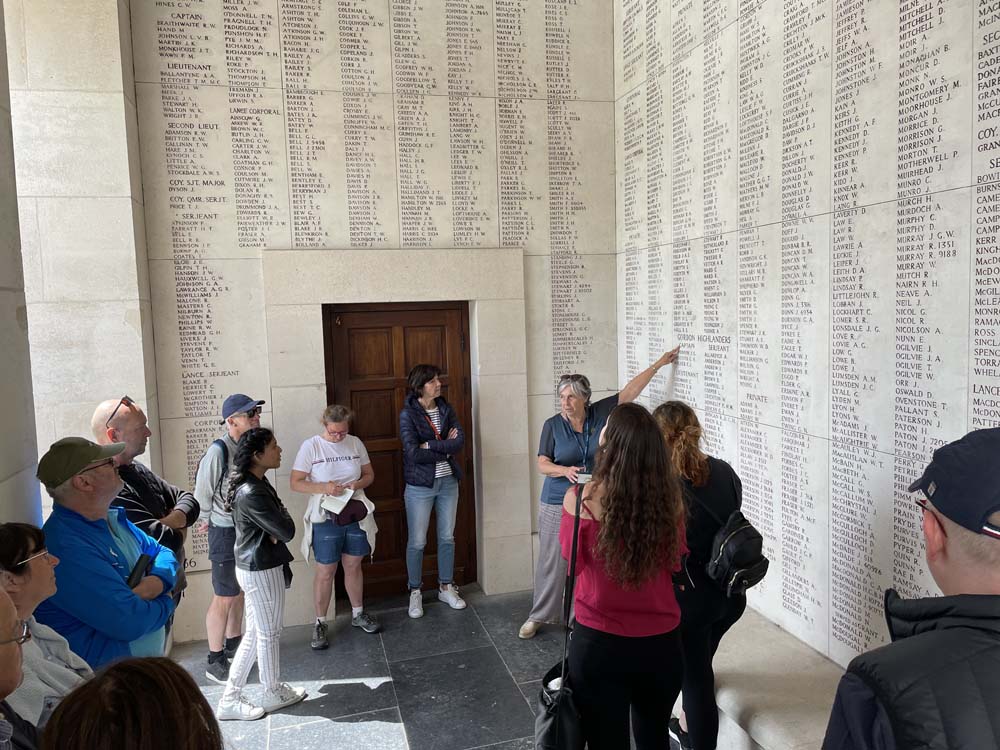 A CWGC tour guide shows one of the Ypres (Menin Gate)'s many name panels to a crowd of history enthusiasts.

Designed by Sir Reginald Blomfield, the Menin Gate is dedicated to those of every Commonwealth nationality, except New Zealand, who died in and around the Ypres Salient, Belgium, and have no known grave.

Nearly 55,000 names of soldiers who have no known grave are inscribed on the memorial's name panels. This means that their remains still lie where they fell on former Great War battlefields or are buried under a headstone inscribed with 'Known Unto God' in a CWGC cemetery.

However, the number of names on the monument is not static. For various reasons, the CWGC has to make adjustments to the existing name panels, add more names or remove them.

Even after more than a century when the weapons were laid down on the Western From, remains of soldiers are still being discovered. They might be found by farmers undertaking agricultural work or uncovered during large construction projects.

In the exceptional cases where the soldier can be identified, i.e., from items found during the exhumation, they are buried with a headstone bearing their name, and the name can thus be removed from the Menin Gate.

Occasionally, an unknown grave can be named when new historical evidence enables authorities to name a soldier.  In this situation, a name can be removed from the monument and added to the relevant headstone.

In other cases, minor changes need to be made as well. It is understandable that, in the chaos that prevailed after World War One, mistakes were made during the collection of casualty information. Family names were sometimes misspelt, for example.

To this day, the Commonwealth War Graves Commission makes every effort to correct the name panels or headstones when an error is spotted.

"Adjusting an error initially means removing the existing engraved letters," David said. "The inaccurate letters are cut out of the natural stone, after which a new piece of natural stone with a flat surface is inserted into the cavity.

"After the surface is sanded, the desired new letters are drawn in the right place using a stencil. The CWGC craftsman now engraves the letters by hand on-site. The technique of carving the letters according to the correct alphabet, and depth, requires intensive training, which is unique at the CWGC.” 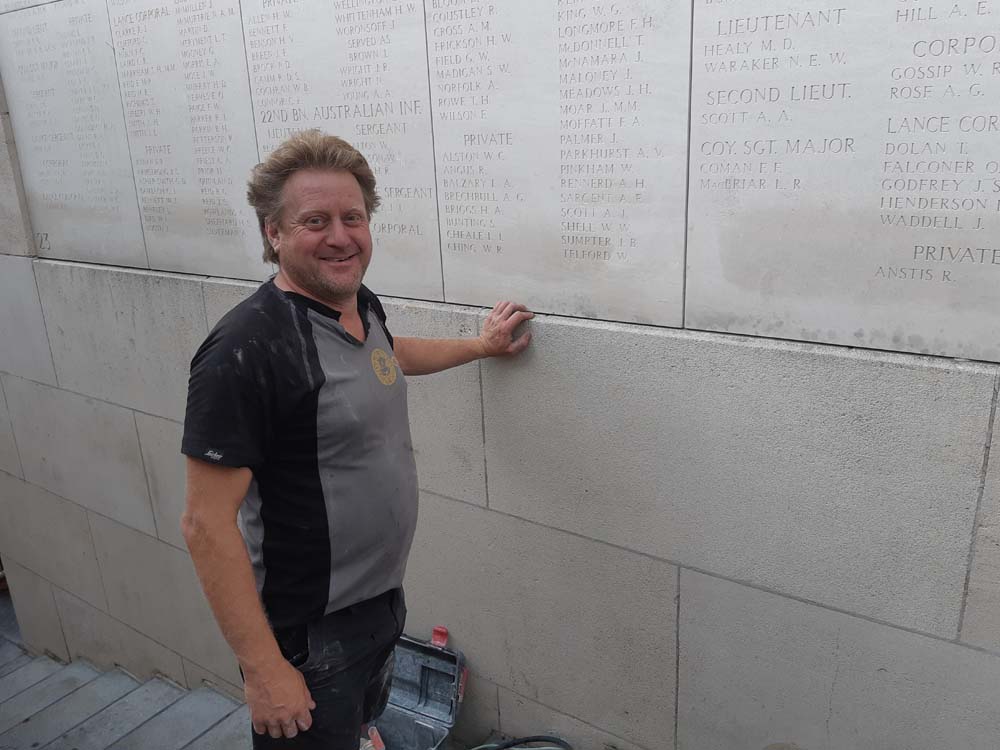 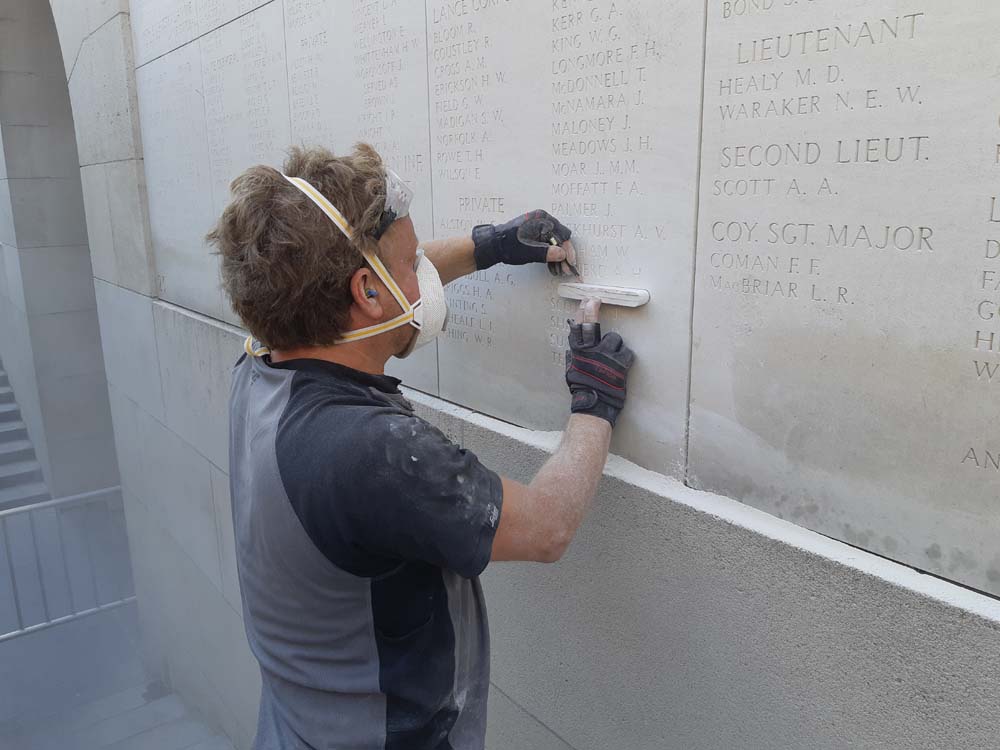 David checks the plans carefully before beginning work on the Menin Gate's panels. 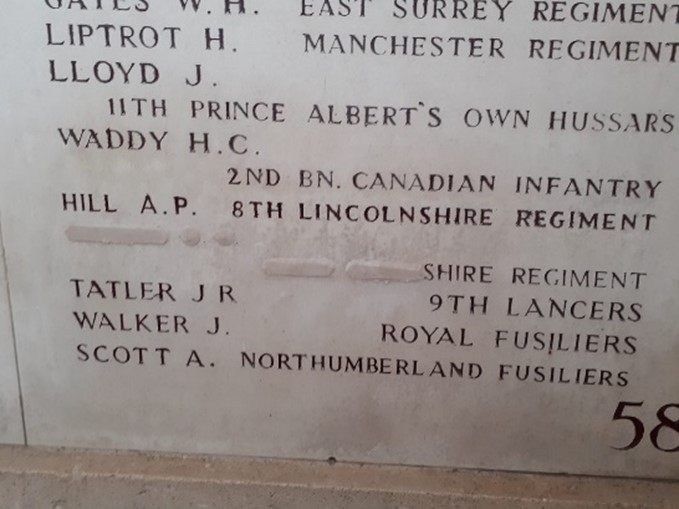 Stage one of stonework. 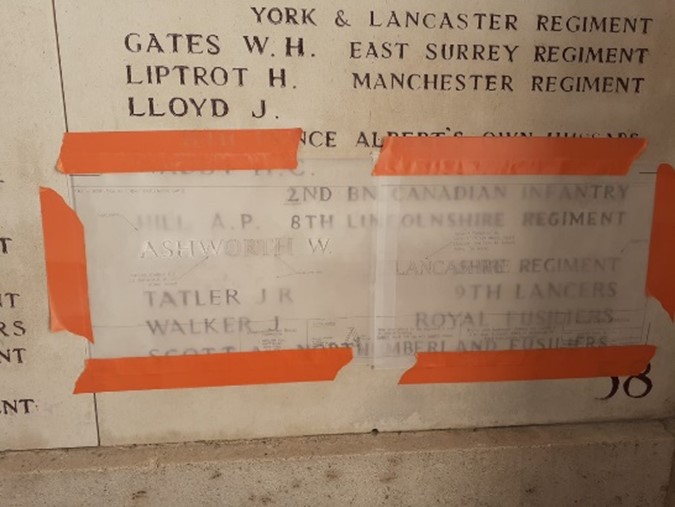 Taping off the area to protect other names. 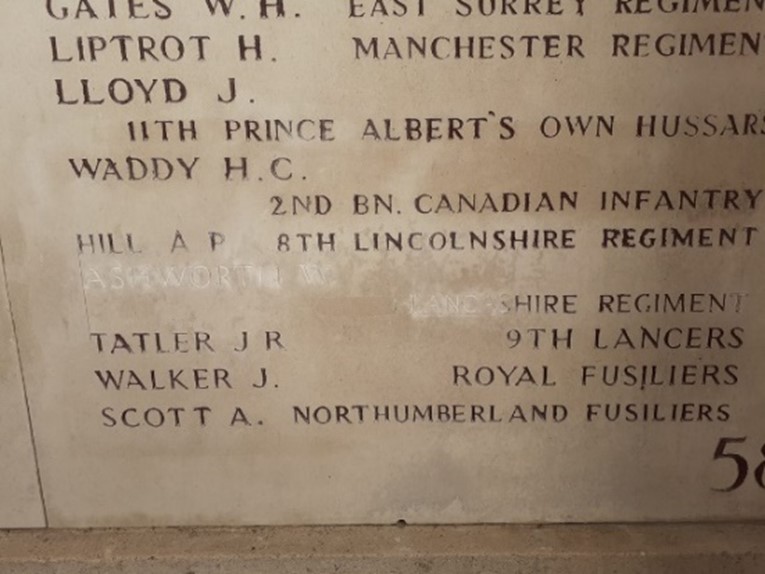 Filling in the masonry, ready for alternations. 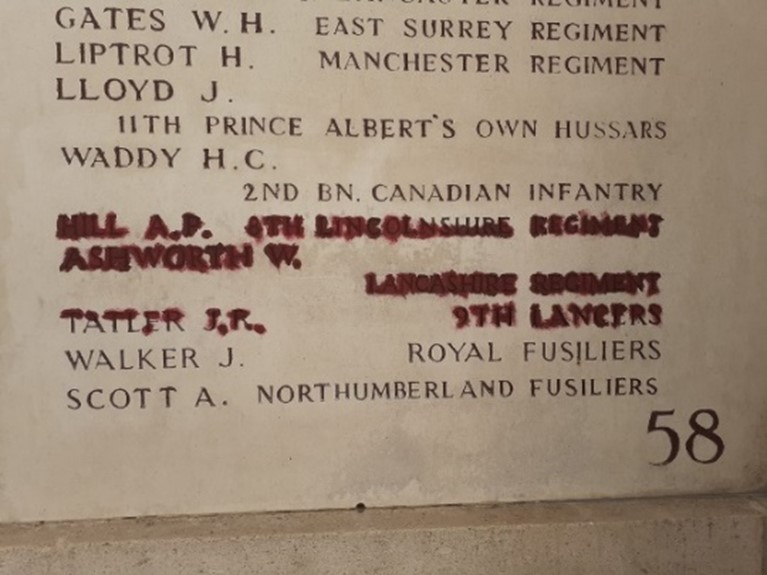 Marking out the masonry where changes will take place. 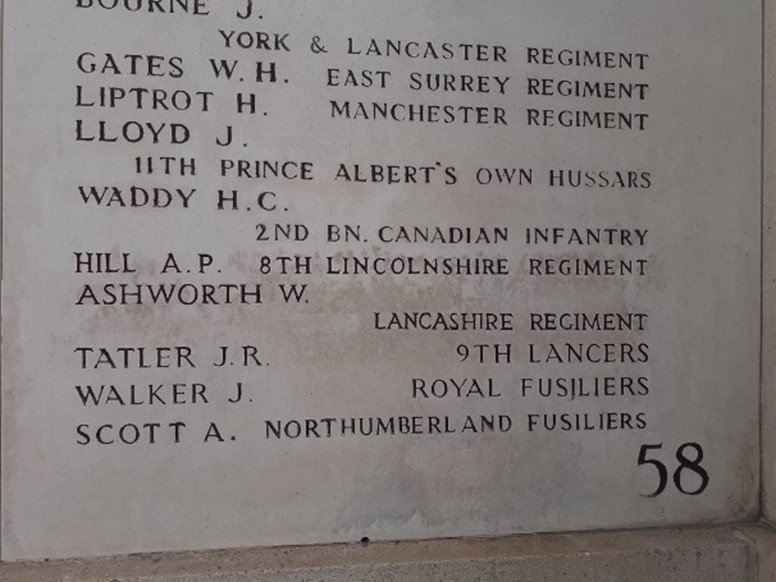 In 2023, the CWGC starts a complete restoration of the Menin Gate.

To continue the care for the nearly 55,000 soldiers commemorated on the Ypres (Menin Gate) Memorial, the roof and pointing will be renewed.

The natural stone elements, including the 1,065 square metres of name panels with individually engraved names, will be restored where necessary. The Menin Gate will disappear behind scaffolding for the entire duration of the works.

To ensure our visitors can still view a name on the monument, all panels were photographed with a drone and incorporated into a Virtual Reality application, which ensures that even the tallest and hardest-to-see names will be on view up close.

Follow the restoration closely at Restoration of the Ypres Menin Gate (cwgc.org).