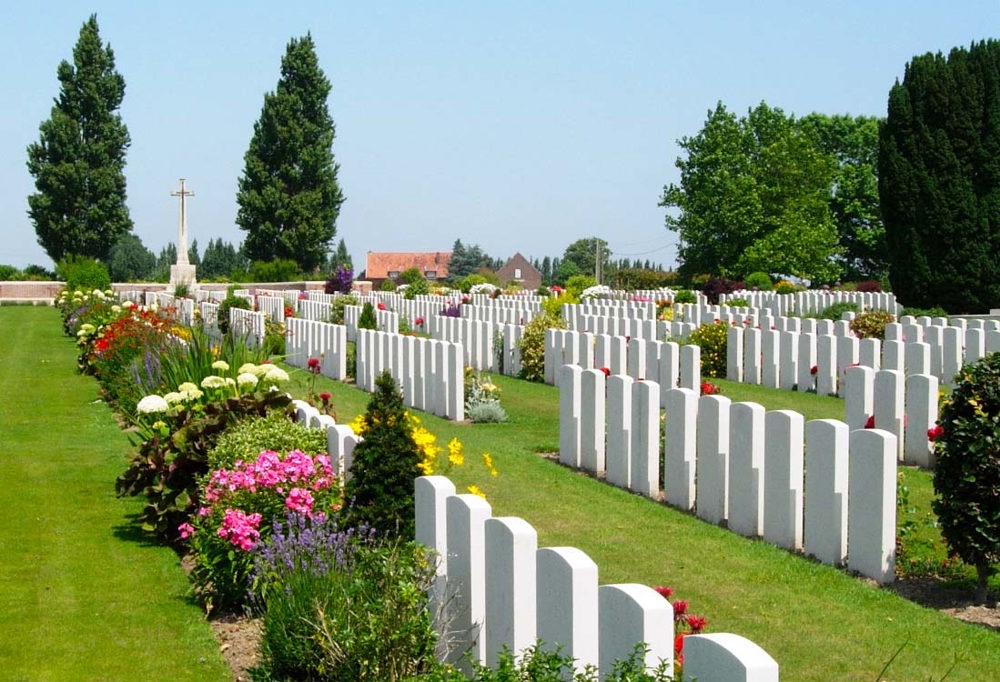 A burial service will be held for Private John Lambert, five unknown British soldiers and an unknown German soldier at 11 am (local time) at New Irish Farm Cemetery.

Private Lambert served with the Newfoundland Regiment and was killed in action on 16 August 1917. He is being buried alongside five unknown British soldiers (Royal Fusiliers, Royal Inniskilling Fusiliers, Hampshire Regiment and two unknown regiments) and an unknown German soldier all of whom were recovered at the same time.

All the graves will be marked by Commission headstones, bearing as many details as have been established for each casualty. Private Lambert’s will bear his name and a personal inscription chosen by his family. CWGC will care for all the graves in perpetuity.

The joint ceremony has been organised by the British Ministry of Defence’s Joint Casualty and Compassionate Centre and the Canadian Defence Forces and will be attended by family members, Defence Staff, Regimental representatives, CWGC staff and local dignitaries. Members of the public are welcome to attend.

Please note, ceremonies are subject to Covid-19 regulations (British and local) and may be liable to cancellation or amendment at short notice.

To allow the burial ceremony to take place, the road outside New Irish Farm Cemetery will be closed to vehicles from 09.30 to 12.30 on 30 June 2022. Members of the public are welcome to attend the ceremony, but please note that space is limited and there is no parking at or near the cemetery. Those attending are asked to arrive by 10.30.