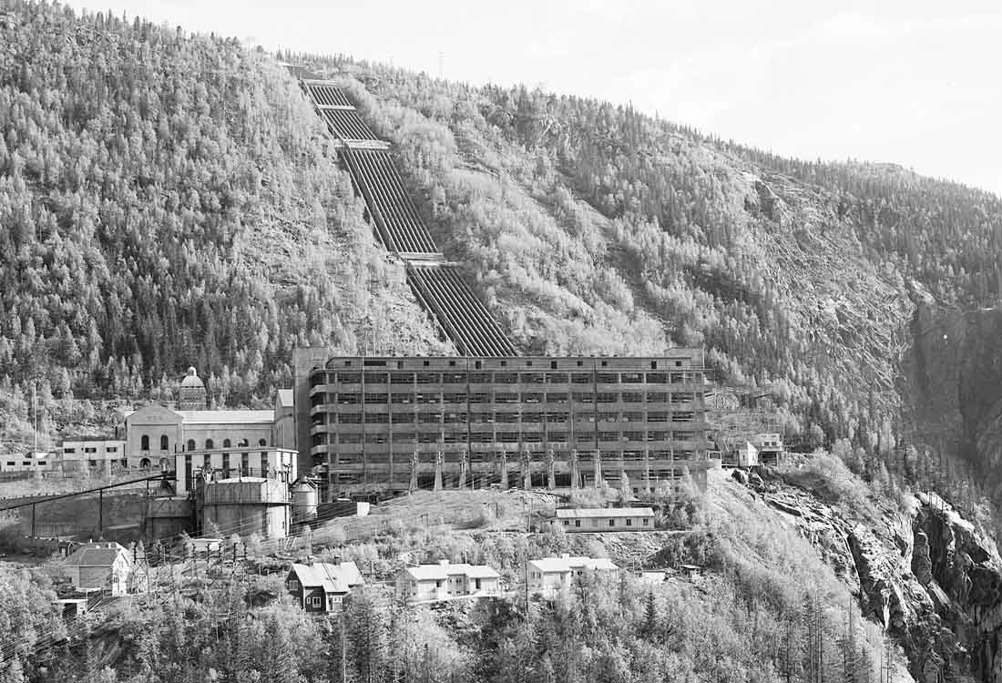 The 19th November will mark the 80th anniversary of a daring airborne raid. Codenamed ‘Operation Freshman’, the raid was an unsuccessful attempt to destroy the hydroelectric power station vital for German atomic research. Here is more about the raid and the stories of some of the men who lost their lives.

By 1942 the German atomic weapons programme was making progress towards creating a nuclear bomb. A key component was the 'heavy water' produced at the Vemork Norsk Hydro plant in Rjukan, Norway. The plant was situated in a difficult place to successfully attack from the air and a daring plan was created to destroy it.

A Commando group of Royal Engineers would be flown in by two gliders, rig charges to destroy the plant's production capacity and with a change to civilian clothes, attempt to reach the Swedish border.

After a short, intense training programme in Wales, Port Sunlight, Merseyside and Scotland, two Halifax bombers left RAF Skitten in northern Scotland on the evening of 19 November 1942, each towing a Horsa glider carrying the attack teams. 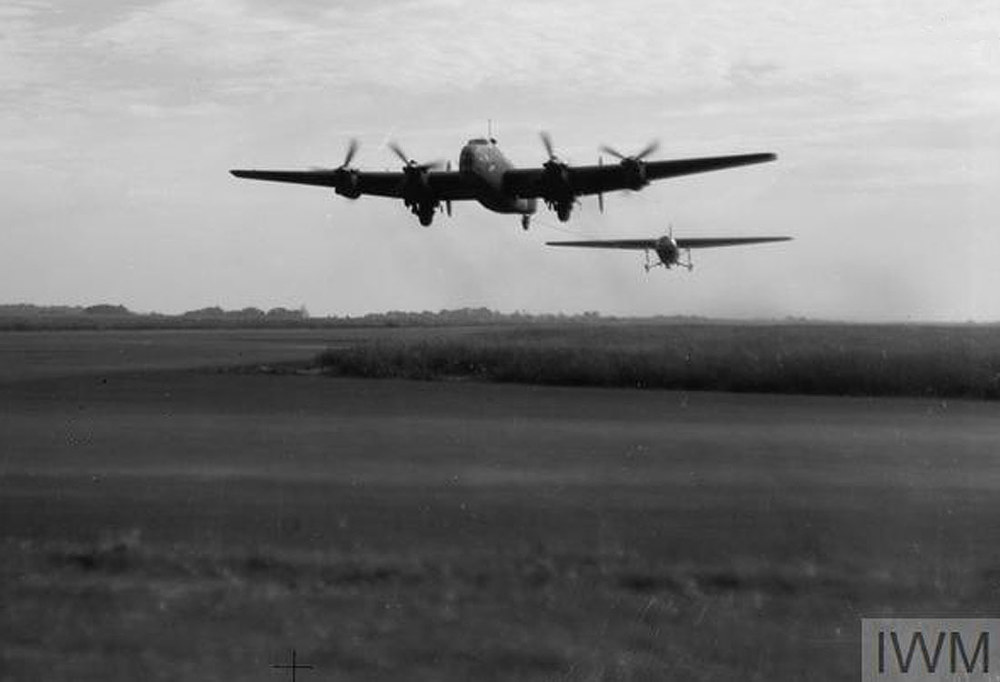 The first Halifax and Horsa combination reached Norway, however, as they flew towards the proposed landing site the ground was obscured by thick cloud and radio transmitters deployed by Norwegian agents at the landing site failed. Navigating by map and compass in atrocious weather the aircrews were unable to find the landing zone and both the aircraft and tow rope started to ice up and lose height. The increased weight from the icing caused the tow rope to snap leaving the Halifax to return to the UK and the Horsa to crash land at Fyljesdal killing three of the seventeen on board and injuring the rest.

The second combination also reached Norway, but due bad weather and visibility, the Halifax flew into Hæstad Mountain killing the crew instantly. The glider had been released just before the crash however it spiralled down, crash landing near Helleland killing the pilot, co-pilot and injuring the rest of the occupants.

Local Norwegians heped the survivors and burnt any confidential documents and maps recovered from the crashed gliders. Unfortunately, the survivors were quickly rounded up only to be tortured and executed by the Gestapo with the bodies of four members from the first glider dumped at sea. The full details on the fate of the raid members were unknown until the 1st Airborne Division arrived in Norway in May 1945 and with the assistance of the Norwegian government, they were reburied in Norwegian cemeteries with full military honours.

Commemorating the Casualties of Operation Freshman

Forty-one men died in the crashes or were later killed as prisoners of war.

The crew of the Halifax are buried in Helleland Churchyard.

Among the 100 Second World War burials at Oslo Western Civil Cemetery are five Royal Engineers who were executed by the Germans in January 1943.

Among the 3,400 names listed on the Brookwood 1939-1945 Memorial are four Royal Engineers who were executed, and their bodies thrown in the sea near Kvitsoy.

The Second World War burials at Stavanger (Eiganes) Churchyard, include six Royal Engineers and crews from the gliders. Here are the stories of three from the operation. 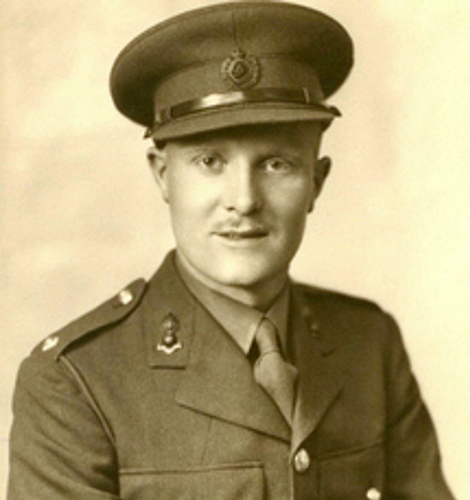 In charge of the assault force for Operation Freshman was 24-year-old Lieutenant Alexander Charles Allen. The son of Horace Charles and Edna Allen, he was the oldest of four siblings.

He attended King Edward VI Grammar School in Aston, Birmingham, and was a keen sportsman, playing rugby and athletics, and was also a fan of Aston Villa Football Club. After school he worked as an apprentice mechanical engineer for Dunlop and trained part-time at Birmingham Technical College. He joined the Dunlop Company's Territorial Battalion of Royal Engineers. At the outbreak of war, he volunteered for active service and was commissioned.

Alexander's father, Horace Charles Allen, was a Royal Engineer during the First World War and was badly wounded at Gallipoli in 1915.

Alexander was involved in Operation Freshman from the start, although he had worked in bomb disposal, he had expressed a desire for more action. He was regarded as firm, quiet-spoken, but commanded a natural authority and respect among his men. Alexander was engaged to April, the daughter of a Church of England reverend from North Devon.

Alexander survived the crash of his glider, and was taken prisoner along with 13 other Royal Engineers. They were executed in the woods near Slettebo Camp and are buried in Stavanger (Eiganes) Churchyard. 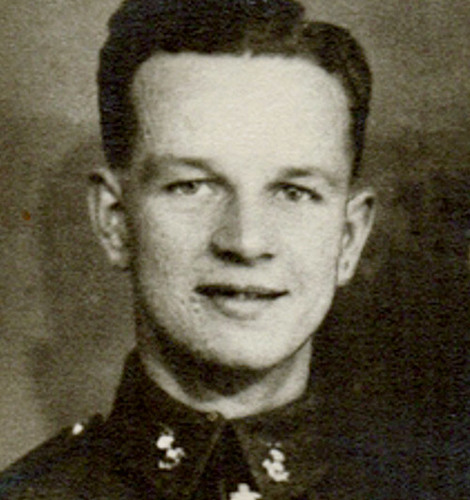 Ernest Pendlebury was born on 17 May 1917 in Heckmondwike, Yorkshire, the middle-child of three. He attended  school in Gomersal, Yorkshire, and later went on to Bradford Technical College. His father worked in the textile industry and Ernest also went into the trade.

Ernest joined the Royal Engineers in 1939-40 and was made a Driver, later becoming an Instructor. In 1940, he married Marjorie Housecroft in Spen Valley, Yorkshire.

He had not been with his unit very long before being selected for Operation Freshman, but he was popular with the others.

Driver Pendlebury was severely injured in the crash of his glider which killed the two pilots. His comrades managed to lift him out of the wreck, but he died shortly afterwards. He is buried in Stavanger (Eiganes) Churchyard. 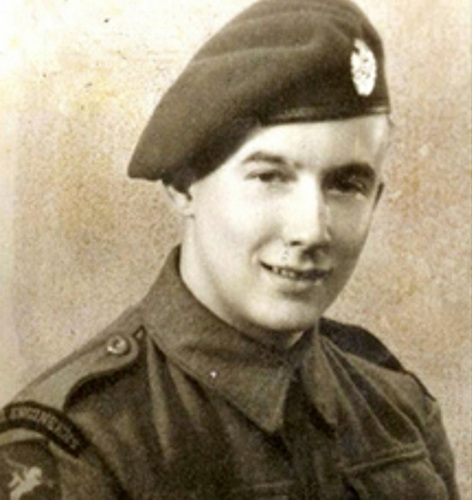 Gerald Stanley Williams was born in 1924 in Doncaster, Yorkshire, the youngest of five children.

Gerald went to a Technical High School in Doncaster, where he excelled at carpentry and won prizes for his work. When war broke out Gerald was determined to join the forces, his older brother Jack was a Petty Officer in the Royal Navy. Gerald lied about his age to enlist at the age of 17.

Gerald was the youngest servicemen involved in Operation Freshman, having recently celebrated his 18th birthday. He was considered by his team as someone 'always ready to have a bash'. One of his officers described him as a 'good lad and an outstanding soldier for his age'.

Gerald survived the crash of his glider, and was taken prisoner along with 13 other Royal Engineers. They were executed in the woods near Slettebo Camp and are buried in Stavanger (Eiganes) Churchyard.