The unknown grave of a Canadian First World War soldier has been identified as that of Lance Corporal Morgan Jenkins.

The identity of the grave in CWGC’s Vis-en-Artois British Cemetery, in Haucourt, France was confirmed following an investigation by the Canadian Department of National Defence and the Canadian Armed Forces. 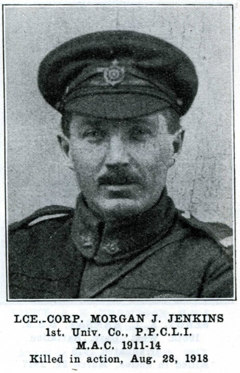 L Cpl Jenkins’ descendants have been informed of the discovery and a formal rededication ceremony will take place in France at the earliest opportunity.

The 32-year-old was declared killed in action on 28 August 1918 during the Second Battle of Arras.

He is commemorated on the Vimy Memorial, which was built in memory of Canadian soldiers killed in France during the First World War who have no known grave.

In May 2019, the Directorate of History and Heritage received a report from the Commonwealth War Graves Commission detailing the potential identification of Grave 12, Row A, Plot 5 in the Vis-en-Artois British Cemetery.

Independent researchers had raised the possibility this was where L Cpl Jenkins was buried.

Following extensive archival research by the Commonwealth War Graves Commission and the Directorate of History and Heritage, the identification was confirmed in November 2019 by the Casualty Identification Review Board, which includes representatives from the Canadian Forces Forensic Odontology Response Team and the Canadian Museum of History. 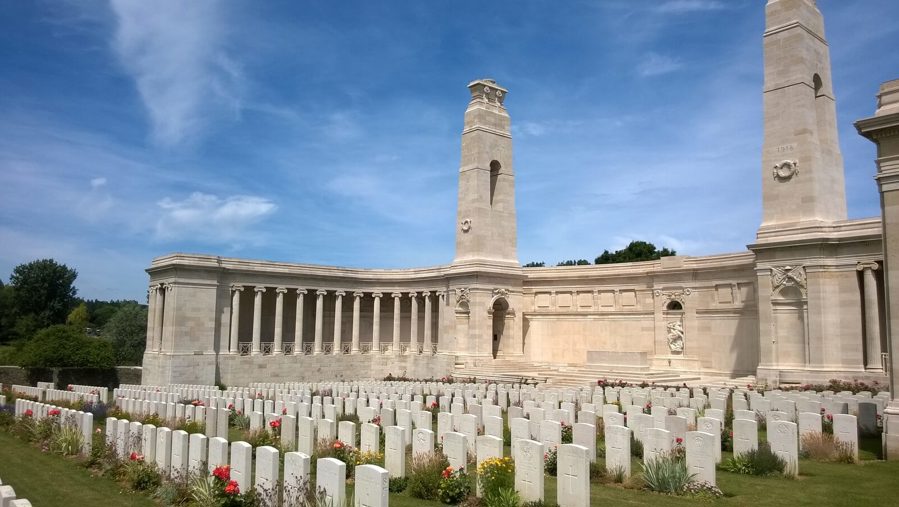 The Honourable Lawrence MacAulay, Minister of Veterans Affairs and Associate Minister of National Defence, said: “While unmarked graves are an unfortunate reality of the brutal fighting on the Western Front, those graves contain the remains of real people that gave their lives in service of their country. The identification of Lance Corporal Jenkins is an important reminder of that, and I’m glad he will now receive the recognition that his service to Canada deserved.”

Morgan Jones Jenkins was born in Wales in 1886 to a minister and his wife who would lose two other sons in the First World War.

After immigrating to Canada, he studied at the Manitoba Agricultural College before enlisting in the Canadian Expeditionary Force (CEF) in Saskatoon, and joining the 3rd University Company, based out of McGill University.

The company sailed for England on September 4, 1915. Overseas, he was transferred to Princess Patricia’s Canadian Light Infantry (PPCLI), wounded, promoted, and assigned to the Canadian Corps’ intelligence service for 18 months.