On Sunday (December 19th) we were honoured to host a Candelit Christmas Remembrance at Stonefall Cemetery in Harrogate, North Yorkshire. 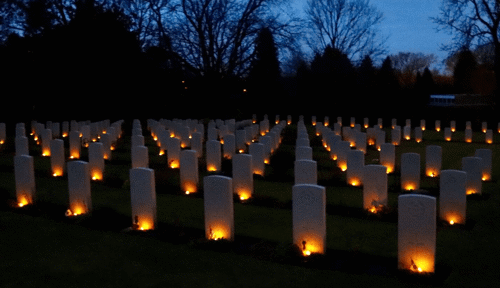 The event was set up by Harrogate mum, Benji Walker, who was inspired to set up the event after seeing images of the Commonwealth War Graves Commission’s cemeteries lit by candlelight across Europe.

She said: “The Candlelit Christmas Remembrance is a chance for the local community to gather to remember the sacrifice of the hundreds of CWGC casualties buried at Stonefall, many of them thousands of miles from home. I am delighted so many people attended to pay their respects today to mark the sacrifice of these brave heroes.” 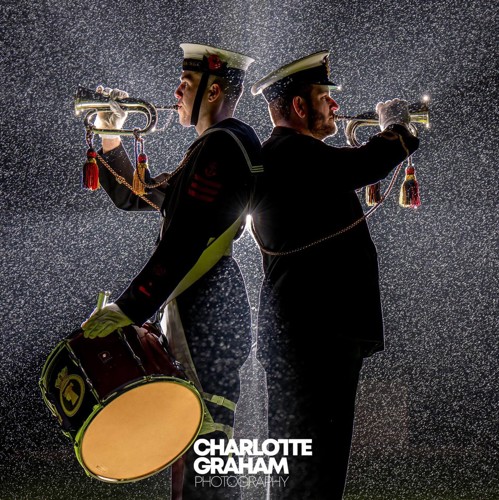 During the event, members of the public placed tealights on the graves of the fallen and this was followed by a short service of Remembrance. Local Sea and Air Cadets took part in the service with a choir of carol singers providing the music. The Lord Mayor and Mayoress of the Borough of Harrogate also attended.

Through Harrogate’s International Partnership, a message was read out on behalf of His Worship Andy Foster, Mayor of Wellington, New Zealand, which thanked local people for their commitment to honour the lives and sacrifice of the New Zealand airmen at the site. Harrogate is twinned with Wellington and four airmen from the city are commemorated at Stonefall Cemetery by the CWGC.

Benji, who has a son serving in the Yorkshire Regiment, also used the event to raise money for the Commonwealth War Graves Foundation and Help for Heroes. Nearly £300 was raised and members of the public can still sponsor a candle with the profits being split between the charities at the following link: Crowdfunding to Candles for Heroes is organising a Christmas Remembrance Candlelight Vigil at Stonefall Cemetery, Harrogate on 19th December 4pm. on JustGiving. 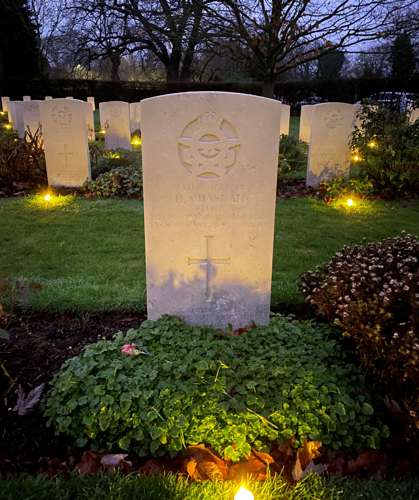 With more than 1,000 Commonwealth war graves, Harrogate (Stonefall) Cemetery is one of the largest CWGC sites in the North of England. The majority of burials are airmen who died during the Second World War when bomber command bases were established across Yorkshire. More than 600 of the casualties served with the Royal Canadian Air Force and they include two 17-year-olds.

CWGC Public Engagement Coordinator, Elizabeth Smith, said: “The Commonwealth War Graves Commission cares for 170,000 war graves from both World Wars at more than 12,500 locations in the UK. The Air Force plot at Stonefall Cemetery is unique in the North of England due to its size and resemblance to our sites overseas. At the end of the Second World War, local people were encouraged to adopt the war graves of the Canadian servicemen and lay wreaths on behalf of their families at Christmas. It is wonderful to see, more than 70 years on, that the people of Harrogate continue to remember the fallen from across the Commonwealth at Christmas time.”