On Sunday, 25 April, ceremonies were held at CWGC sites across the globe as we gathered to celebrate Anzac Day. From Harefield to Heliopolis, Chunuk Bair to Kanchanburi, we joined together to remember the men and women of Australia and New Zealand who fought and died during the two world wars. 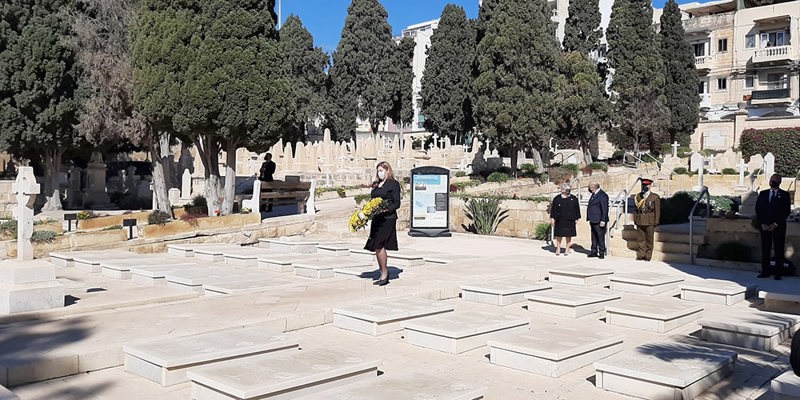 Owing to the ongoing restrictions facing many of us around the world, this year’s ceremonies have been very different to the ceremonies of years gone by. But despite the required social distancing and restrictions on public gatherings, where possible, we came together in CWGC sites around the world to pay tribute to the Anzac forces who paid the ultimate sacrifice.

Anzac servicemen could be found in almost every theatre of war during both conflicts, however the they are perhaps most closely linked to the to the Gallipoli landings of the First World War and so the peninsular always becomes a hive of activity on Anzac Day. 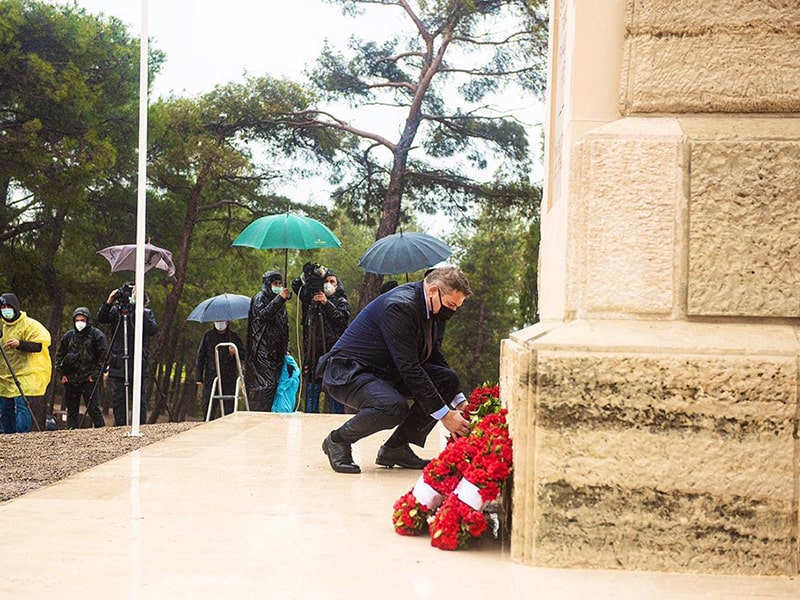 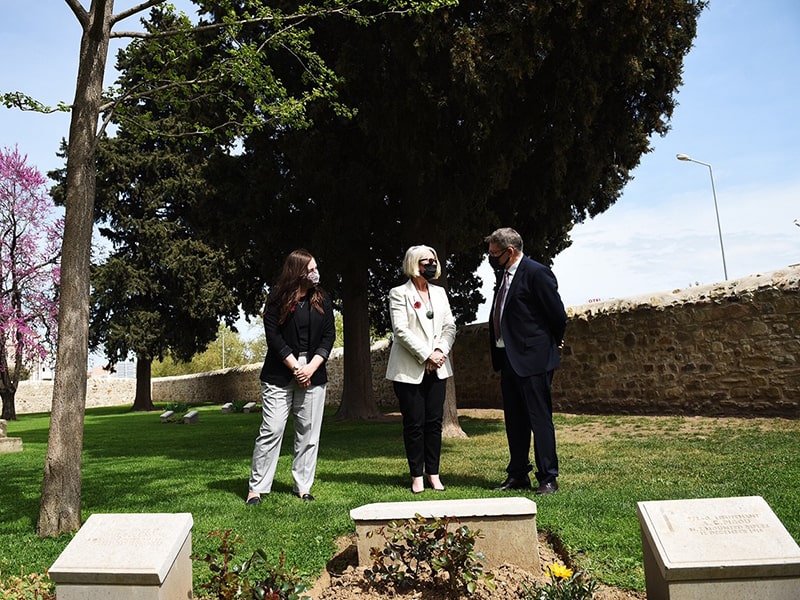 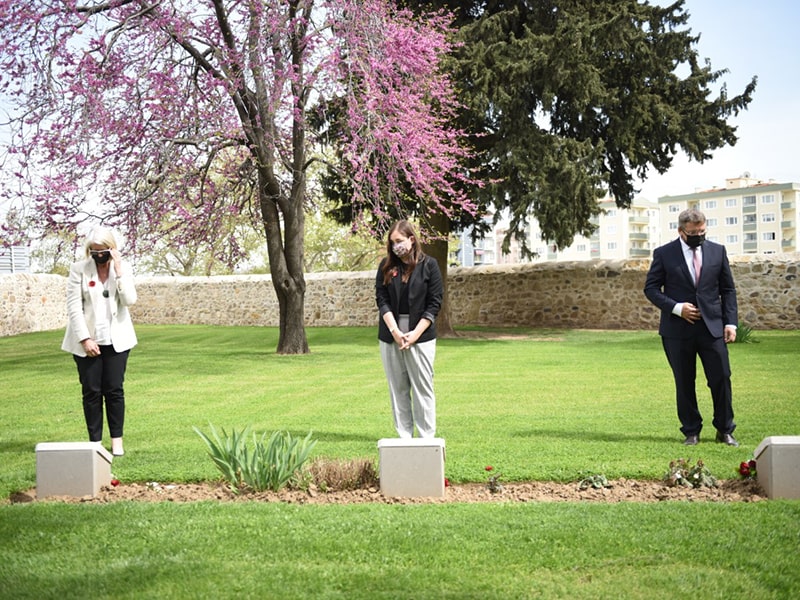 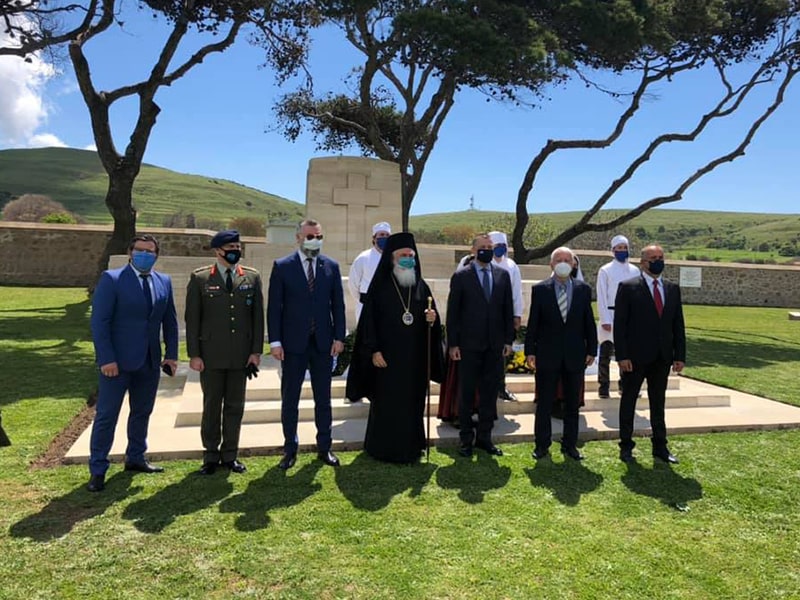 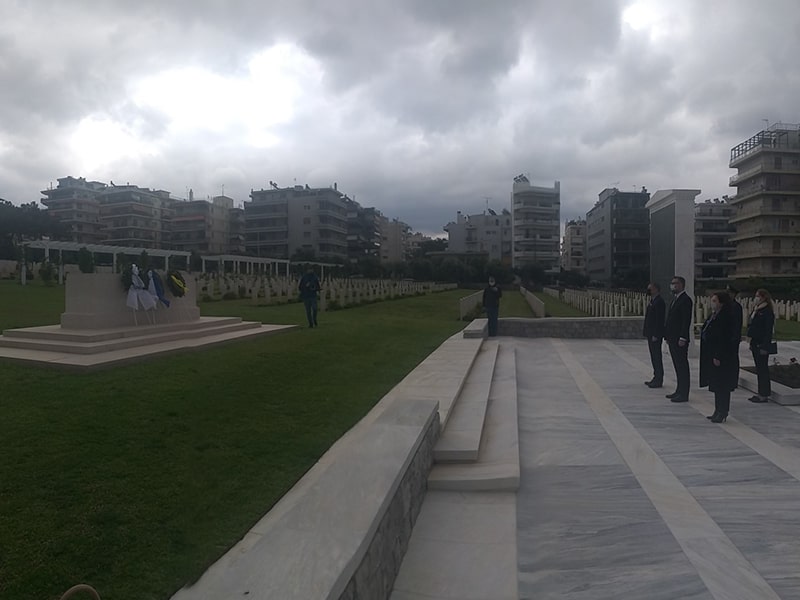 Anzac forces fought across the Mediterranean particularly in areas of Greece. Anzac Day is always celebrated in Greece, including at Phaleron War Cemetery which holds close to 400 Second World War Anzac casualties and at East Mudros Military Cemetery, on the island of Limnos, which holds 805 casualties of both world wars, including 145 Anzac soldiers. 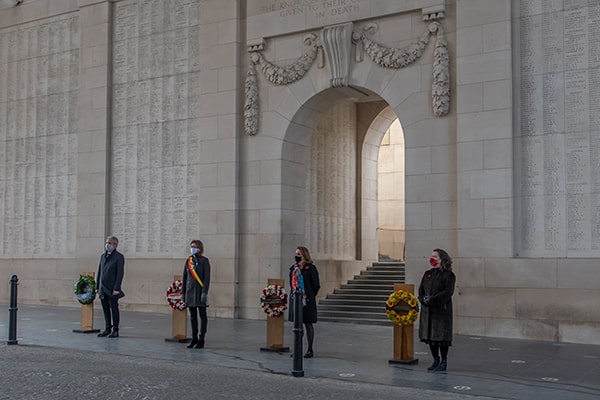 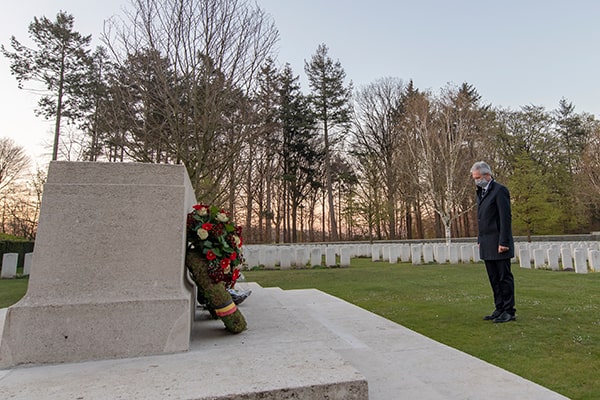 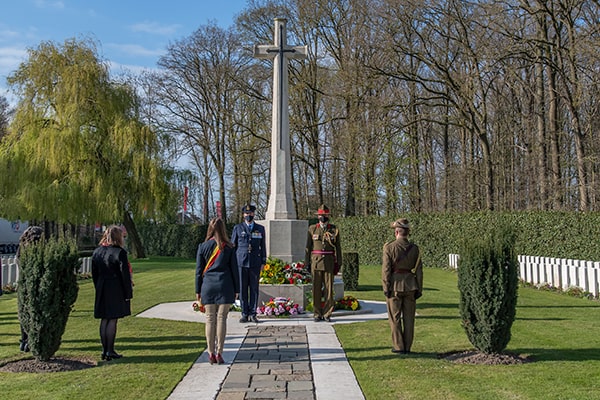 Further ceremonies occurred across Europe where the lockdown restrictions allowed. Wreaths were laid under the Menin Gate Memorial, which commemorates nearly 55,000 men and women of the Commonwealth that lost their lives during the First World War.

At cemeteries across the region, small gatherings took place, such as those at Buttes New British Cemetery and Berks Cemetery Extension. 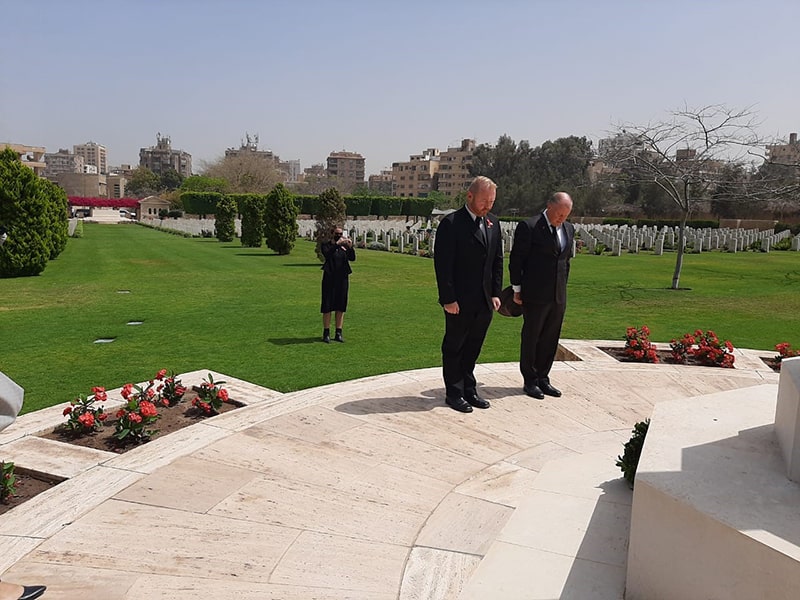 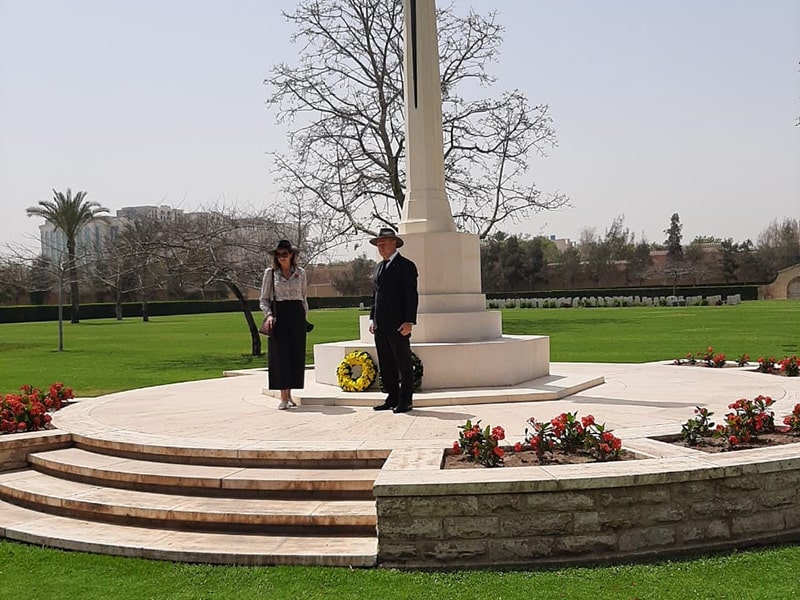 Services were also held in Egypt, at Cairo War Memorial Cemetery and at Heliopolis War Cemetery where Anzac forces are buried amongst their comrades from other Commonwealth nations. 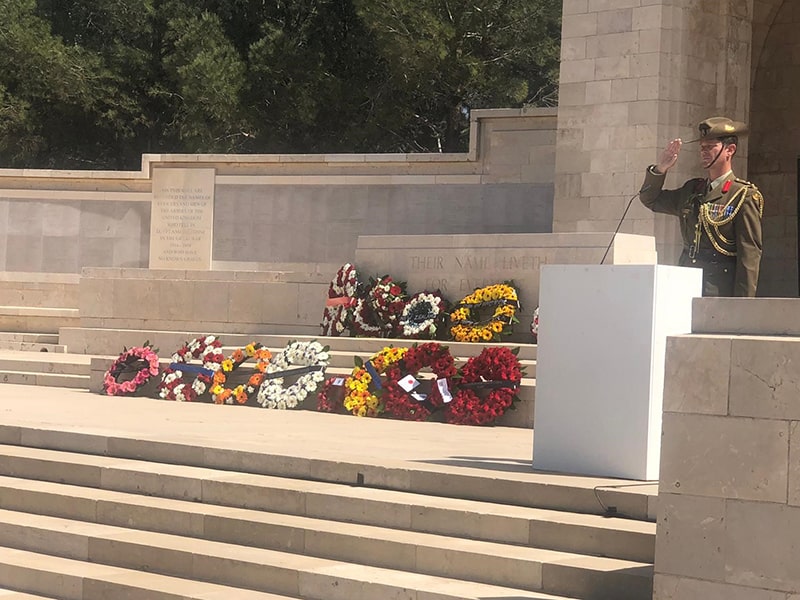 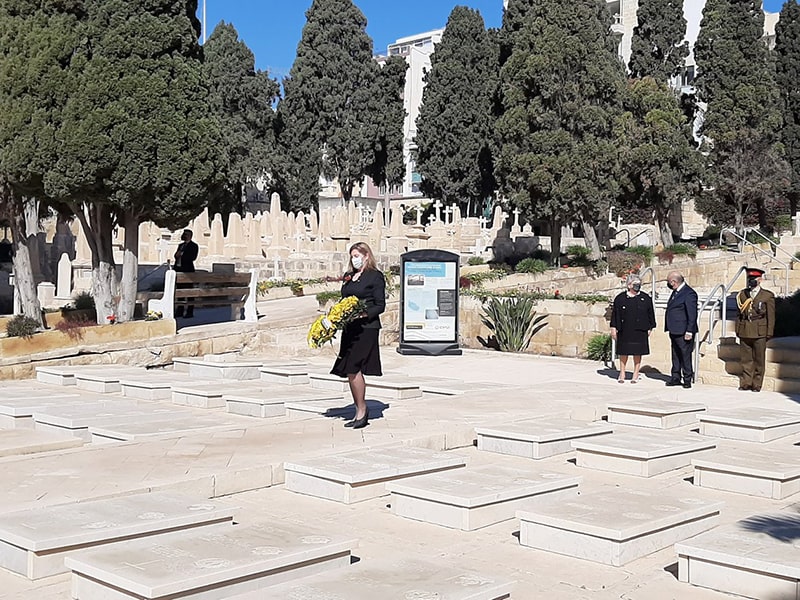 Wreaths were laid at Jerusalem War Cemetery which holds nearly 2500 casualties of the First World War, 178 of whom are Australian or New Zealand forces.

In Malta, a ceremony organised by the Australian High Commission and the New Zealand Honorary Consul was held in Pieta Military Cemetery with the President of Malta H.E Dr George Vella in Attendance. 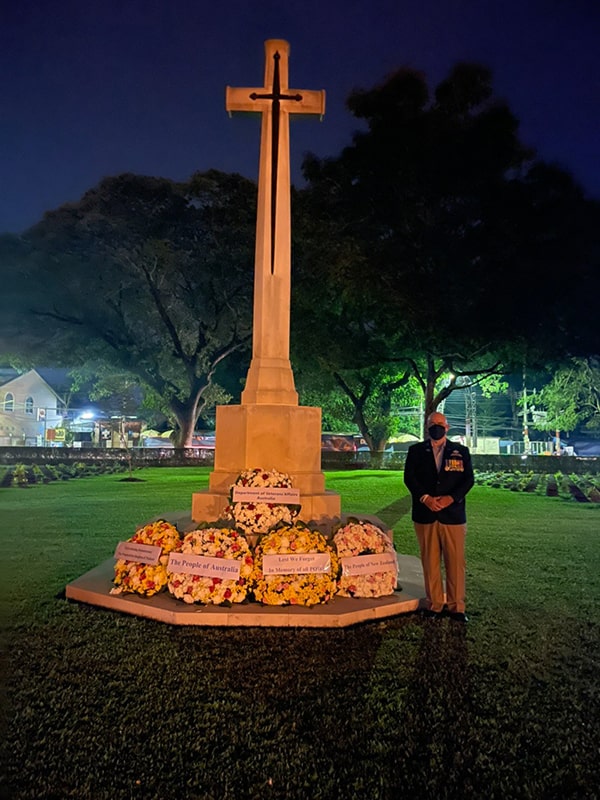 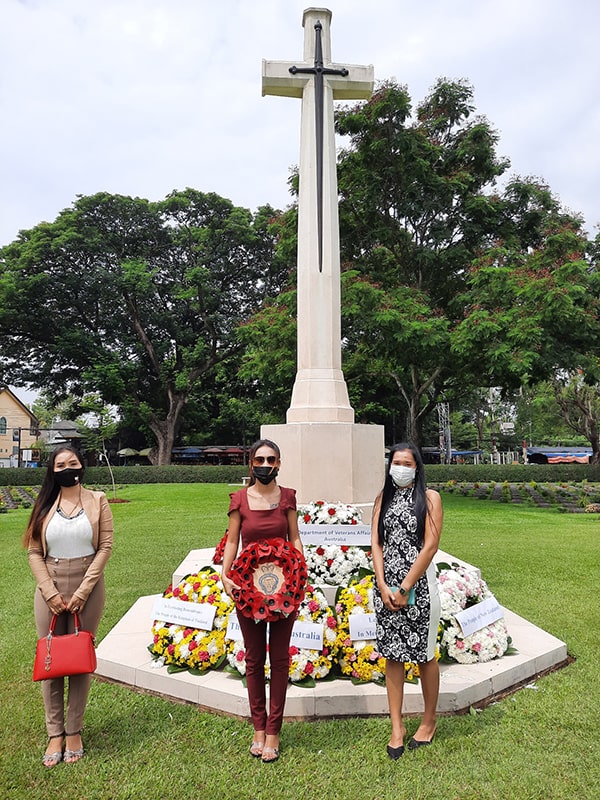 Services were also held across Asia at sites such as Kanchanaburi War Cemetery which holds the prisoners of war that were used as forced labour on the infamous Burma-Siam railway. Over 5000 Commonwealth soldiers are buried there, 1364 from Australia and New Zealand. 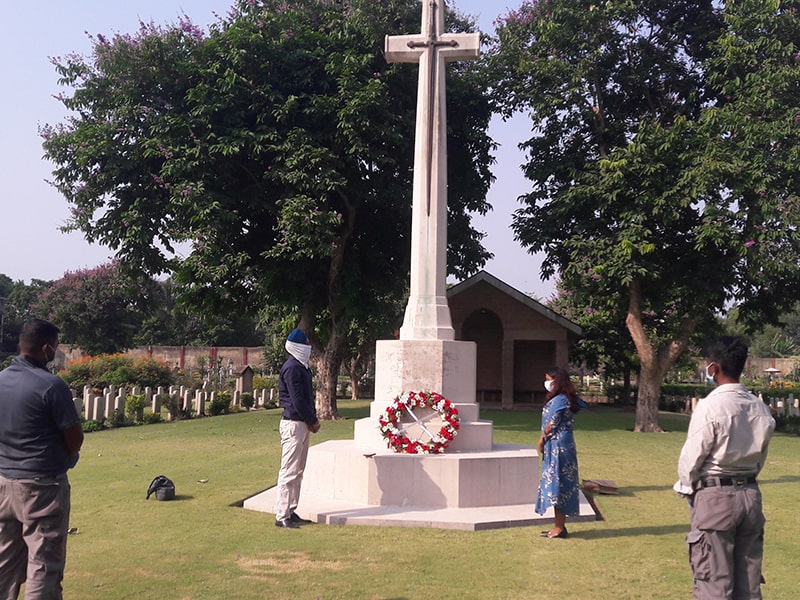 A wreath was laid at Calcutta (Bhowanipore) Cemetery for the Australian and New Zealand war dead that are among the 713 Commonwealth war dead commemorated there.

These are just a few examples of the services that were held across the world to mark the sacrifices of the men and women of the Anzac forces, many of whom travelled to the other side of the world to fight in two world wars and to end up paying the ultimate sacrifice.

Whether big or small, these services and moments of gratitude play an important role in the ongoing remembrance of those who died for our freedom. We hope next year, that more of us can meet together at a cemetery or memorial to pay tribute to the men and women of Australia and New Zealand.