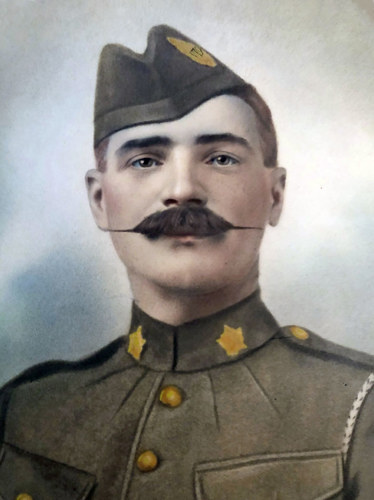 Before enlisting, Ledingham was a teamster. He enlisted on 15 November 1915 in Winnipeg, first joining the 179th Battalion. His unit left the Port of Halifax, Nova Scotia, aboard SS Saxonia on 3 October 1916 and arrived in Liverpool, England, about 10 days later. Shortly thereafter, the 179th Battalion was absorbed into the 17th Reserve Battalion, which at the time served to make up for the losses of a number of Canadian units fighting in France. This is how, on 13 November 1916, Private Ledingham joined the 43rd Canadian Infantry Battalion (Cameron Highlanders of Canada), CEF, with which he served until he died. In October 1917 Private Ledingham was awarded the good conduct badge; he was promoted to the rank of Lance Corporal on 2 September 1918 and then to Corporal two weeks later.

In late September 1918, the Canadian Corps was in the thick of the fighting at Cambrai, a major enemy transportation hub in northern France. Standing in their way were the strong German positions on the Canal de L’Escaut, positions which could not be flanked. On 30 September, the 3rd and 4th Canadian divisions attacked northeast of Cambrai with the aim of taking the bridgeheads at Ramillies and Eswars. When these operations failed to take their objectives, a new assault involving all four Canadian divisions was planned for the next day.

The attack started at 0500 on 1 October, with strong artillery support. Part of the 3rd Canadian Division, the 9th Infantry Brigade, including the 43rd Battalion was tasked with capturing the heights east of the village of Tilloy, a crucial observation position and then continue to take the bridgeheads at Ramillies and Aire. The 43rd and 52nd Canadian Infantry Battalions successfully completed the first phase of the operation, but fierce enemy machine gun and sniper fire from the other side of the Canal de L’Escaut, near the village of Morenchies, resulted in a very difficult and chaotic descent to the canal. Although the second phase was not completed on 1 October, during the day the 9th Brigade managed to defend and consolidate the high ground that had been captured east of Tilloy. According to the Circumstances of Death registers, Corporal Ledingham was killed by a bullet to the head at around noon on 1 October 1918, southwest of Ramillies, France, aged 31.

After the battle was over, many Canadian casualties in the area were identified and buried in Canada Cemetery, Tilloy-lez-Cambrai, northwest of Cambrai, France. Among them was an unknown corporal with the 43rd Battalion. This partial identification was probably made possible by the rank and unit badges found on the uniform.

After the war, the name of Corporal Ledingham was engraved on the Canadian National Vimy Memorial, erected in the memory of Canadian soldiers who were killed in France in the First World War and who have no known grave.

Thanks to a report from independent researchers, the CWGC detailed the potential identification of Grave 32, Row C, Plot 2 in the Canada Cemetery, Tilloy-lez-Cambrai as Corporal Ledingham's to the Canadian Directorate of History and Heritage in May 2019. Through extensive research the Canadian Casualty Identification Program confirmed this, and a new headstone has been engraved, placed on Corporal Ledingham's final resting place and rededicated. 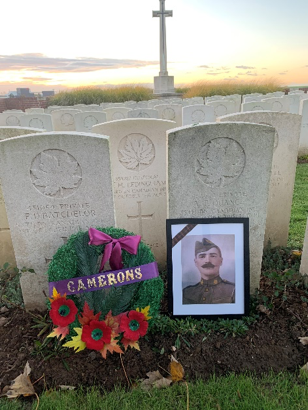 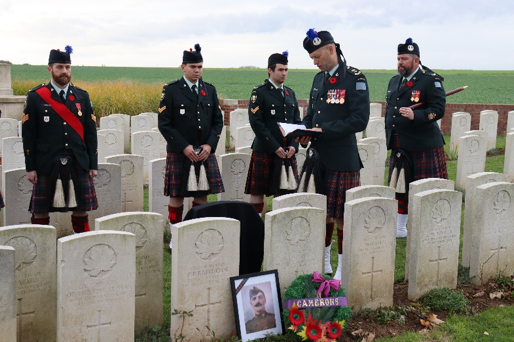 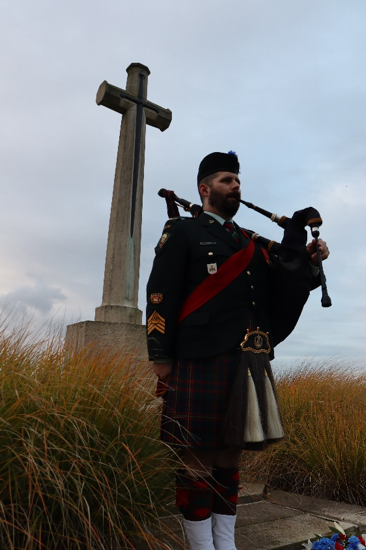 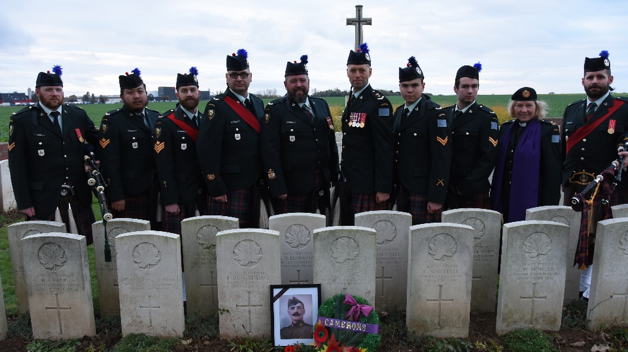