The Commonwealth War Graves Commission (CWGC) is helping those who cannot make the annual pilgrimage to Normandy to pay tribute to the Second World War dead. Every year veterans and relatives return to CWGC’s cemeteries in France to remember those killed on D-Day and the pivotal battles of 1944. In today’s unique circumstances tributes will instead be laid by our gardeners on behalf of those who cannot travel. 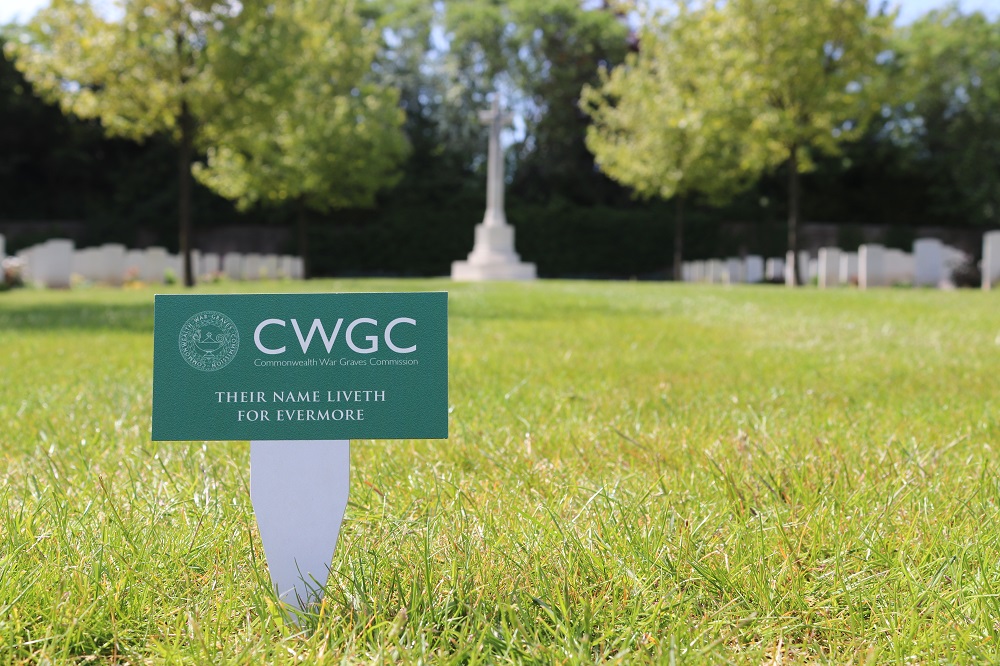 Remembering Normandy is an opportunity to have a special marker placed at the grave or memorial of a relative killed in the fighting here. The tributes bear the famous inscription ‘Their Name Liveth For Evermore’ chosen by the Commission’s first literary advisor, Rudyard Kipling, and inscribed at CWGC sites the world over. Requests can be easily submitted online, alongside a message to be displayed on CWGC’s digital Wall of Remembrance.

Since social distancing and travel restrictions were brought in place, it has not been possible for most people to visit CWGC’s war cemeteries and memorials abroad. However, more than a thousand digital tributes have already been shared with us online since then, showing that even when times are hard today, we can still remember the sacrifices of yesterday.

Xavier Puppinck, CWGC’s France area director, said: “When we welcomed thousands of veterans and visitors to Normandy for the 75th anniversary of D-Day we couldn’t have imagined how different things would be just one year later. While it is sad that we cannot host any large gatherings this summer to pay respect in person, we can still pause and remember.

“We want our Commonwealth communities to keep alive those D-Day memories and #ShareYourTribute to our digital wall of remembrance. As an extra gesture this summer we will also be laying tributes on behalf of those wishing to remember someone at one of CWGC’s main sites in Normandy. We hope this small act from our local CWGC staff will show that, together, we can remember those who died in the World Wars forever.”

Defence Minister Baroness Goldie, said: “Through this initiative, the CWGC are showing that, in spite of the difficult circumstances, they continue to ensure that our nation’s fallen are remembered with the utmost respect and the legacy of last year’s poignant DDay75 commemorations are continued.

“I would encourage everyone to remember D-Day in their own way, but do it safely within COVID guidelines or participate remotely. I will be making my own tribute to all those who fell during the Normandy Campaign.

“It is because of the sacrifice of these brave men and women, that we are able to enjoy the freedoms and liberties that we so cherish today.”

To post a message to the digital wall of remembrance or request a tribute be placed in Normandy, visit: www.cwgc.org/share-your-tribute

On 6 June 1944 the Allies launched the largest ever seaborne invasion on the Northern shores of France. The action was a turning point in the Second World War and signalled the beginning of the end for the Nazi occupation of France and Western Europe.

However, the battles came with a cost. The position of the 18 Commonwealth War Graves Commission war memorials and cemeteries in Normandy give an indication of the progress of the fighting and its human cost.

There are more than 22,000 Commonwealth war dead buried in these cemeteries, but many more graves will be found in churchyards and village cemeteries throughout the region. In addition, the Bayeux Memorial commemorates 1,800 men and women of the Commonwealth land forces who fell during Operation Overlord and have no known grave.