Our head gardener in Madras has received royal approval for his years of dedicated service.

Perumal Venkatraman has been officially recognised with an Honorary British Empire Medal (BEM) in honour of three decades spent caring for war graves. 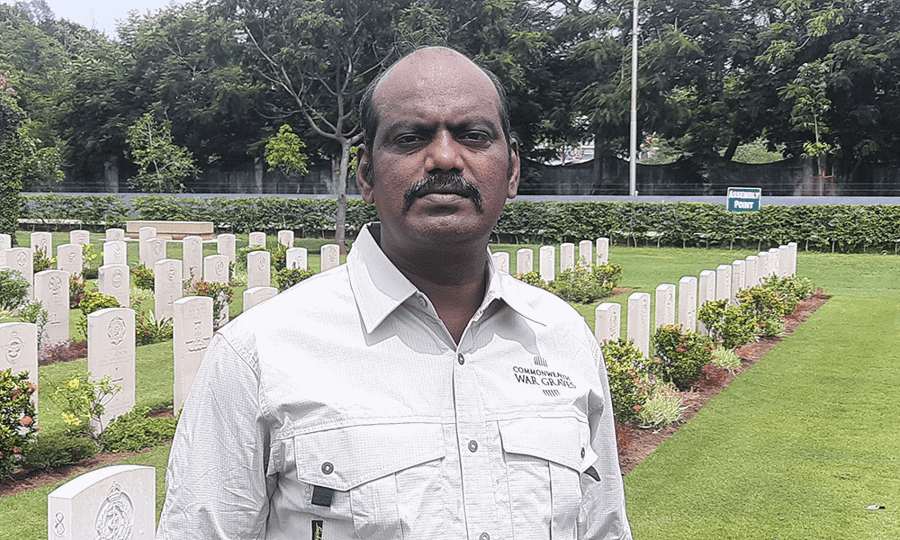 Perumal joined the Commonwealth War Graves Commission in 1991 and now leads a team of three gardeners in Chennai (formerly known as Madras).

The cemetery contains the graves of more than 800 Commonwealth personnel killed in the Second World War. It is a constant challenge maintaining the horticulture to high standards against the region’s annual flooding, which has worsened in recent years.

Despite this, Perumal and his team ensure Madras War Cemetery remains a fitting resting place for all those commemorated here. 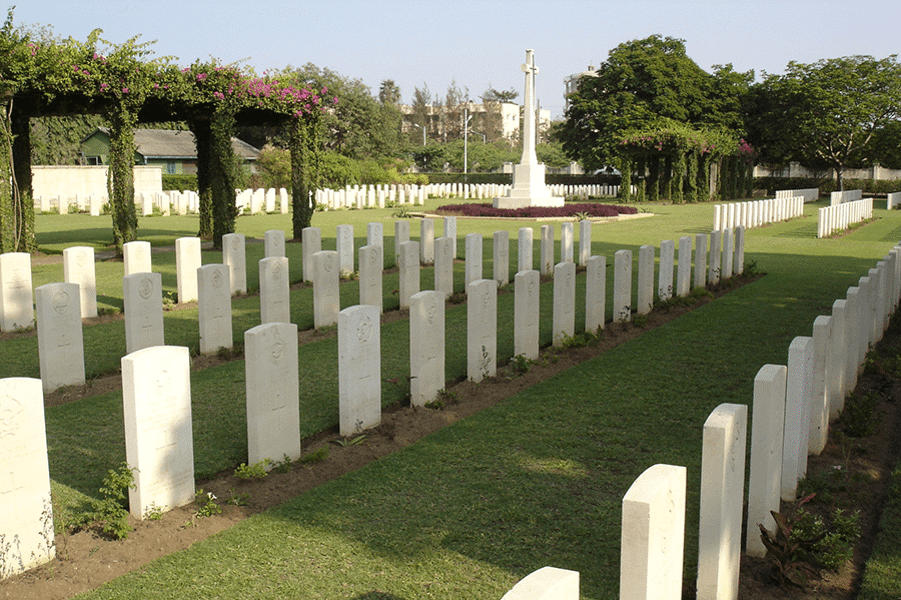 Claire Horton CBE, Director General of CWGC, said: “This is a truly well-deserved award. On behalf of all at the Commonwealth War Graves Commission I offer Perumal our whole-hearted congratulations.

“On top of the extraordinary challenges over the last year, Venkat and his team face a tough gardening challenge at Madras War Cemetery. I am delighted that his dedication has been recognised with this honour.”

Perumal's managers describe him as a quiet family man, a real gentleman, and someone who garners great respect across our Indian team.

Her Majesty The Queen approves the awarding of the Honorary British Empire Medal (BEM). It is one of the most distinguished honours bestowed on foreign nationals by the British.