On Thursday 10th November, 140 students from secondary schools in Rome, Anzio, and Bracciano attended a special Remembrance Day for Schools.

The event took place at Villa Wolkonsky, the residence of the British Ambassador to Italy and San Marino, organized by the British Embassy in Italy in cooperation with Pearson, the British Council and the Commonwealth War Graves Commission.

After a welcome speech by HM Ambassador, the Rt Hon Edward Llewellyn OBE, students and their teachers attended a series of presentations, covering:

A series of emotive war poems, such as In Flanders Fields and The Soldier, were recited too.

Attendees were also given the opportunity to create their own remembrance message on CWGC wreathes to take back to their schools.

The event also offered the opportunity to present to the students the three CWGC cemeteries closest to them: Rome War Cemetery and the other two just an hour away from the capital, Anzio Beach Head Cemetery and Anzio War Cemetery, where they are now planning visits with their schools.

See below for a gallery of some photographs from the event: 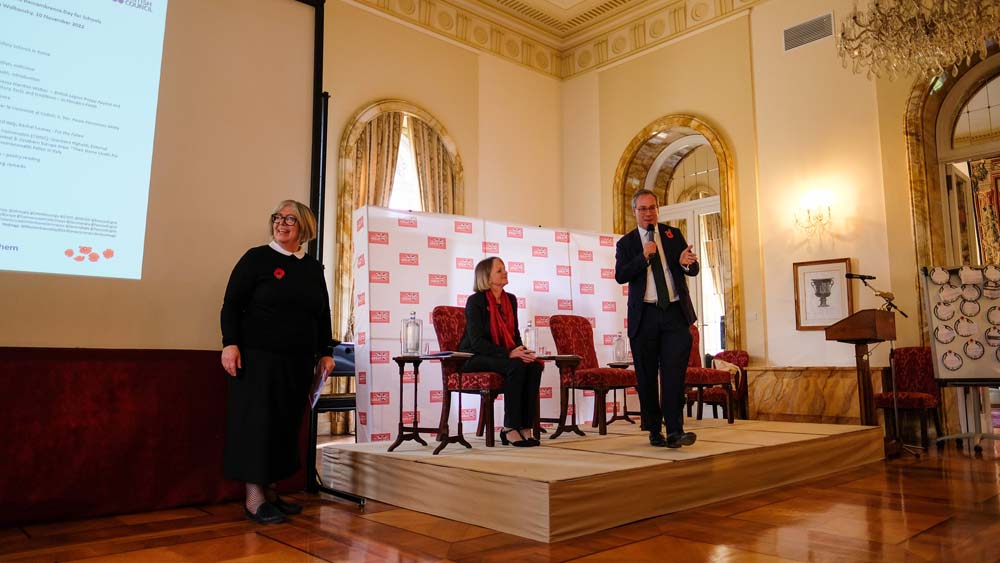 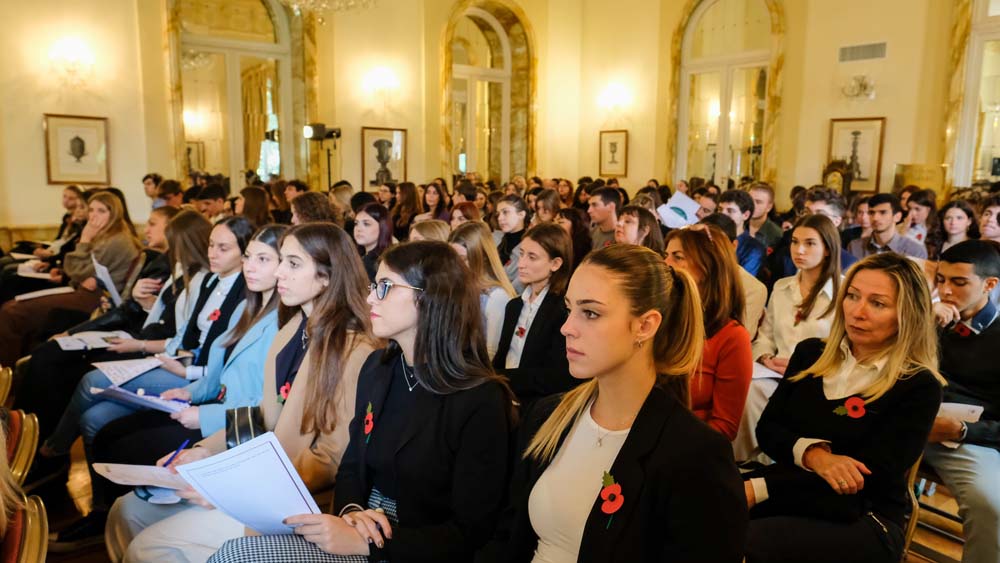 Students listen carefully to the presentations. 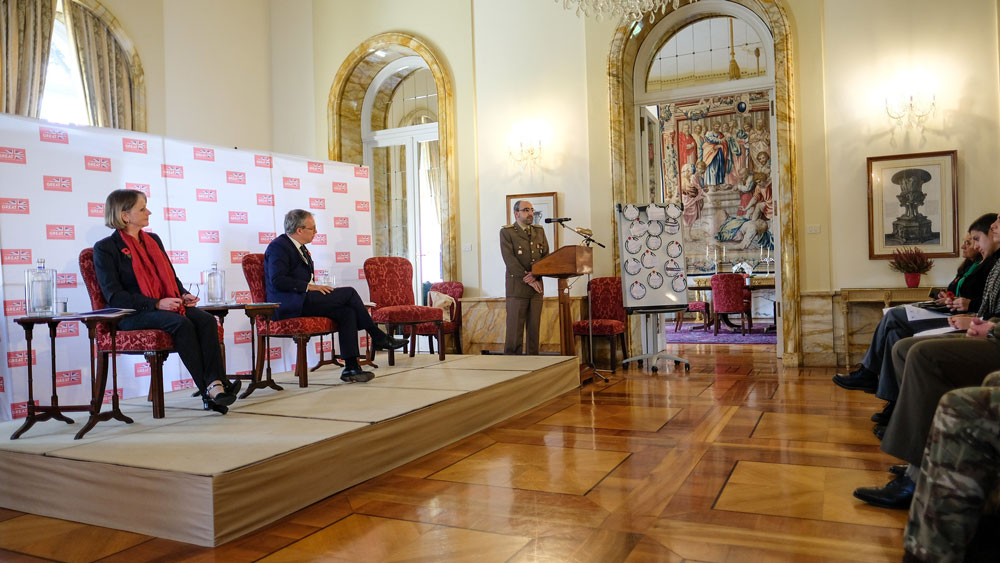 2nd Lt. Paolo Formiconi of the Italian Army presents the history of the Unknow Soldier 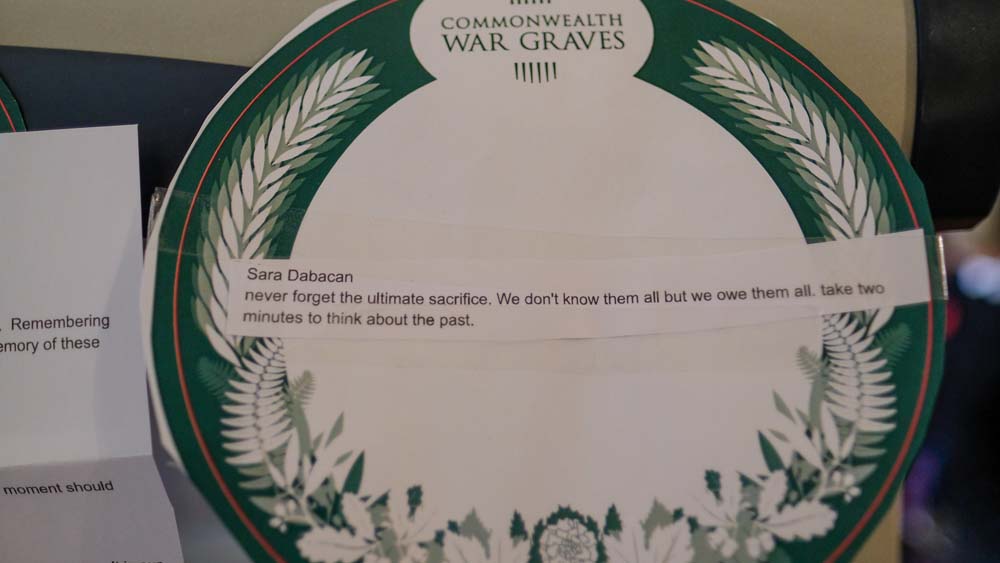 A Remembrance message left by one of the attendees. 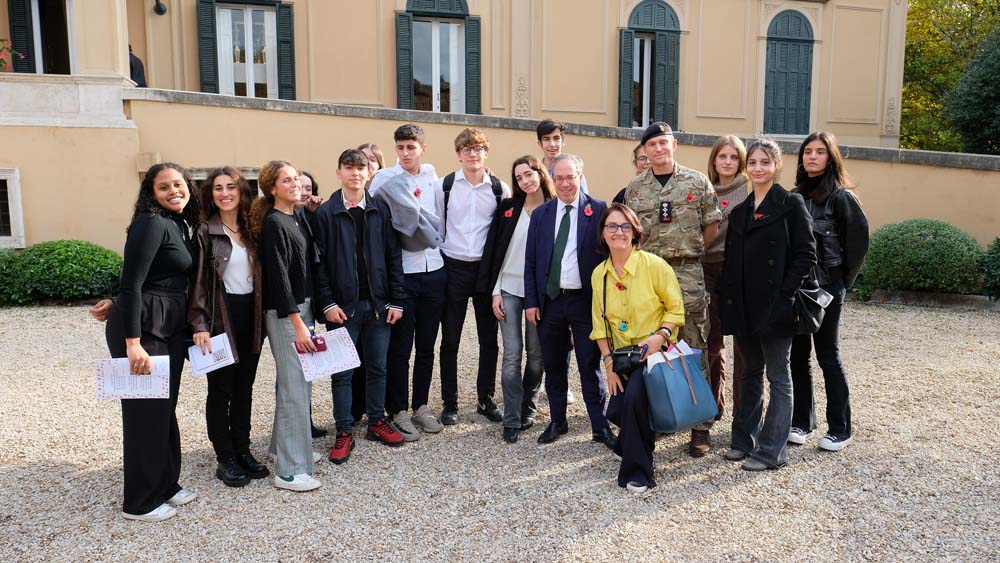 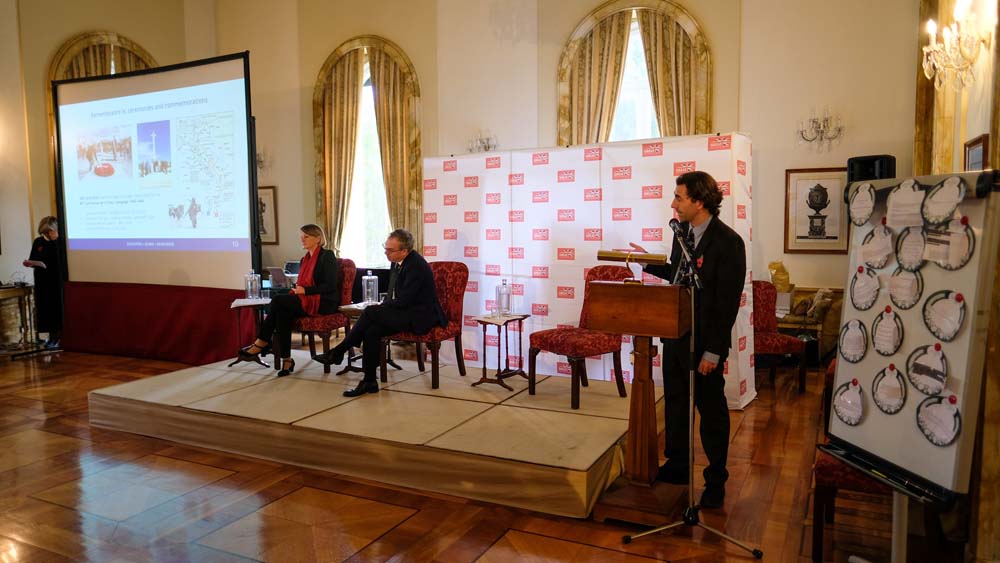 Giordano Righetti of the CWGC speaks on our work in Italy and around the world.
Share this on
Tags Rememberance Italy CWGC