The Commonwealth War Graves Commission is opening its first Information Centre in Western Europe, close to one of its most well-known memorials: The Menin Gate. 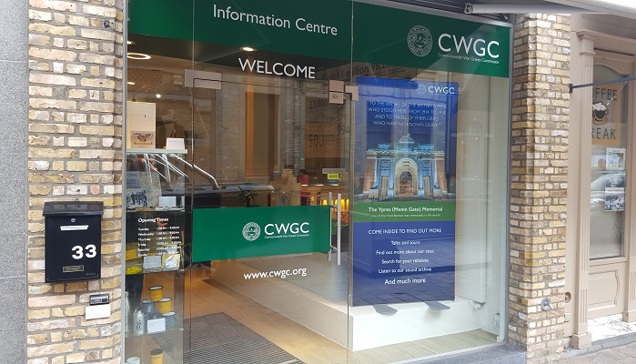 The CWGC Information Centre in Ieper, Belgium, will be officially opened on Wednesday 10 May, at 4pm. Visitors can meet the staff and find out more about the Commission.

The centre, which will offer a wide range of services and information, is close to the CWGC Ypres (Menin Gate) Memorial – one of the Commission’s largest structures in the world – and there are more than 150 CWGC sites in the area.

The Information Centre is based at Menenstraat 33, 8900 Ieper, and will be open Wednesdays to Sundays from 2.30pm to 9pm.