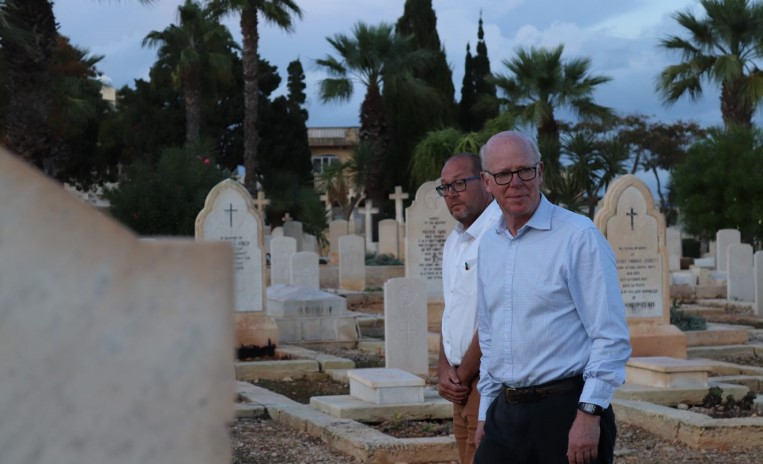 Sir Bill Rollo, Vice Chairman of the Commonwealth War Graves Commission (CWGC) has embarked on a two-day tour of the island to review the CWGC’s Heritage Tourism Initiative – that has seen record numbers paying their respects at the graves of those who died on Malta during the two World Wars

Launched in January 2019, the initiative encourages locals and tourists to visit Malta’s war grave cemeteries and honour the people who fell in the two World Wars. The project has seen new tours introduced at Imtarfa and Pieta Military Cemeteries and Capuccini Naval Cemetery. The tours are run by local volunteers, who have worked with the CWGC to create an insightful journey of remembrance for visitors.

The success of the initiative has been evidenced with an increase in tours of the cemeteries and a 100% rise in visitor numbers. The initiative is supported by the Malta Tourism Authority, Fondazzjoni Wirt Artna and the Malta Aviation Museum Foundation, who have been actively promoting the project to their own visitors. 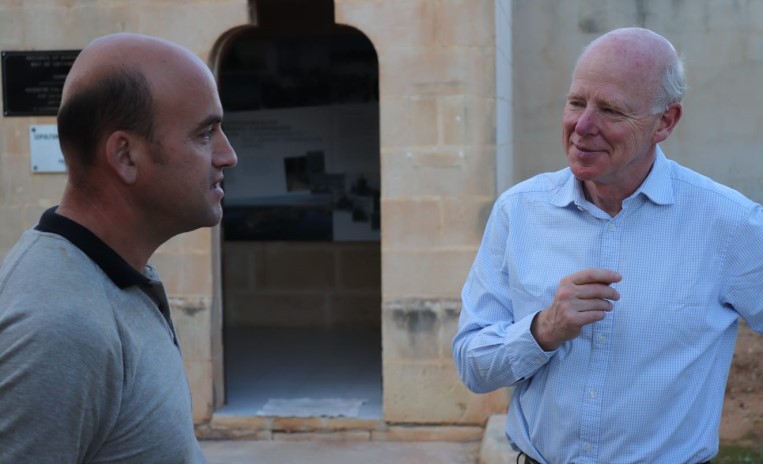 As part of the two-day visit, Sir Bill previewed the second phase of the initiative; a new exhibition and self-guided tour of Capuccini Naval Cemetery. The exhibition highlights CWGC’s commitment of remembrance on Malta and globally and will be available to the public from the 31 October 2019. The new self-guided tour will enable visitors to discover personal stories of those buried in the cemetery and learn more about Japan's little-known, but significant, role in the First World War.

During the First World War, Japan was in fact an ally of Britain. From 1917 Japanese ships were based at Malta and Japanese sailors gained an excellent reputation for hard work and dedication. They suffered few losses until 11 June, where 65 sailors were killed off the coast of Crete. They are remembered on the Japanese Memorial, maintained by the CWGC In Capuccini Naval Cemetery. In 1921 Crown Price of Hirohito visited the cemetery during a tour of Europe- it was the first time a future emperor had left Japan. 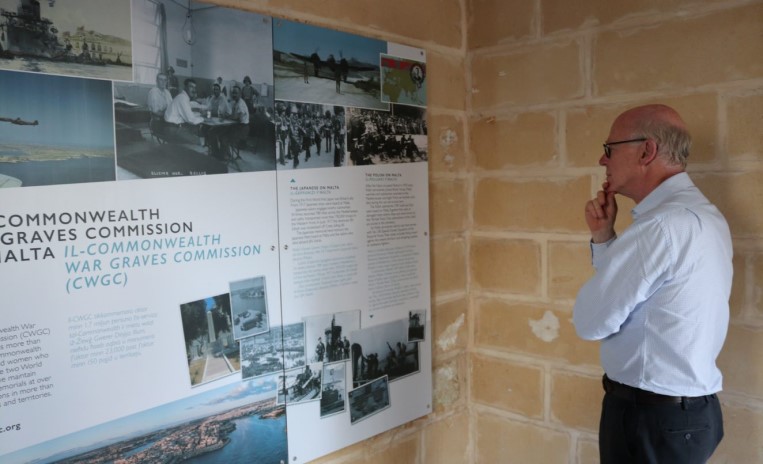 I am delighted to be in Malta to see the CWGC’s Heritage Tourism Initiative first hand and to be able to meet and thank our partners and our staff. Our cemeteries are a key part of Malta’s culture and heritage and I hope the project will encourage more visitors to visit our sites, learn the stories of the people we commemorate, from the Commonwealth, Malta and elsewhere, and remember the sacrifice they made.

During the First World War, Malta gained the title of the “Nurse of the Mediterranean”, and almost 140,000 service personnel were treated in 27 hospitals. During the Second World War, Malta’s role is well documented. From 1940-1942 Malta was besieged and became the most heavily bombed place on earth.

CWGC commemorates many Commonwealth service personnel across fourteen unique sites on the Island. The cemeteries provide an opportunity for the public to understand a key period of Maltese history and reflect on the sheer human cost the World Wars.