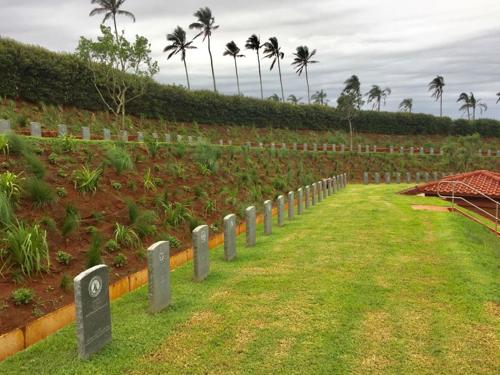 Works to restore Durban Stellawood Cemetery following storm damage have been completed by our team in South Africa. The team used the opportunity to make several important conservation changes to the site. 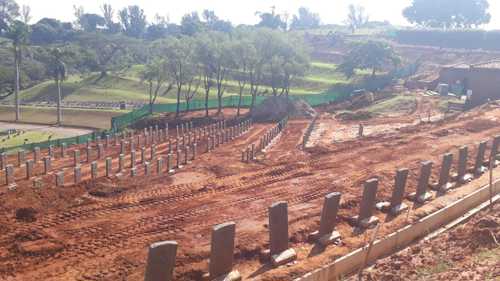 Heavy rain during the storms had overwhelmed the drainage system in place at the cemetery, leading to erosion and landslides of the sandy soil at the cemetery. Thankfully the damage was not deep enough to disturb any remains.

Initial temporary repairs were made to the site, repairing the drains and damaged headstones, changing climate and an increase in severe weather in the area meant that long term changes were needed.

A team of engineers carried out a detailed investigation of the site, identifying the causes of the land failure and the best course of action for repairs. Over the course of the last year our team have been adding retaining walls, regrading embankments, consolidating the unstable ground and repairing and upgrading drainage and storm water networks.

During this work, we also identified opportunities for better conservation and sustainability. 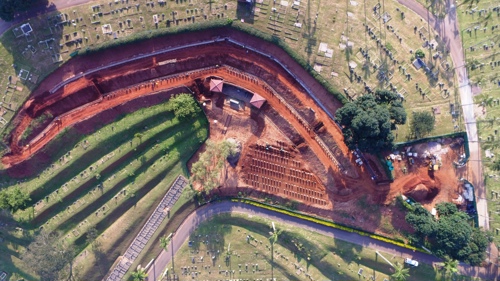 The difficult decision was taken to remove a number of existing trees on site. The majority of the removed trees were classed as invasive species in South Africa and were causing damage to the drainage systems and blocking sunlight across the site that prevent plant and grass growth.

The team in South Africa took this opportunity to use their specialist knowledge of Horticulture to implement a sustainable planting scheme full of indigenous plant and tree species appropriate for the local climate at Durban. 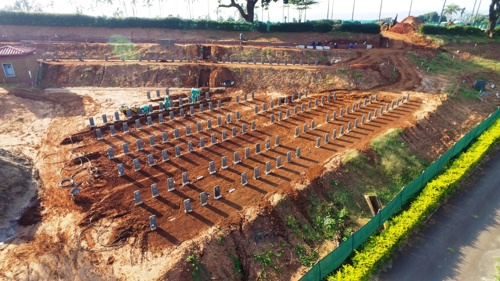 The works also included the installation of a borehole water supply and water irrigation system. This, in combination with a drought resistant, indigenous horticultural planting scheme will provide a sustainable, self sufficient water supply that will reduce the use of local municipality potable water, a precious resource for the local area.

Area Director Rich Hills said: “This has been a highly successful programme of work against the backdrop of some major challenges, not only environmental but also due to the national civil disturbances which occurred halfway through the project lifecycle. The success is down to the dedication and professionalism of our own team both in UK and South Africa – I’d also extend my thanks to the in-country consultants who supported us commendably throughout.

“This is a milestone project for CWGC as we have really taken into consideration the changing weather patterns in this part of South Africa and done our best to future proof the cemetery against the predicted increase in rainfall, in decades to come.

“Whilst it was a whole team effort I will highlight the specific input of Adam O’Donovan, Joey Monareng and Juan Maree, who are ultimately responsible for the end result. Well done.”

Durban Stellawood Cemetery contains more than 700 burials from the two world wars. These burials are predominantly British and South African casualties but are also 21 war graves of other nationalities and four non-war burials in the Commission's care. The Stellawood Cremation Memorial stands within the cemetery and commemorates 33 casualties of the Second World War.