Yesterday, 3 May, Her Royal Highness Princess Margriet of the Netherlands visited Groesbeek Canadian War Cemetery to view the new photo exhibition The Faces of Groesbeek. 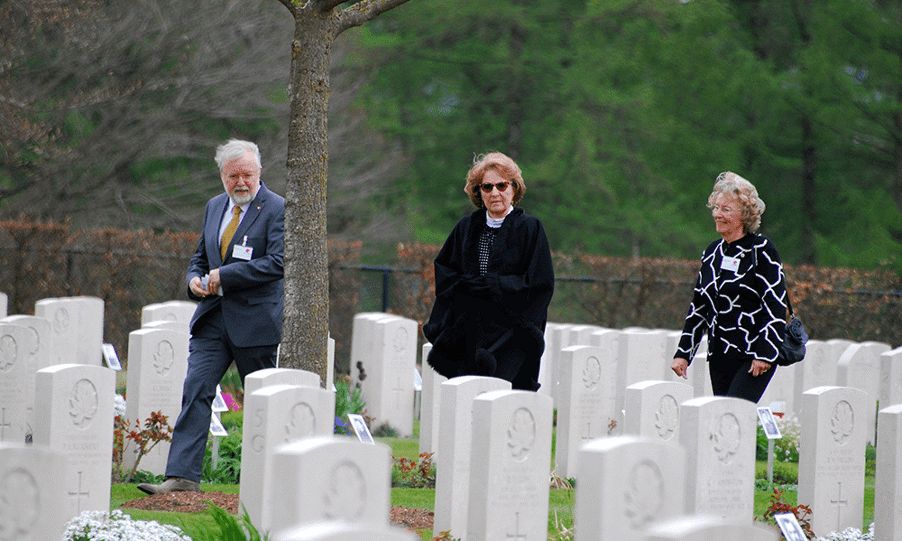 As well as viewing the exhibition, the Princess was introduced to the gardening team responsible for the maintenance and upkeep of the cemetery and met the Director of the CWGC in Central Western Europe, Geert Bekaert, who gave an introduction to the work of the Commission.

The Princess was also joined by the board of the Faces to Graves Foundation, Mayor Slinkman van Berg en Dal and Canadian Ambassador Ms Lisa Helfland who were all shown round the cemetery, discovering the life stories of some of the soldiers and viewing the exhibition.

The photo exhibition, The Faces of Groesbeek, is organised by The Faces to Graves foundation as a “silent tribute” to those who died during the liberation of the Netherlands. Today, some 1,500 of the nearly 2,600 graves have a photo of the soldier displayed next to their grave. 170 photos are also displayed in the Groesbeek Memorial. 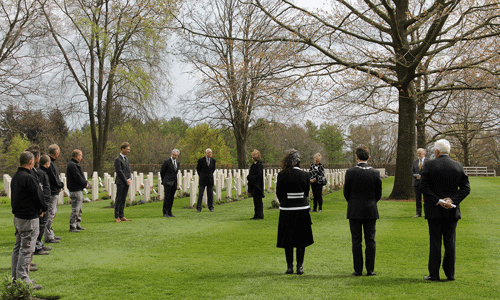 Following the visit to the exhibition, Geert Bekaert said: “The photo exhibition that was realised by the Faces to Graves foundation here at Groesbeek Canadian War Cemetery brings these fallen soldiers back to our personal memory. The involvement of the local community, schools and locals, but also of the relatives worldwide, deserves our highest appreciation. Initiatives like these are helping the younger generations to continue to remember the sacrifice of every soldier and his family, and we can only applaud that.”

Groesbeek Canadian War Cemetery, close to the Dutch border with Germany, holds over 2500 Commonwealth casualties of the Second Worlds War, with over 1000 names commemorated on the Groesbeek Memorial which stands in the cemetery.

Learn more about some of the CWGC WW1 Canadian memorials you can visit.