Monsoon season in Pakistan has caused damage to Karachi War Cemetery. The annual rains have been unusually heavy and the flood waters have caused a 24 metre section of wall from a neighbouring Naval Base to collapse into the site.

A considerable amount of topsoil has been washed away and some of the plants that remain are feared to have rotten below the ground due to residual water.

Our local team are working hard to restore things as quickly as possible while plans are being put in place to make the necessary wall repairs. 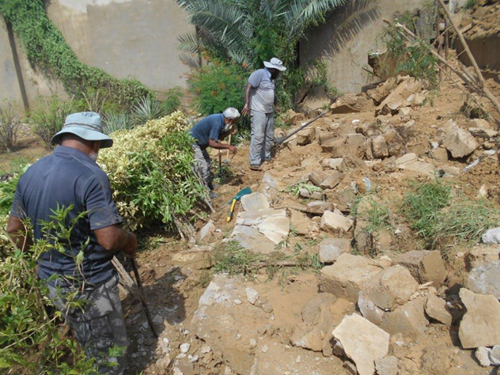 Everything is taking a little longer to do this year. The stop-start nature of work has seen routine maintenance of our war graves at Hampstead Cemetery, that began at the start of the year, take until the autumn to complete.

The main piece of work is the methodical re-engraving of the cemetery’s screen wall, which lists 114 people whose individual graves cannot be marked. To do this our stonemasons first grind back the stone by 5mm and then re-engrave each letter by hand. 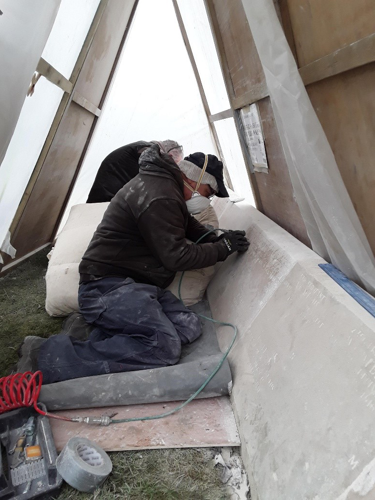 Because the work coincided with recent research from the public, two newly discovered Second World War casualties have had their names added to the wall.

Earlier in the project staff cleaned headstones elsewhere in the cemetery and restored the Cross of Sacrifice that sits in the centre of the screen wall.

Share this on
Tags Our work continues Karachi War Cemetery