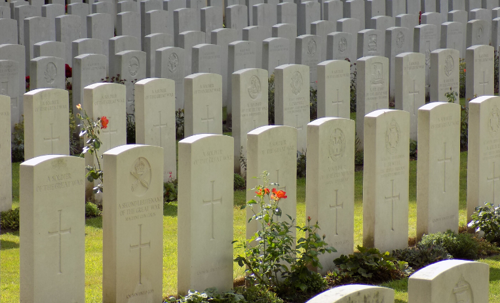 Since our November update, we have continued to investigate a significant number of Non-Commemoration cases. Here are just a few of the cases which have been accepted recently and which are currently being added to our war records:

6780 Private Moss enlisted in the Australian Imperial Force in September 1916. During the voyage to England, he was accidentally crushed between two barges whilst his ship was in port at Freetown, Sierra Leone (Africa). Suffering extensive spinal damage, he was hospitalised numerous times, in England and then Australia, prior to being medically discharged from the Army in August 1918.

Private Moss died aged thirty-eight, in a military hospital in March 1919, because of the injuries he suffered in the accident.

6450 Private Dowling was a Boer War veteran who re-enlisted in the Army Reserve in May 1913. Serving in the Royal Irish Regiment, he was taken prisoner at the Battle of Mons in August 1914 and held as a POW at Limburg Camp in Germany.

German war records confirmed that Private Dowling was transferred to Switzerland in early 1917, for repatriation home, due to a lung complaint and ill health. Suffering from chronic pulmonary tuberculosis, he was discharged from the Army and died just ten days later.

Staff Nurse Coltman was a civilian nurse prior to the outbreak of the First World War. Transferring to the Queen Alexandra’s Imperial Military Nursing Service she served overseas in the Dardanelles in 1915 and then in East and Central Africa in 1916, receiving the Royal Red Cross.

In June 1916 Nurse Coltman contracted malaria. She was eventually sent home on sick leave in 1918 and died in November, having been awarded the M.B.E. for devotion to duty a few months beforehand.

Private Thomas Henry Hitchen was serving with 494 Agricultural Company (attached 407th) of the Labour Corps. Whilst working on a farm in Barton-Le-Street, Malton (Yorkshire), he contracted an infection and died on 16 November 1918, five days after the Armistice.