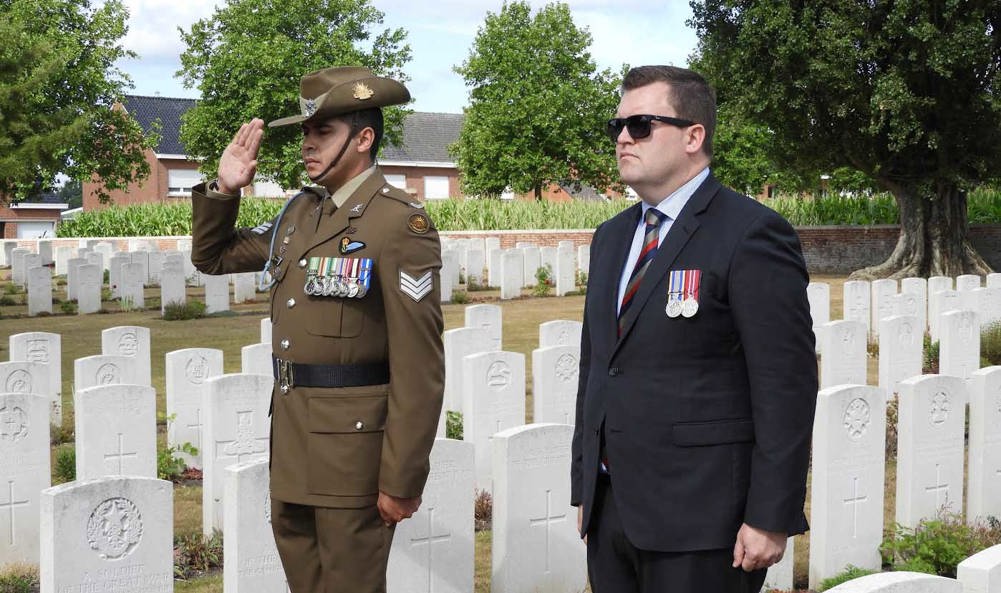 During April 1918, the 4th Australian Light Horse lost several men around Mount Kemmel. On the 26th April 1918 Sergeant Grayson took part in a patrol from Kemmel towards Vierstraat, to ascertain the strength of the Germans. At Ridge Wood Sergeant Grayson was killed instantly by German fire, aged 34. He was previously commemorated on the Ypres (Menin Gate) Memorial. 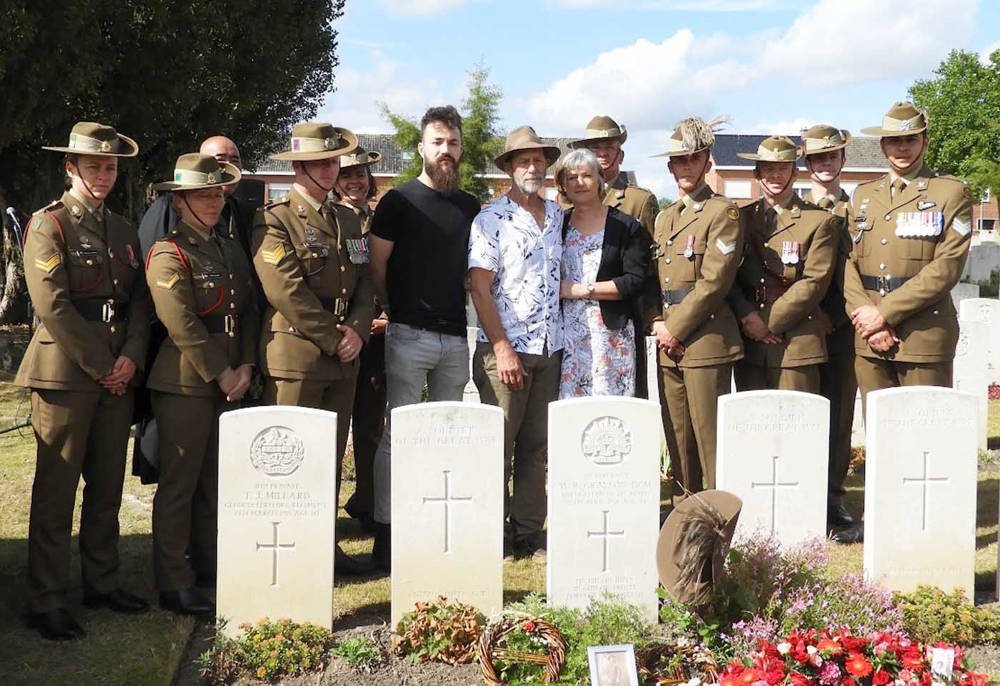 The Commonwealth War Graves Commission’s Voormezeele Enclosure No.3 (at one time were a total of four enclosures) were originally regimental groups of graves. They were begun very early in the First World war and gradually increased until the village and cemeteries were captured by the Germans after heavy fighting on 29 April 1918. The largest, Voormezeele Enclosure No.3, was begun by the Princess Patricia’s Canadian Light Infantry in February 1915. After the Armistice graves were brought in from isolated sites and smaller cemeteries. These concentrated graves cover the months from January 1915 to October 1918. There are now 1,611 Commonwealth service of the First World War buried or commemorated in Voormezeele Enclosure No.3, among them is Sergeant Walton Robert Grayson DCM. 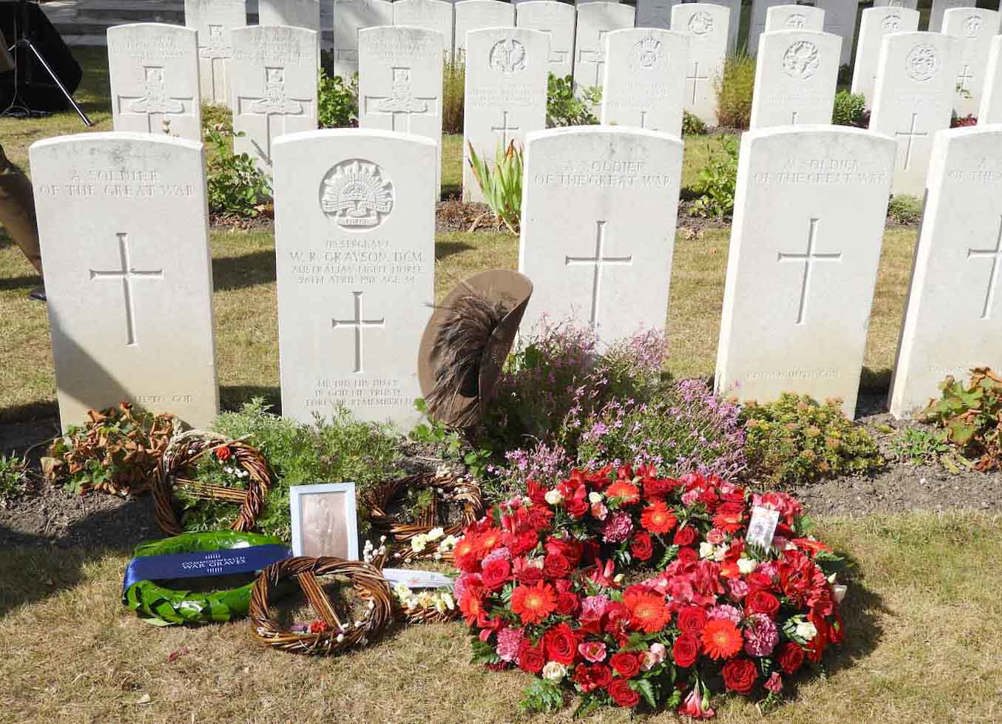