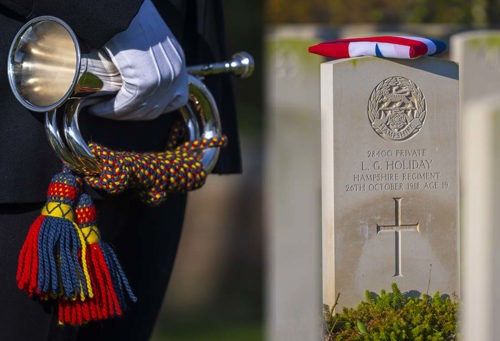 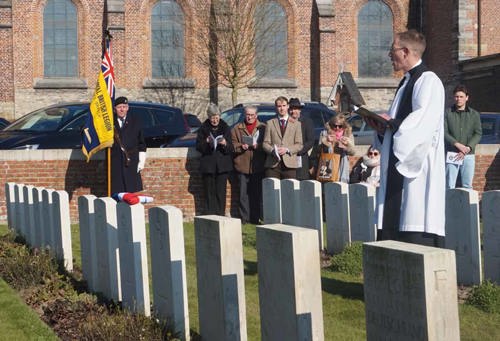 All three casualties have been buried in CWGC graves since the end of the First World War. However, the connection between each of the graves marked to an ‘unknown soldier’ and the missing casualties was made by researchers, who submitted their evidence to CWGC.

After further research by CWGC and the National Army Museum, MOD JCCC were able to formally identify them through the official adjudication process.

Sapper Barnden was born in Walton-le-Soken, Essex. He was a pre-war regular soldier, often referred to as the ‘Old Contemptibles’, who formed the British Expeditionary Force sent to the Western Front on the outbreak of war. He was killed on 12 December 1914 near Neuve-Église in Belgium aged 25 and buried at at Kandahar Farm Cemetery. The grave was marked with his regiment and a date of death, but not his name.

It was during fighting four years later that Lance Corporal Munday, 26, from Stockbridge in Hampshire, was killed on 22 October 1918. His body was one of those buried in Heestert Military Cemetery by local people. Although the regiment and rank of the casualty were known, he could not be identified by name at the time. 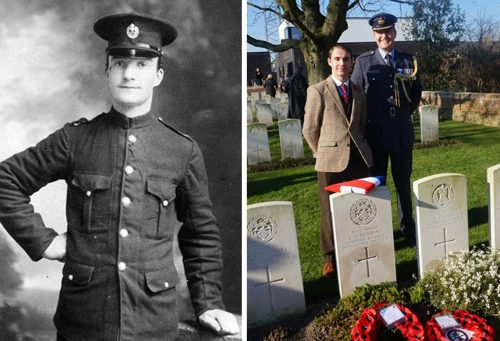 Private Holiday, 19, from Drayton St Leonards in Oxfordshire, was killed on 26 October 1918, just weeks before the end of the war. Initially buried in a field grave, he was concentrated to Vichte Military Cemetery after the war. At the time it was not clear which missing casualty of the Hampshire Regiment he might be.

The initial evidence concerning the graves of LCpl Munday and Pte Holiday was submitted by Michiel Vanmarcke, a local Belgian student with a passion for First World War history. Michiel attended the services along with members of his family.

“I am deeply honoured to have contributed to the identifications of Lance Corporal Munday and Private Holiday. As a 21-year-old Belgian who grew up in the area where both these men were killed, I feel some sort of connection with them. Seeing Munday and Holiday honoured today, a few years after handing over my initial report, really is the cherry on the cake.

“What truly matters is that two more missing heroes have been found, and that their relatives have the closure they deserve.” 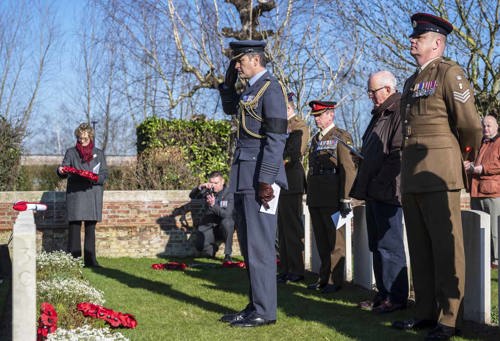 “It’s a privilege to be present at the rededication of the grave of Lance Corporal Owen James Munday, his final resting place is now marked with a headstone bearing his name, enabling us to renew our commitment to care for Commonwealth graves, in perpetuity.

“Thanks to the efforts of a dedicated researcher, we are also delighted and honoured to mark the grave of Private Leonard George Holiday, who is buried in the CWGC’s Vichte Military Cemetery. And finally, to honour and respect Sapper Stanley Evelyn Barnden, who was previously recorded as missing and commemorated on the Ypres (Menin Gate) Memorial in Belgium."

“It has been an honour to organise these rededication services alongside The Princess of Wales’s Royal Regiment and 35 Engineer Regiment, and to have played a part in the identification of the graves of these missing soldiers.

“Although the families of Spr Barnden, LCpl Munday and Pte Holiday were not able to attend these services today, their sacrifice has been remembered in the presence of their regimental families.”