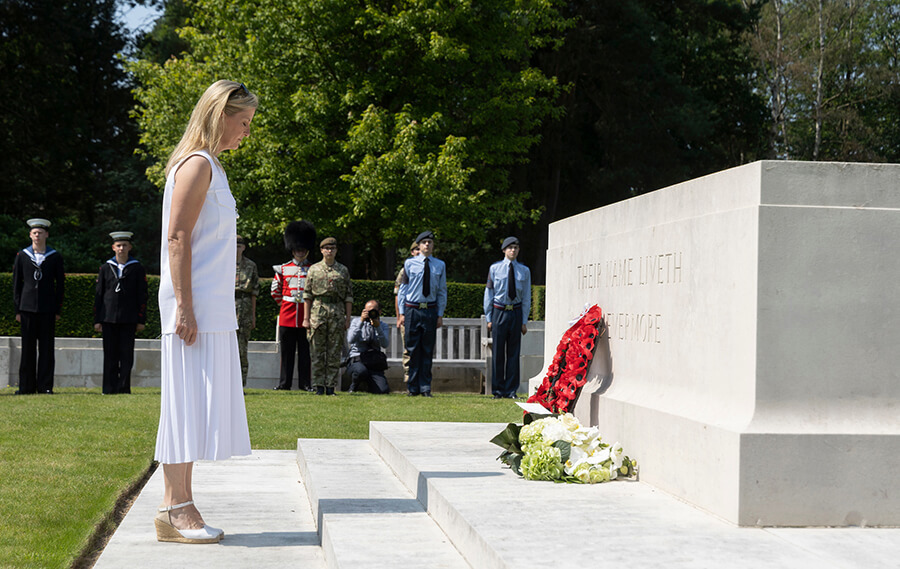 The Duke and Countess both laid wreaths at the Stone of Remembrance in honour of the Commonwealth personnel who died both in the UK and overseas.

During a tour of the cemetery, Their Royal Highnesses met CWGC staff and volunteers, and learned some of the stories of the Commonwealth men and women commemorated at Brookwood.

Following the tour, The Duke of Kent and The Countess of Wessex were presented with a copy of a new book chronicling the story of the campaign in the Far East during the Second World War, written by John Tulloch MBE.

The Duke of Kent has long supported our work, serving as President of the CWGC for more than half a century. The Countess of Wessex is Patron of the Java Far East Prisoners of War Club, and this was her first visit to Brookwood Military Cemetery. 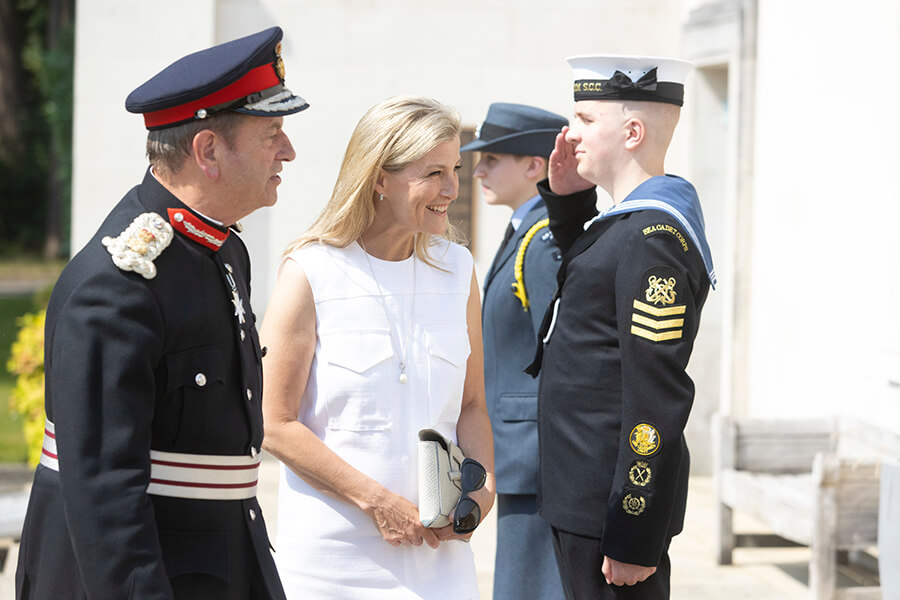 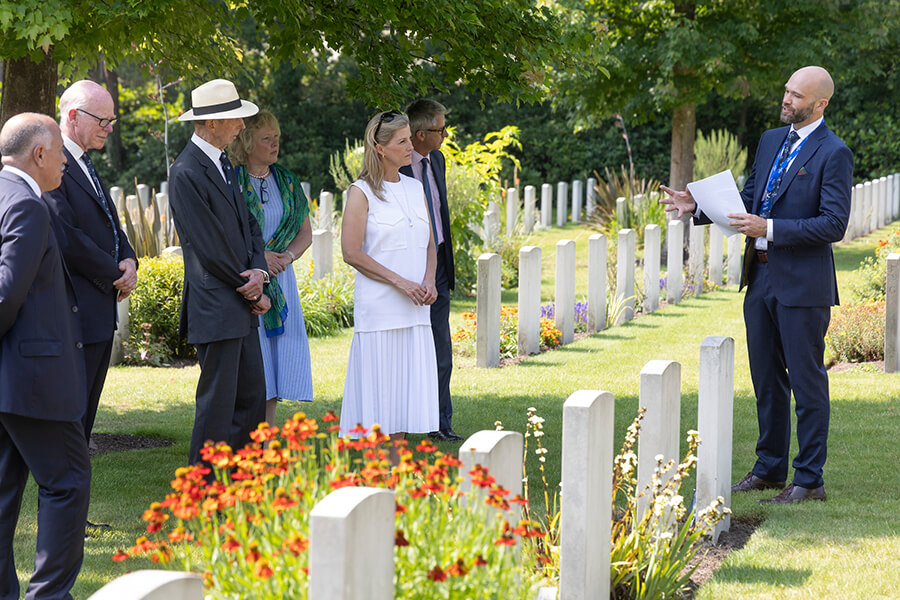 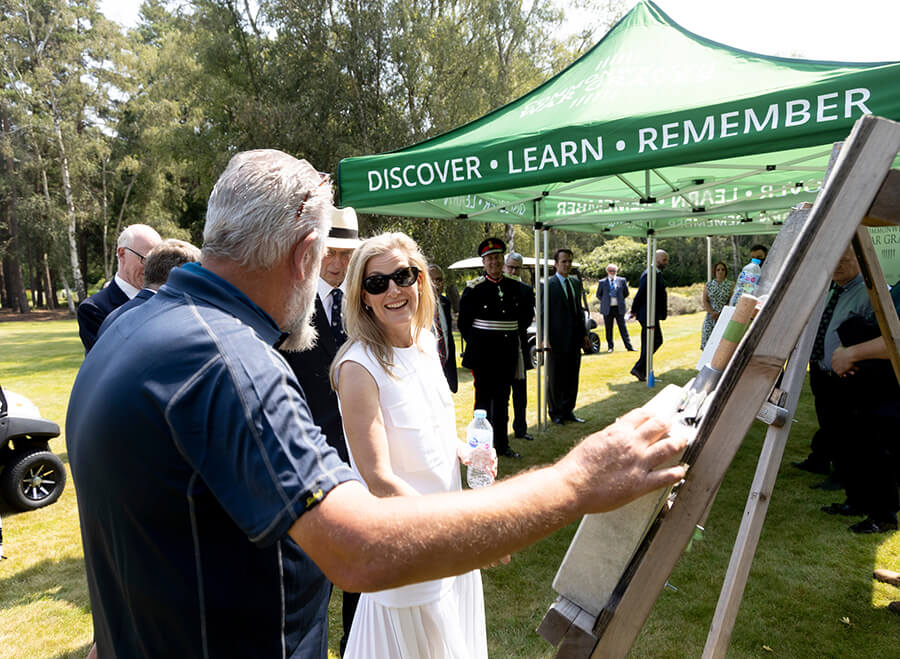 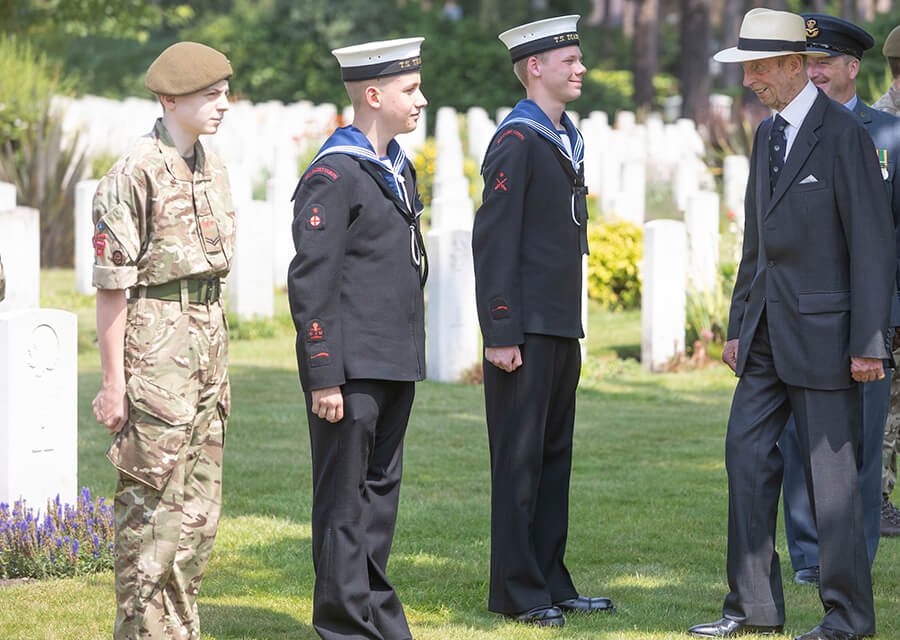 Claire Horton CBE, Director General of CWGC, said: “It has been an honour to welcome our President The Duke of Kent, and The Countess of Wessex, to pay tribute to some of the men and women who gave their all, and meet the staff and volunteers at CWGC who help preserve their legacy.

“Brookwood Military Cemetery is our largest site in the UK and it serves as a reminder of the truly international sacrifice that was given during the World Wars.

“Men and women from across the world who paid the ultimate sacrifice are commemorated here, and it was a privilege to be joined by Their Royal Highnesses to share some of those stories.”

Brookwood Military Cemetery contains more than 5,000 graves of men and women from across the Commonwealth, as well as French, Czechoslovak, Italian, Belgian, Polish and American.

To learn more about the site, or download a walking tour, visit: https://www.cwgc.org/our-war-graves-your-history/explore-great-britain/south-region/brookwood-military-cemetery/