TAKE PART IN A VIRTUAL ACT OF REMEMBRANCE FOR VE DAY 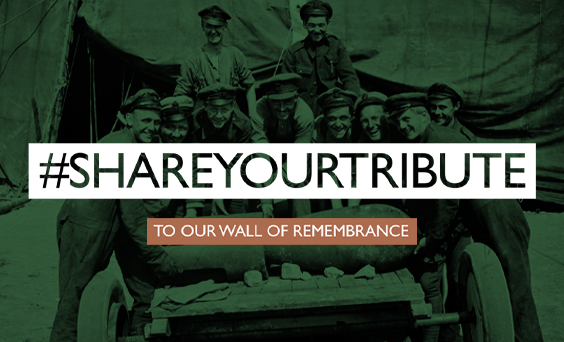 The CWGC has launched a digital campaign, calling on the public to take part in an act of virtual remembrance. As the country celebrates the 75th anniversary of VE Day, the Commission is encouraging people to pay tribute to those who served to secure our peace, in its new digital “Wall of Remembrance.”

Coronavirus restrictions have seen major VE Day commemorations cancelled or taking on new socially distant forms. The commission is inviting the public to take part in this act of remembrance and submit a tribute or photo as part of the new initiative.

On 8 May 1945, Nazi Germany formally surrendered, ending the Second World War in Europe. The British people had been at war for 2075 days. They had endured bombing and the loss of loved ones, but through adversity and hardship they survived. The darkest days were now firmly behind them, and people took to the streets to celebrate.

8 May 2020 marks the 75th anniversary of Victory in Europe Day, better known as VE Day. Across the country many will be celebrating this victory, honouring the moment the most destructive conflict in European history finally came to an end. Throughout the celebrations however, it is important to remember those who gave their lives to bring about the end of the war and the defeat of Nazism.

The public can submit their tribute using #ShareYourTribute on social media, or upload on the CWGC website.

“At this dark time, we want to give people a way to honour those brave men and women who gave their lives in the second World War, creating this virtual Wall of Remembrance, so they can take part in VE Day. Whether it is a simple thank you, a picture or a few lines of text, we want to collect as many tributes as possible. Despite trying circumstances, we will ensure that these men and women are remembered in perpetuity.”

To add your tribute to the online Wall of Remembrance click here https://www.cwgc.org/share-your-tribute or share on social media using #ShareYourTribute