Thank you for joining us for Heritage Open Days

Throughout September, cultural and historical institutions across Europe have opened their doors to the public as part of Heritage Open Days, a series of initiatives designed to help people learn more about the history on their doorstep.

The CWGC is no exception as we built on our normal tours and events by creating a full program of tours, talks and open days through out the month at sites across Great Britain, France and Belgium.

Throughout September, we delivered 90 tours in 38 different locations to over 1300 people with proceeds from ticket sales and donations going to support the work of the Commonwealth War Graves Foundation.

Tours across the country were very well received, with a wide range of talks, demonstrations and events for visitors to enjoy. At Heene Cemetery, for example, our teams worked in partnership with other local history groups as well as local beekeepers to host a unique program of events.

At Liverpool Naval Memorial the tours were exceptionally busy, and included a tour of the site and stories about some of the casualties commemorated there. The events also included demonstrations by one of the CWGC Stonemasons who explained about the work and techniques of our teams across the world.

There was also a surprise at Troqueer Cemetery where a descendant of one of the casualties commemorated at the cemetery joined the tours, giving a personal twist to the day.

Over 170 people visited the staff and volunteers at our open day at Brookwood Military Cemetery and it was a real team effort. There were demonstrations from stonemasons and horticulture staff, we had talks from the Director of Horticulture, posy making and children’s activities.

Our teams had lots of interest from local groups for talks in the future, you can book a talk here: www.cwgc.org/talks 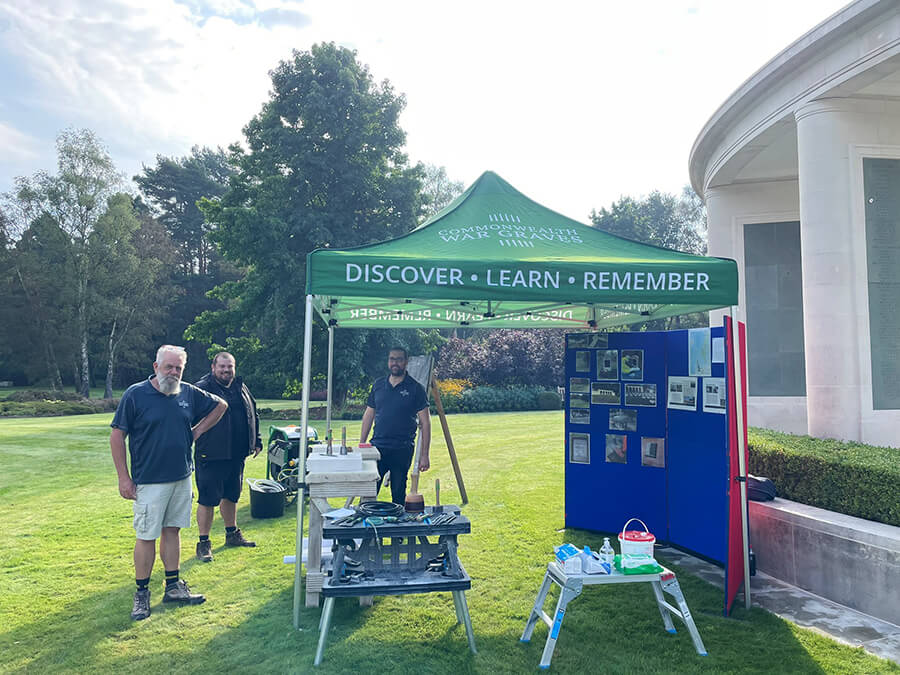 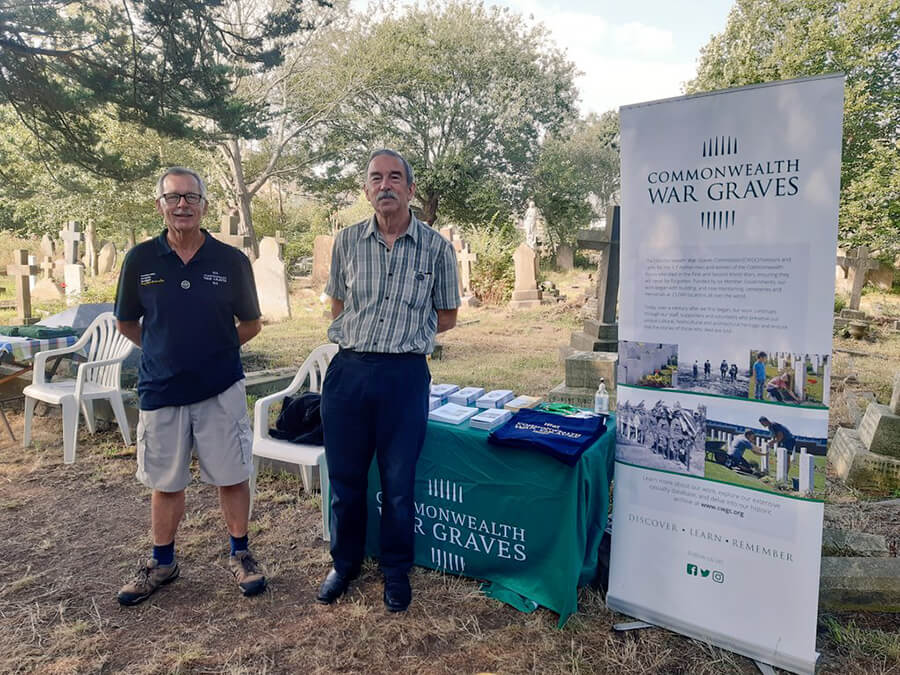 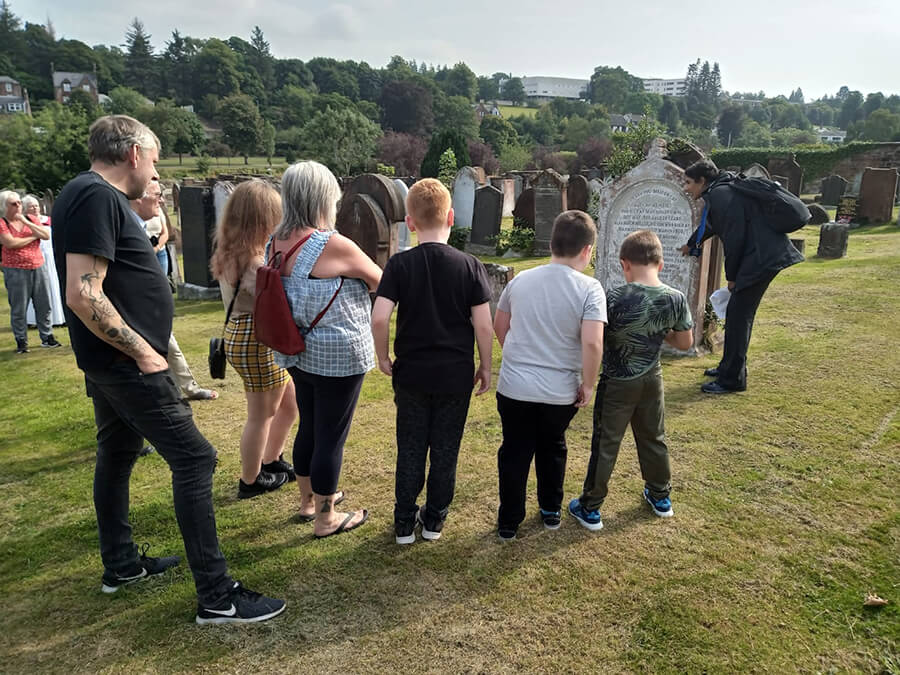 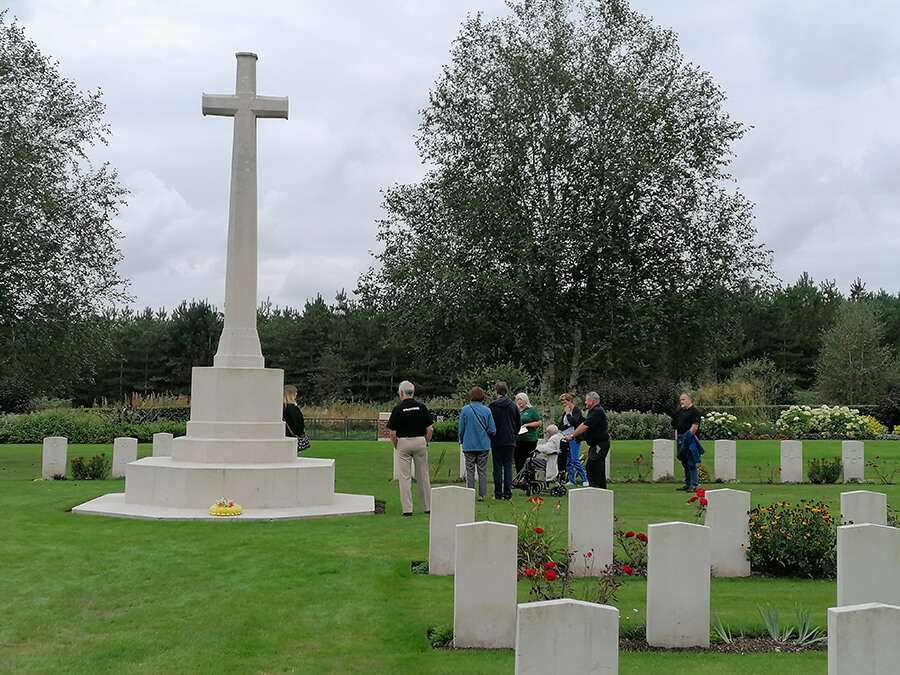 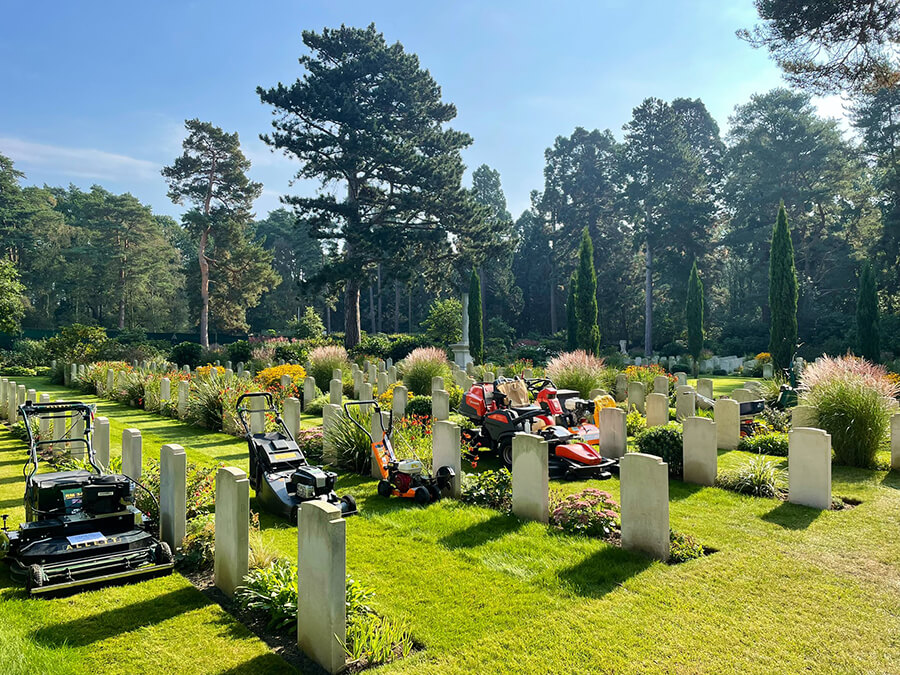 In Belgium during the month of September, we celebrated Open Monuments Day where members of the public are encouraged to discover their local heritage in dozens of countries all over Europe.

We held events at some of the iconic cemeteries and memorials on the Western Front, with a special emphasis on the overarching heritage day theme: inclusive heritage.

Our teams developed an inclusive and adapted guided tour for blind and visually impaired visitors to Tyne Cot Cemetery and Memorial. The tour was developed in cooperation with the experts of Blindenzorg Licht en Liefde (EN: Blind care Light and Love), the organisation that helps visually impaired and blind people to build a quality life.

Find out more about our new Tyne Cot sensory tour

The Passchendaele Society 1917 with the support of the Municipality of Zonnebeke took visitors on a walk in the cemetery and told various personal stories of the fallen, who came from all corners of the world. An incredible 500 visitors came and joined for a tour, from elderly visitors to young families with children, asking lots of questions about the work we do.

At Hedge Row Trench Cemetery guided tours and demonstrations took place. In the past five years we have restored 24 Commonwealth cemeteries in and around Ypres with the help of grants from the Flemish Government, of which Hedge Row Trench Cemetery is one. Specialists in restoration, explained the challenges and expertise that comes with restoring historical heritage.

Hooge Crater Museum and Bellewaerts also offered inclusive guided tours at Hooge Crater Cemetery in Ypres, with the presence of a sign language interpreter and special attention for visitors with visual impairments. Through the graves the guides told the story of WWI at Hooge. At Poelcapelle British Cemetery, the CWGC horticultural department were in the spotlight with in multiple tours and talks about their work and the unique challenges our teams face around the world. 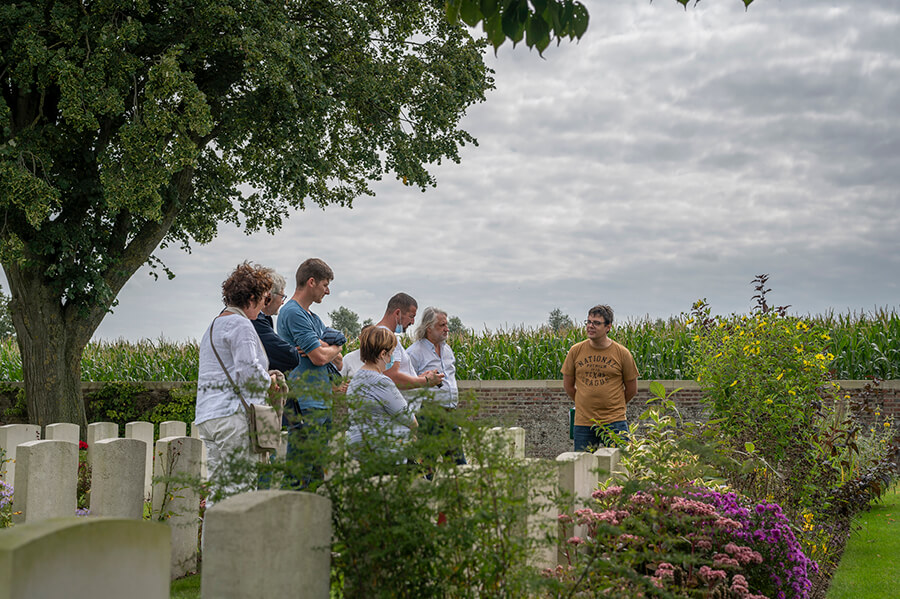 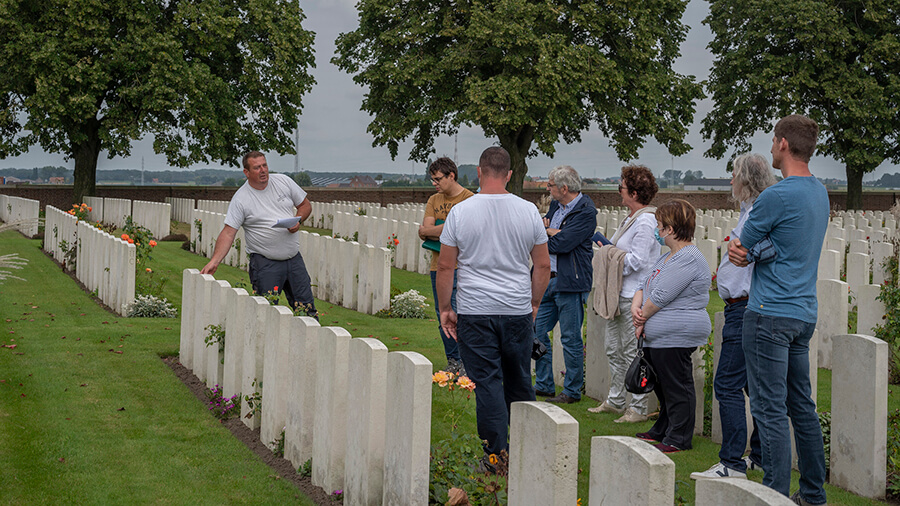 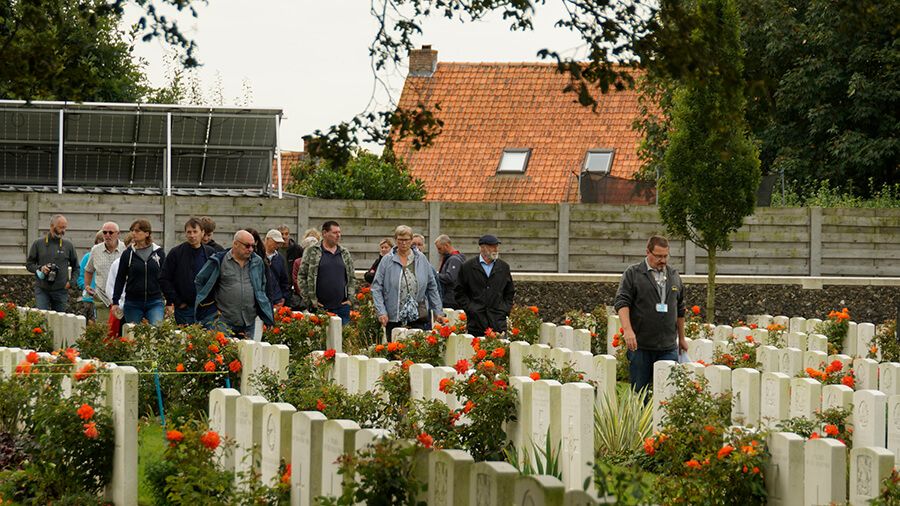 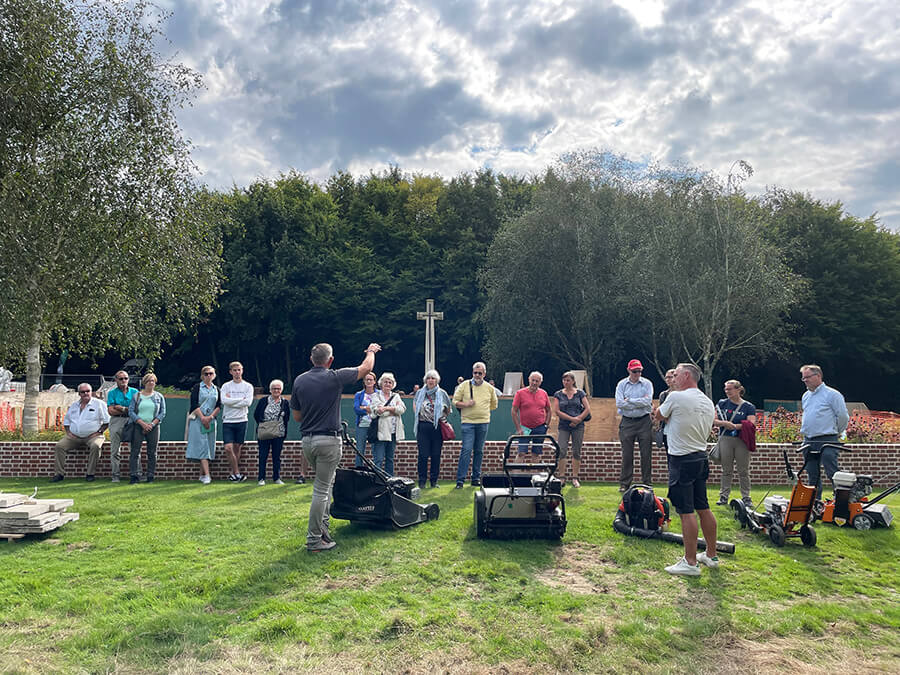 On September 18 and 19, 544 visitors were able to take advantage of a large program of events for the European Heritage Days in Beaurains and Arras in France. The two-day program was spread over two different sites: The CWGC Experience visitor center and the Faubourg d'Amiens memorial cemetery in Arras.

A total of 338 people came to The CWGC Experience in Beaurains over the weekend to participate in conferences, guided tours and craftsman demonstrations and 206 visitors came to the Arras Memorial to discover the horticultural work of the Commission, observe demonstrations of engraving, stonecutting and practice the exercise. A stand on the Recovery Unit also aroused a lot of curiosity at the interpretation center.

As part of European Heritage Days there were also talks held at the CWGC Experience; the first was about sport during the Great War by the historian Michel Merckel author of the book "14-18, sport comes out of the trenches". The second was given by Laurent Wiart (Director of Heritage, Archeology and Tourism for the city of Arras) focused on Commonwealth troops in Artois.

We also ran guided tours across the weekend at the CWGC Experience where members of the public were able to find out more about our workshops, operational teams and learn more about how we carry out our work across France and the rest of the world.

Find out more about the CWGC Experience 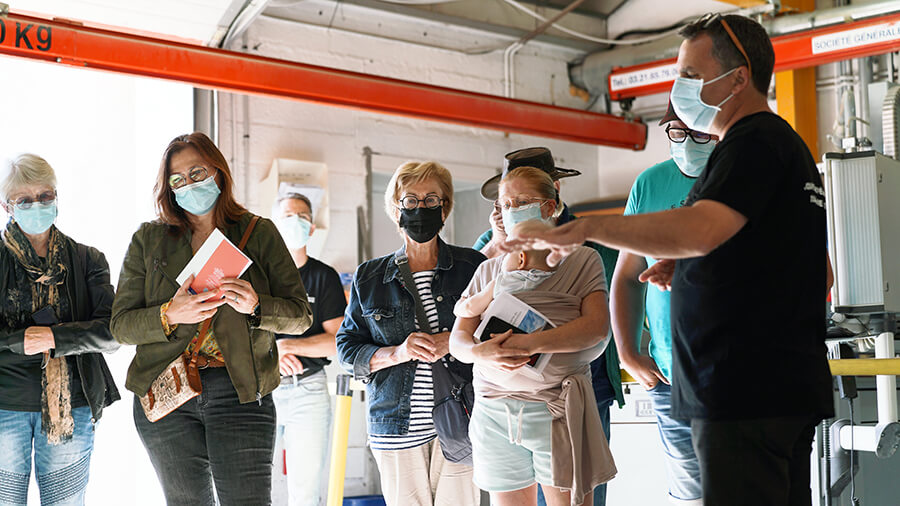 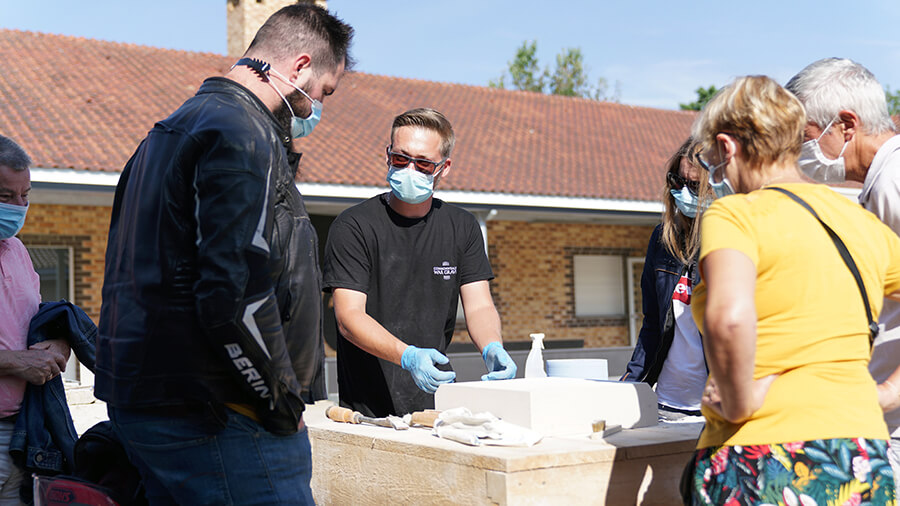 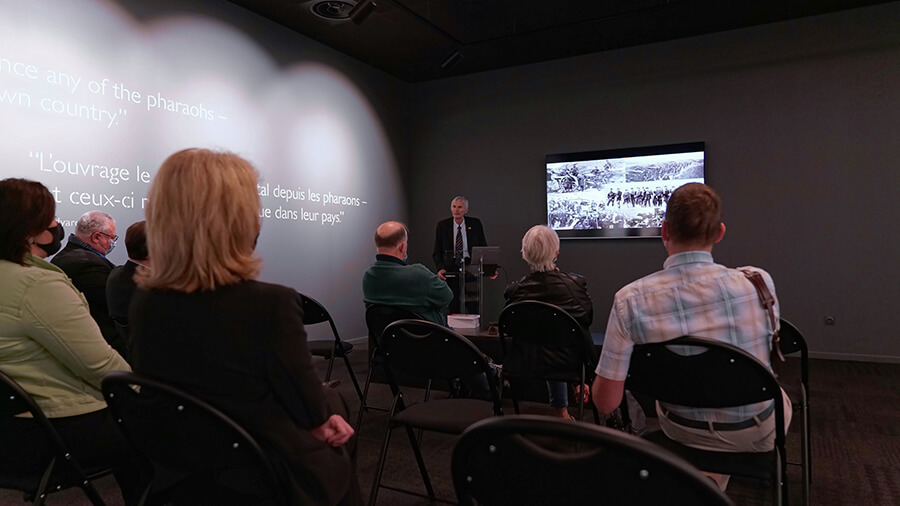 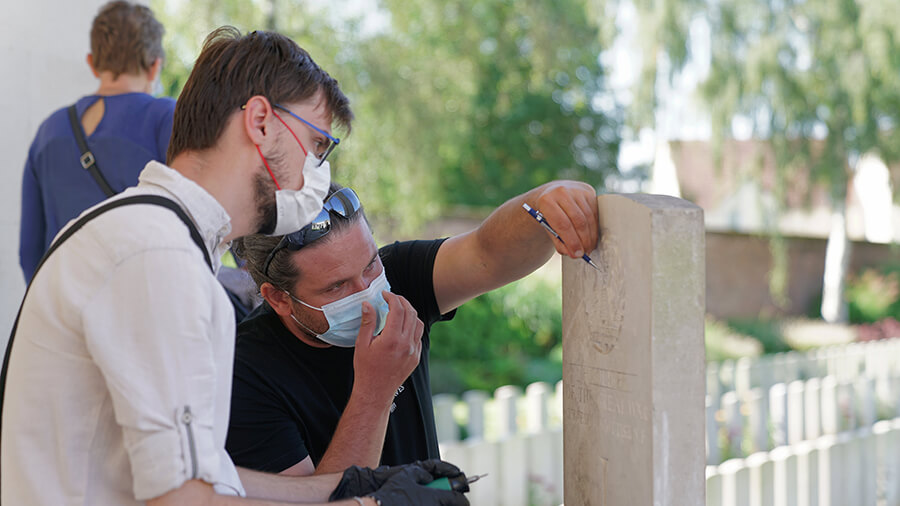 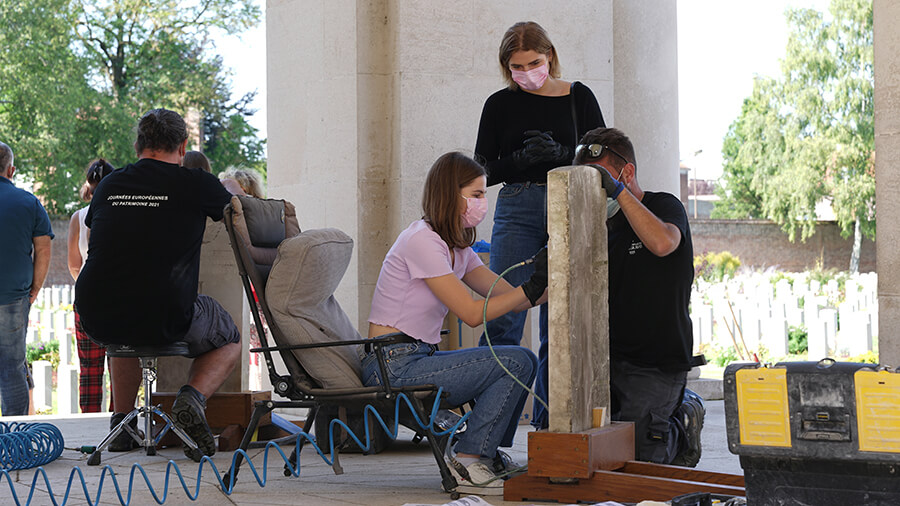 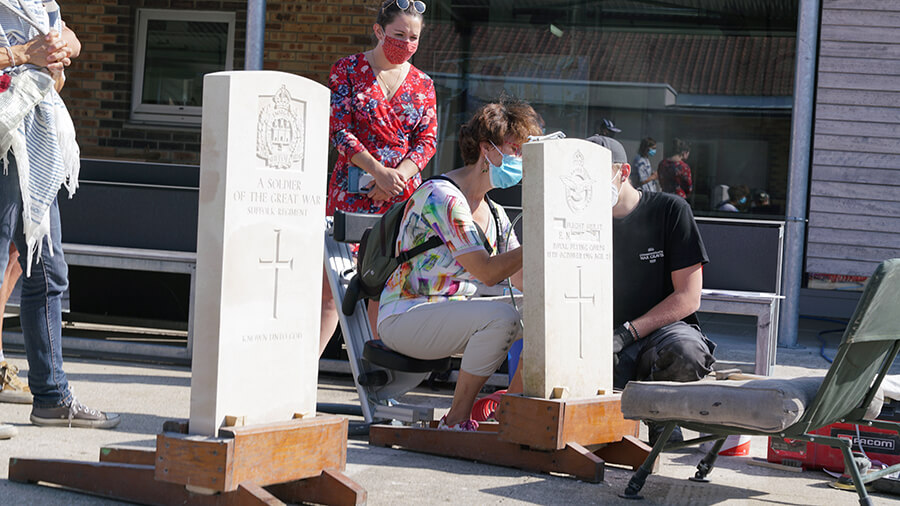