Thousands of Air Cadets to learn about UK war graves

The stories of Royal Air Force personnel who died in the World Wars will be shared with a new generation thanks to a project launched by the RAF Air Cadets and the Commonwealth War Graves Commission, one of a number of initiatives to be launched in the Air Cadets 80th anniversary.

The programme will offer thousands of young people in the UK the chance to discover the war dead commemorated near to where they live. Cadets will be encouraged to research local casualties of war and share what they have learned with family, friends and in their community. 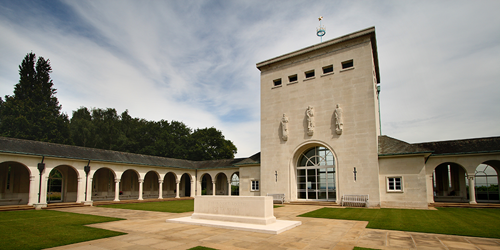 They will each receive training on how to use online sources to piece together the life stories of these heroic men and women who gave their lives in service of their country. By learning more about their lives and their roles during the First and Second World Wars, it is hoped cadets will gain a better understanding of the impact the wars had on their local community.

Cadets will also be able to share their findings to the CWGC’s digital wall of remembrance using the hashtag #ShareYourTribute.

Commandant Air Cadets, Air Commodore Tony Keeling said: “As we mark our 80th anniversary this year we hope to commemorate as well as celebrate and inspire. Working with the Commonwealth War Graves Commission is a truly wonderful opportunity for us to commemorate the brave military personnel who sadly gave their lives for the future of this country.

“The Air Cadets is no longer a recruitment organisation for the Royal Air Force, but back in 1941 when the organisation was first established, many young cadets who learnt aviation-related subjects joined the RAF and fought for their country. As part of our 80th anniversary we are absolutely honoured to be joining the CWGC in this exciting project to keep the memories of our predecessors alive.”

Liz Woodfield, director of information and communications at the CWGC, said: “We are delighted to be partnering with the RAF Air Cadets in this project that will help a new generation connect with the stories of the war dead.

“The World Wars touched every community in the UK in some way and it is important we always remember. By helping the next generation to understand the stories local to them, we hope to keep alive the memory of the men and women who sacrificed their all. We look forward to seeing the results of the cadets’ research and hope to be able to expand this project to more youth groups and to schools in the future.”

The RAF Air Cadets comprises both the Air Training Corps and the CCF (RAF) and has approximately 1,200 units and 60,000 members in the UK and overseas. Each unit will first be offered a talk, courtesy of CWGC’s Kantor Speakers’ Programme.

Once they have been introduced to the work of CWGC in the UK, they will be shown how to research the men and women commemorated in their local area and encouraged to visit their graves and memorials.