Cautious progress has been made in restoring Mosul War Cemetery, thanks to international efforts.

The United Nations Mine Action Service (UNMAS) recently completed a sweep of the grounds to remove unexploded ordnance left behind by groups who had occupied the site in recent years. 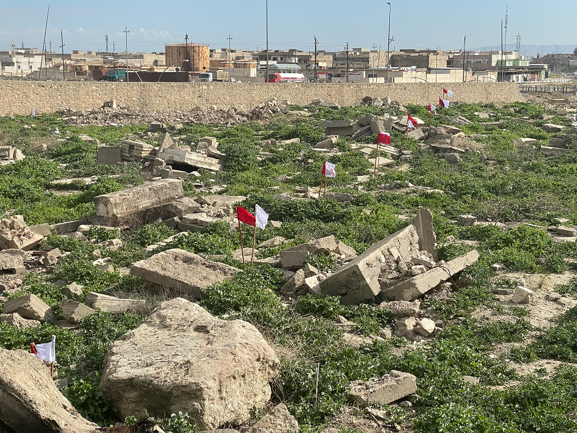 The cemetery has been heavily damaged over the past decade. While headstones and memorials are beyond repair, our understanding is that below the surface graves remain undisturbed.

UNMAS’s recent work now paves the way for further improvements when the situation allows. Our next goal is to conduct site surveys and a review of how to clear any further debris and secure the cemetery boundaries.

The progress at Mosul is in line with the CWGC’s wider strategy for our sites in Iraq – namely, to clear and secure locations, when safe to do so. Longer term we await further improvements to the local situation before planning how and when to repair and rebuild. 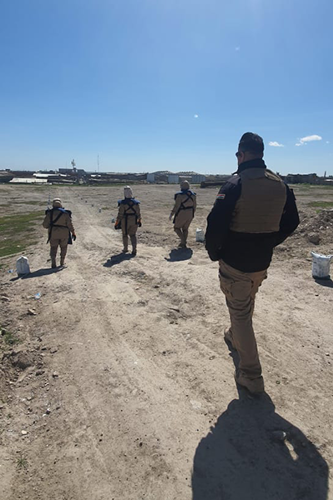 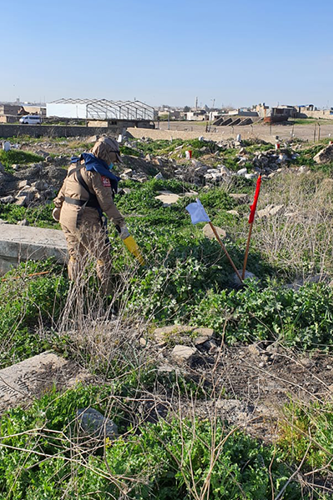 It has not been possible for us to have a direct presence in Mosul since the 1980s and as with our other recent progress in Iraq, gentle steps forward are only possible thanks to the excellent support we receive from local contractors, international agencies and British diplomats, including the UK Consul in Erbil.

Mosul War Cemetery contains 191 First World War burials, of the Indian Forces and all but six unidentified. A further 145 Second World War burials from Australia, Canada, India, and the UK are sited there, alongside 13 non-war consular burials.

The names of all those commemorated in Iraq can be found in a special Roll of Honour, held at our Head Office in Maidenhead.