A unique war cemetery in an English country home has been restored by our expert stonemasons. Cliveden War Cemetery sits within the grounds of Cliveden House in Taplow, Buckinghamshire, in a sunken Italian-style garden, unlike any other Commonwealth War Graves Commission site.

The home served as a Canadian war hospital during the First World War when the garden was converted into a cemetery and it now contains 44 war graves of soldiers and nursing staff.  Over time some of the recumbent, or flat-laying, headstones had become water damaged and needed restoring.

Two headstones were damaged beyond repair and replaced with specially sourced Crossland Hill sandstone – cut to shape and engraved by our headstone production unit in Beaurains, France. They were then given lead lettering and finishing touches to match the site’s characteristics by our stonemasons based out of Brookwood Military Cemetery in Surrey.

A further six headstones were carefully repaired to allow amendments to their inscriptions. Rather than replace historic stonework, our masons carve out the damaged or incorrect sections, adding a new stone insert, and re-engraving the lettering by hand. 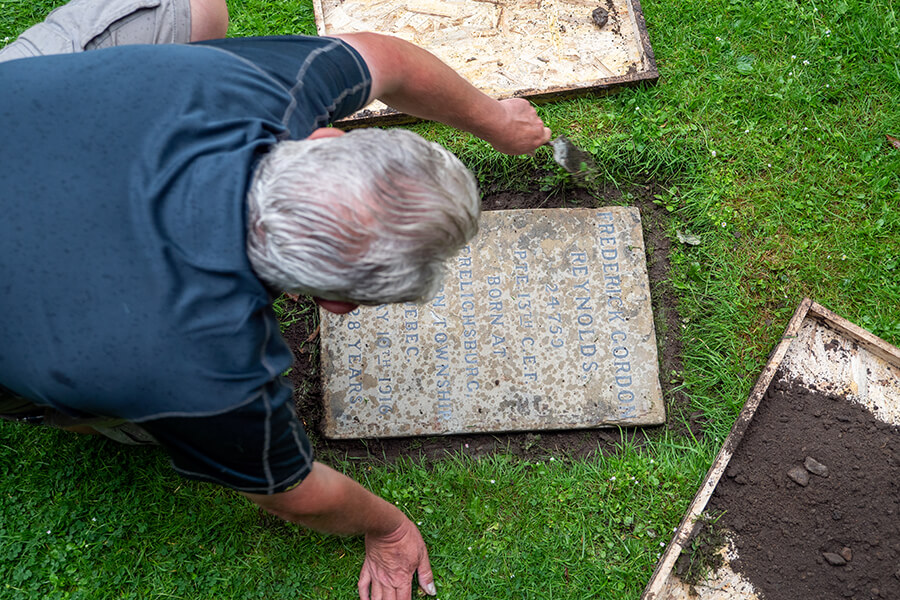 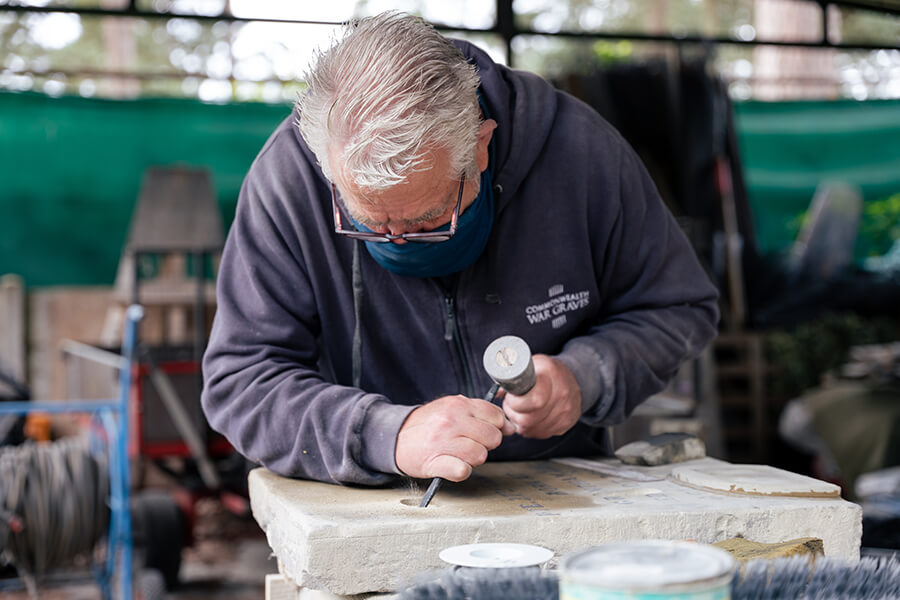 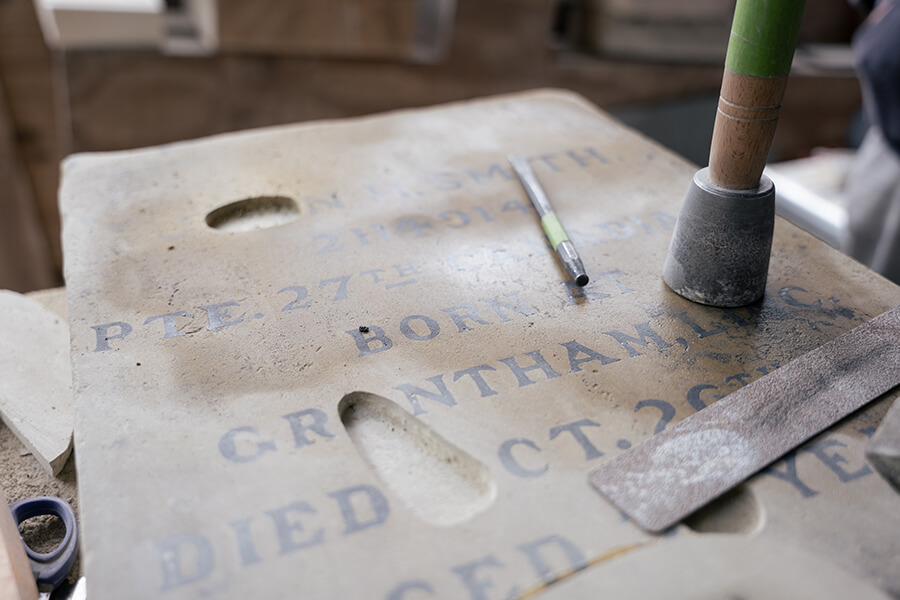 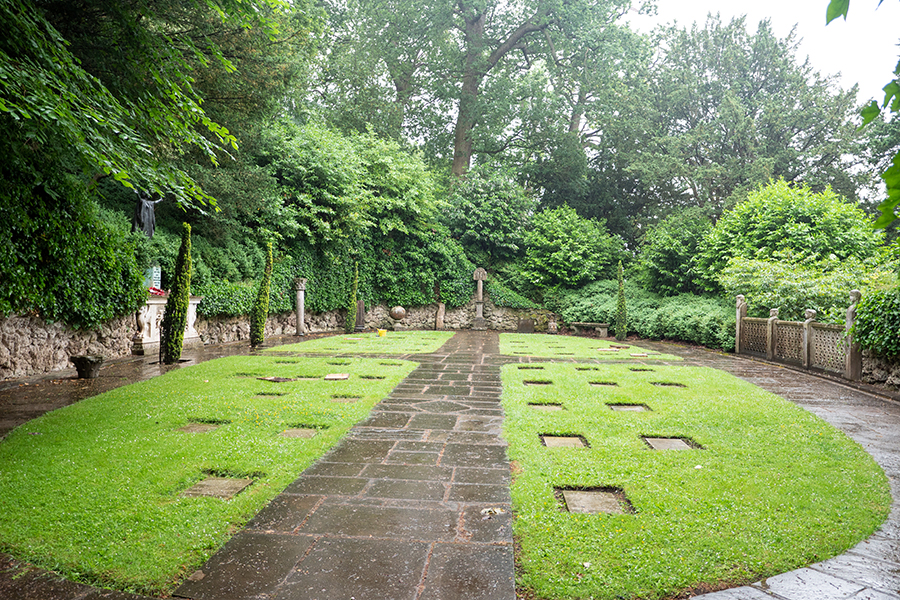 This approach reduces our use of finite natural resources and better preserves the character of the historic sites we’re entrusted with.

Cliveden House and the wider gardens are cared for by the National Trust who we have worked closely with throughout this project.

The cemetery contains 42 burials dating from the First World War, of which 28, including two nursing sisters, are Canadian. Of the 21 Americans who were buried at Cliveden during the war, all but two were repatriated after the Armistice. The remainder of the burials are those of British, Australian and New Zealand soldiers and airmen who died while undergoing treatment in the hospital; their names are inscribed on the bronze wall behind the font. The bronze sculpture opposite the marble screen is the work of the Australian sculptor, Sir Bertram Mackinnel, and was installed in the cemetery during the First World War.