"Please consider the following when planning a visit:
- There is an unprotected edge at the Cemetery boundary, where the ground drops to a lower level.
- Kerbing and paths around the Cemetery could prove a slip/trip hazard" 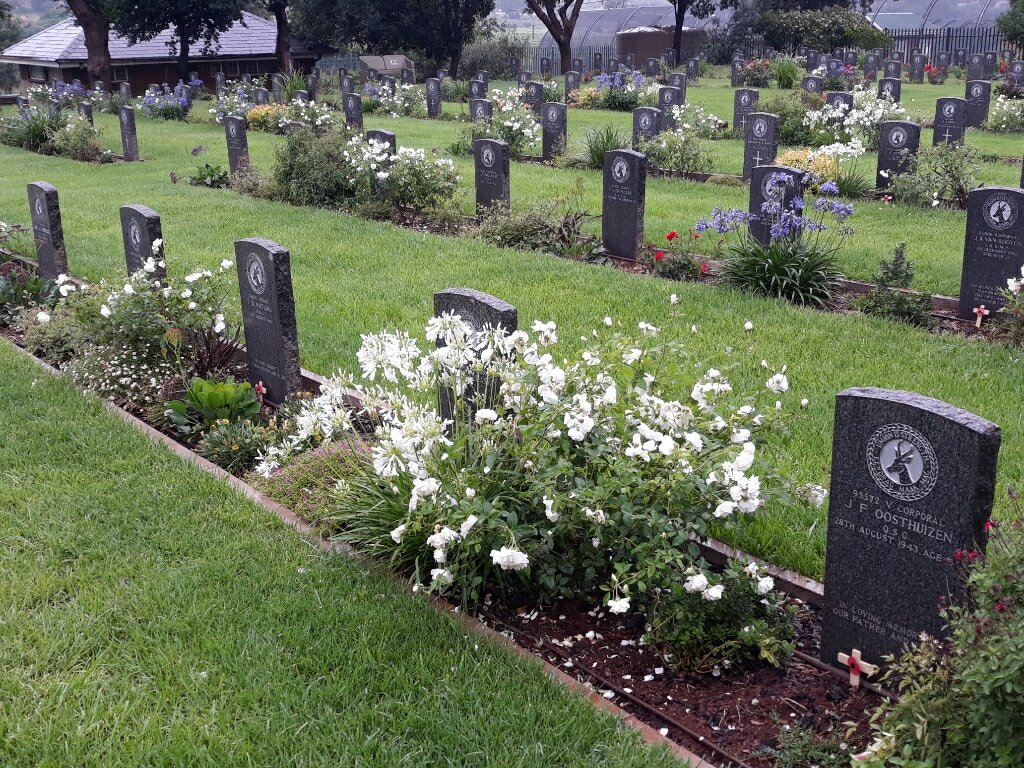 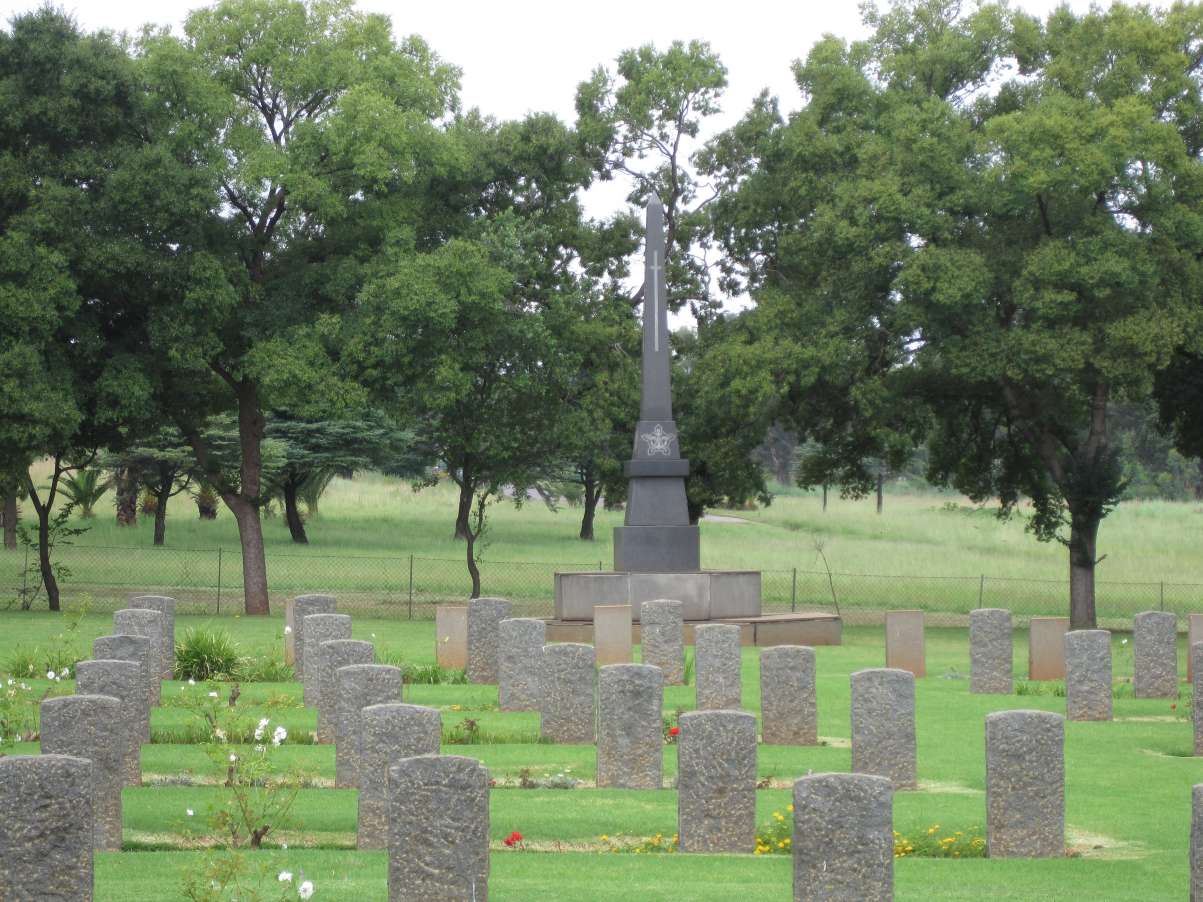 All the graves are in one plot with a Cross of Sacrifice. Travelling from Pretoria city go past 1 Military Hospital and turn right at the large blocks of flats into Kwagga Road, which leads to the cemetery entrance.

Thaba Tshwane (previously known as Voortrekkerhoogte and prior to that, Roberts Heights) was established as a garrison town by the British after the Anglo Boer War and taken over by South African Department of Defence after Union in 1910. It was and still is an important military town with many units and schools of the Army, Air Force and Medical Services.

During the Second World War, No.110 Military General Hospital operated in Voortrekkerhoogte.

The Commission maintains 293 Commonwealth, 1 Greek and 1 Belgian burials of the Second World War and 1 non-war burial in this cemetery.