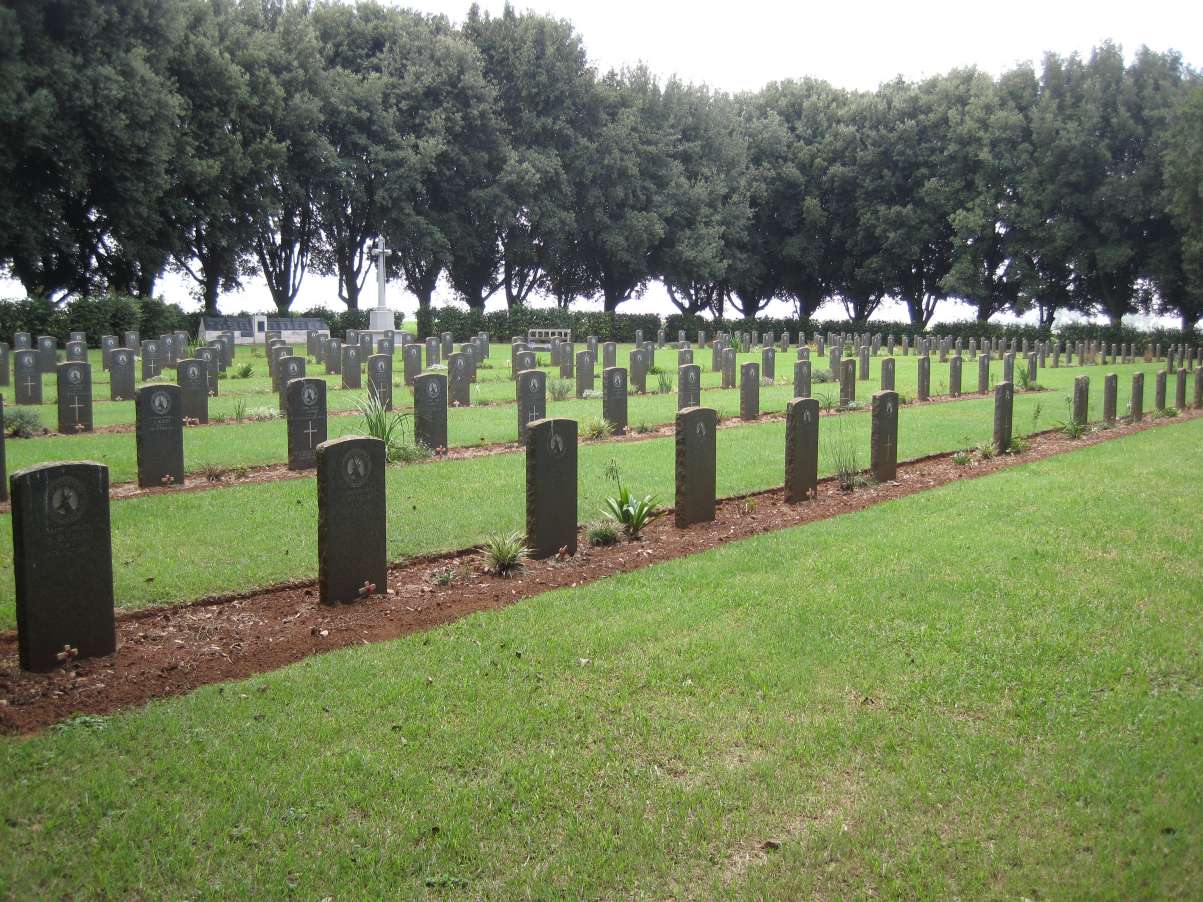 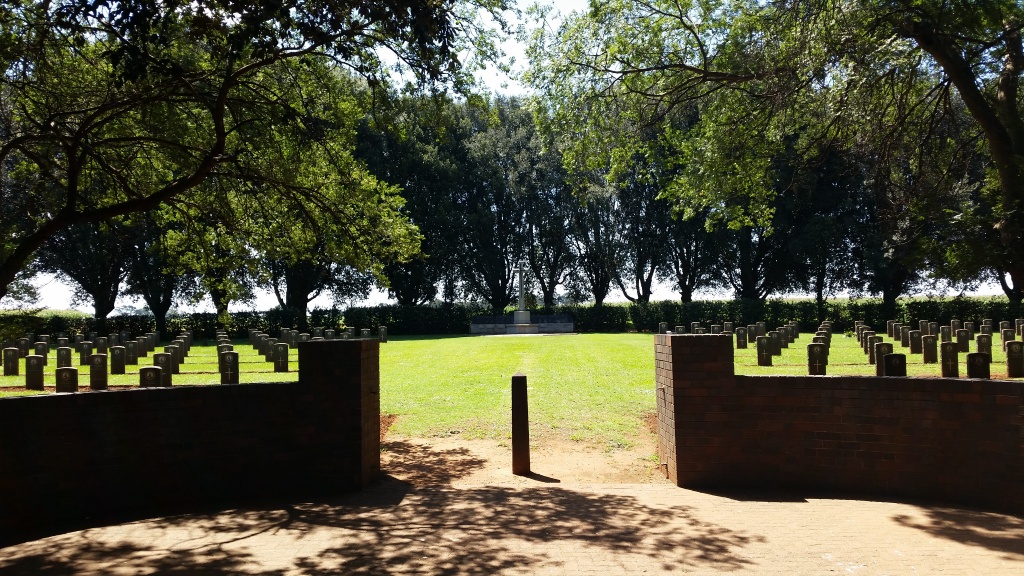 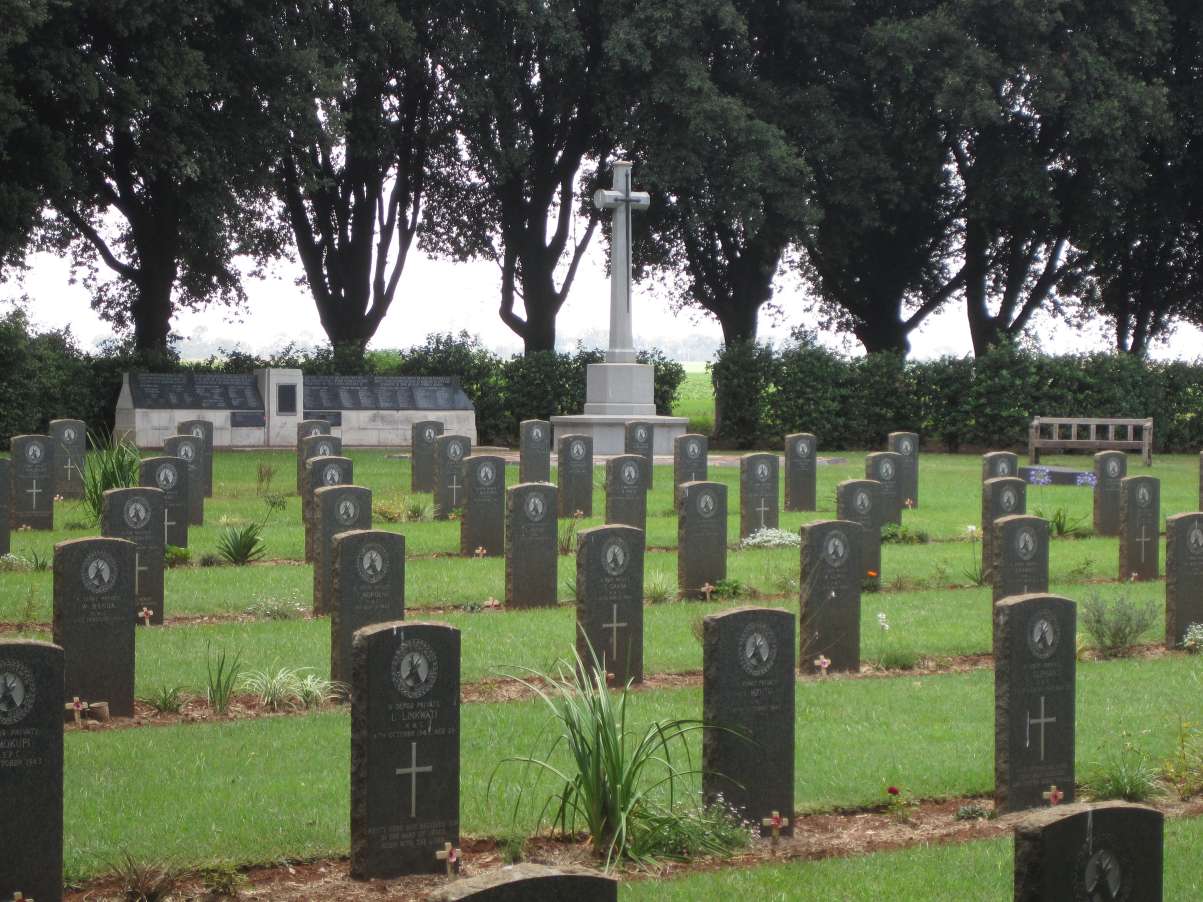 From the N12 follow the signs to Springs. Follow 4th Avenue past the fire station and war memorial, then turn left onto the R29 towards Secunda. After 8.4 kilometres turn left at the Aston Lake sign. Travel 1.7 kilometres then turn left onto the track which leads to the cemetery. Within the cemetery is the Palmietkuil South War Cemetery Memorial, which commemorates members of the South African Forces who died during the 1939-1945 War and who lie buried in different parts of South Africa in graves which could not be maintained.

The compounds of the gold mine on Palmietkuil Farm were taken over by the Union Defence Force at the outbreak of Second World War and used as the main training centre of the Military Corps. The centre was served by its own hospital. The cemetery contains 217 Commonwealth burials of the Second World War, all of the South African Army. A memorial within the cemetery, behind the Cross of Sacrifice, bears the names of 122 soldiers, whose graves in remote parts of the country could not be properly maintained.