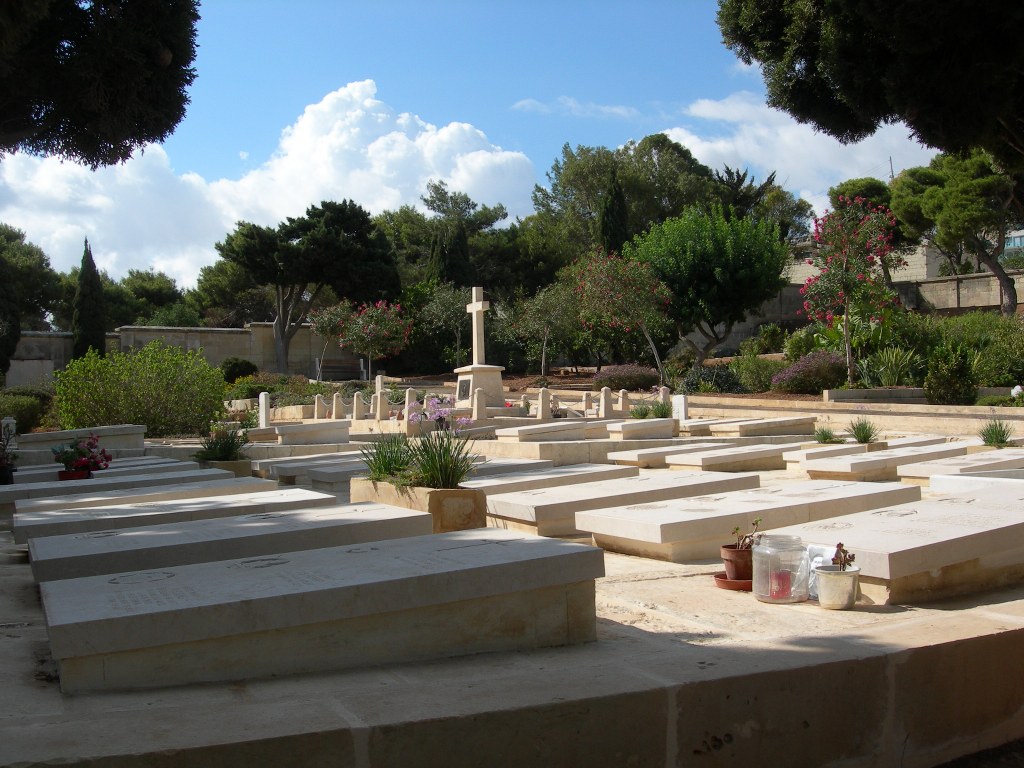 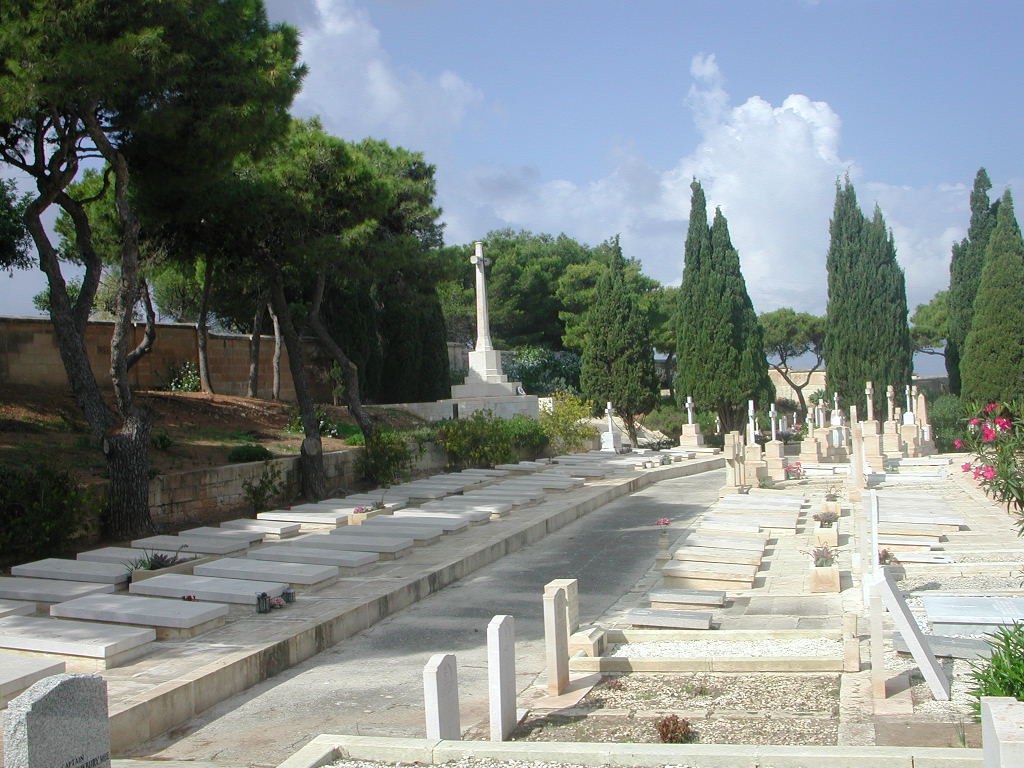 Pembroke Military Cemetery is located just off the north-east coastal road that runs from Msida through St. Andrews and to St. Paul's Bay, between St. Andrews and what was formerly St. Patrick's Barracks. It is approximately 3 kilometres away from St. Julian's Bay and about 8 kilometres away from St. Paul's Bay. The rear of the Cemetery is clearly visible from this road. Once approaching St. Andrew's (high ridge) it is clearly sign posted. Cemetery address: Triq Sir Adrian Dingli, Pembroke. GPS Co-ordinates: 35.929540, 14.470673

After working hours and public holidays the gate can be opened by entering the code 1915 in the combination lock. Please lock the gates after leaving.

PEMBROKE MILITARY CEMETERY contains nine Commonwealth burials of the First World War and 315 from the Second World War. The Commission also cares for 273 non-war graves in the cemetery.