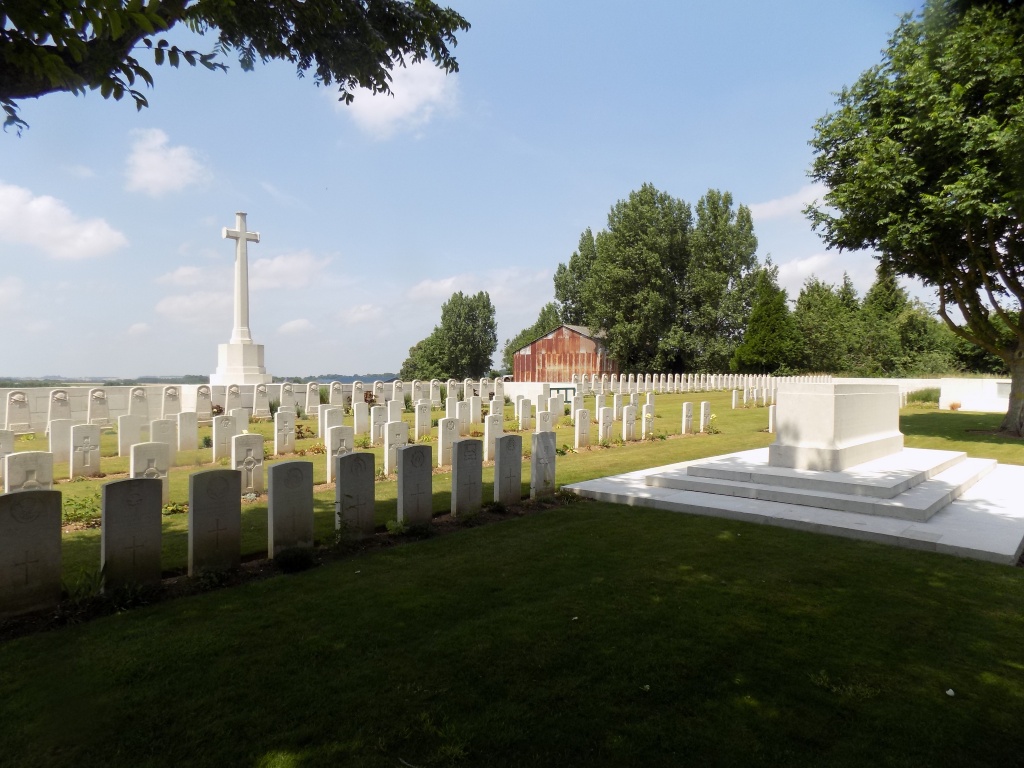 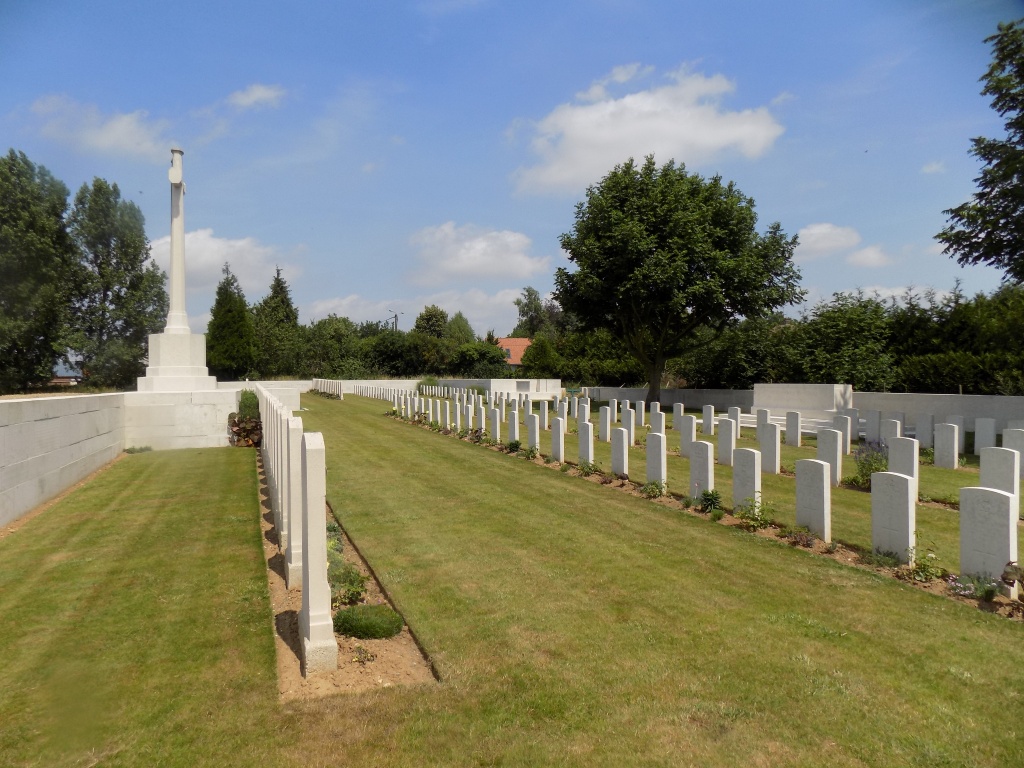 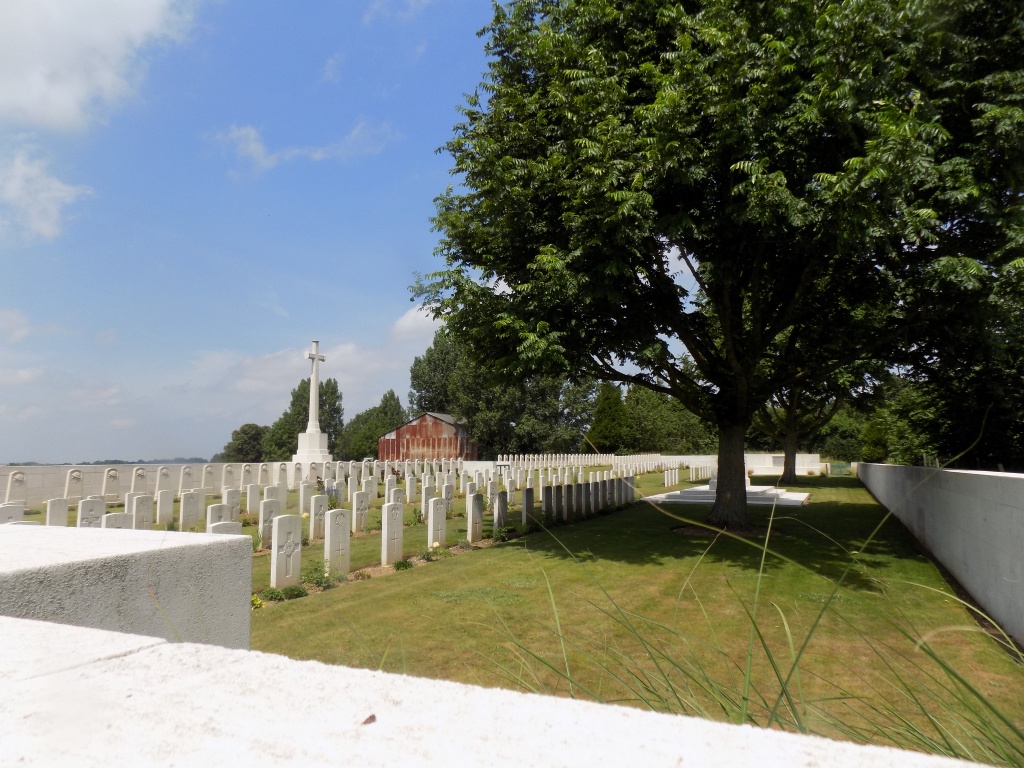 Louvencourt is a village 13 kilometres south-east of Doullens on the road (D938) to Albert. The Cemetery is on the south-eastern side of the village.

From July 1915 to August 1916, field ambulances were established at Louvencourt, which was nearly 10 kilometres behind the front line on 1 July 1916. Following the 1916 Somme offensive, these medical units moved further east and the cemetery was little used until the German advances of April 1918 pushed the Allied line back to its old position. The graves of 1918, in rows D and E, relate to the climax of that fighting. Eight of the graves in row E were brought from the Communal Cemetery Extension at Vauchelles-les-Authie, 1.6 Kms away on the road to Doullens. This extension was opened in July, 1916, for the Field Ambulances at Vauchelles, but no more than eight burials took place in it. There are now 151 Commonwealth burials of the First World War in this cemetery and 76 French war graves dating from 1915. The cemetery also contains three graves from the Second World War. The cemetery, one of the first three Commission cemeteries to be built after the First World War, was designed by Sir Reginald Blomfield.