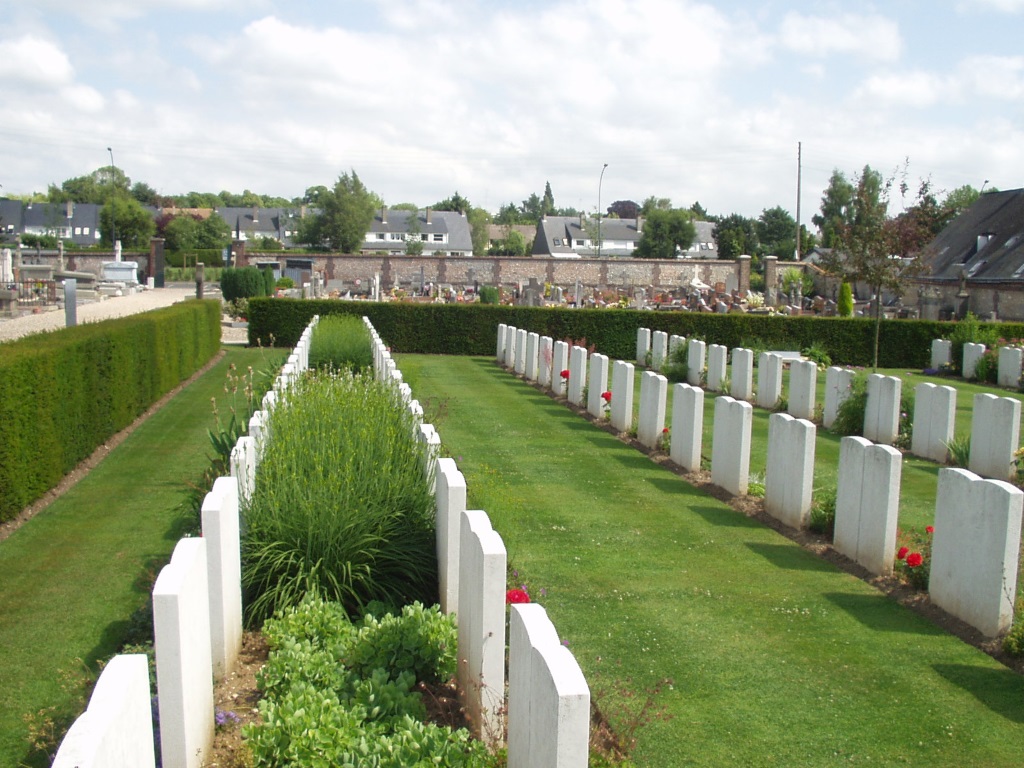 Bois-Guillaume is a north-eastern suburb of Rouen, on the main road to Neufchatel. A CWGC signpost is on the road (D928) to Neufchatel at the street corner near the Mairie (Town Hall). Turn left here, and then take the second left into the Rue de la Mare des Champs. The Cemetery is on the right hand side of the road. Locally, the Communal Cemetery is known as the Cimitere de la Mare des Champs.

The two plots in the communal cemetery, which were reserved for Commonwealth burials from September 1914 to March 1917, contain 160 double graves. These plots are on the south side of the central French monument, surrounded by civilian graves and raised above the level of the cemetery.

The burials took place, for the most part, from No.8 General Hospital, which was quartered at Bois-Guillaume in a large private house and grounds. Plot II also contains the graves of servicemen killed in a railway accident on the 14th February 1917. From March 1917, burials were made in the adjoining cemetery extension.