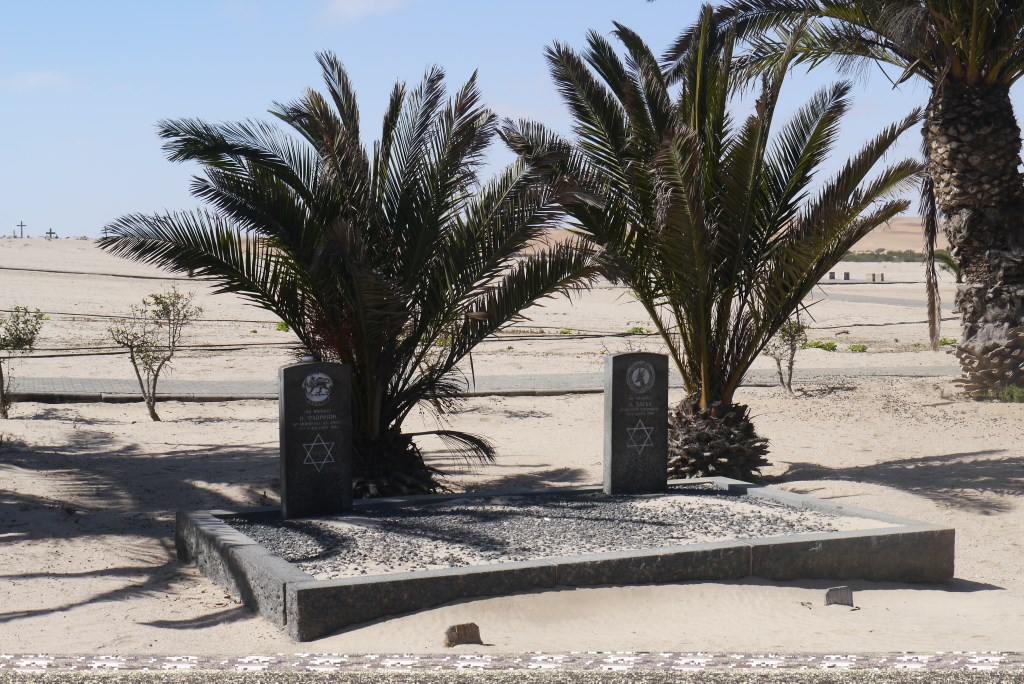 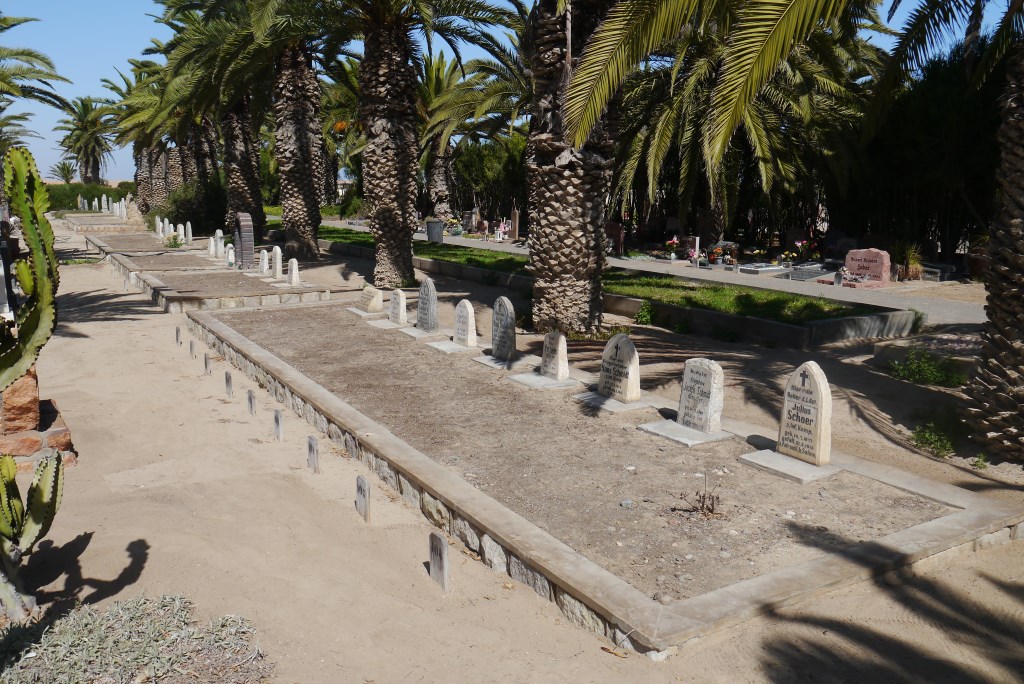 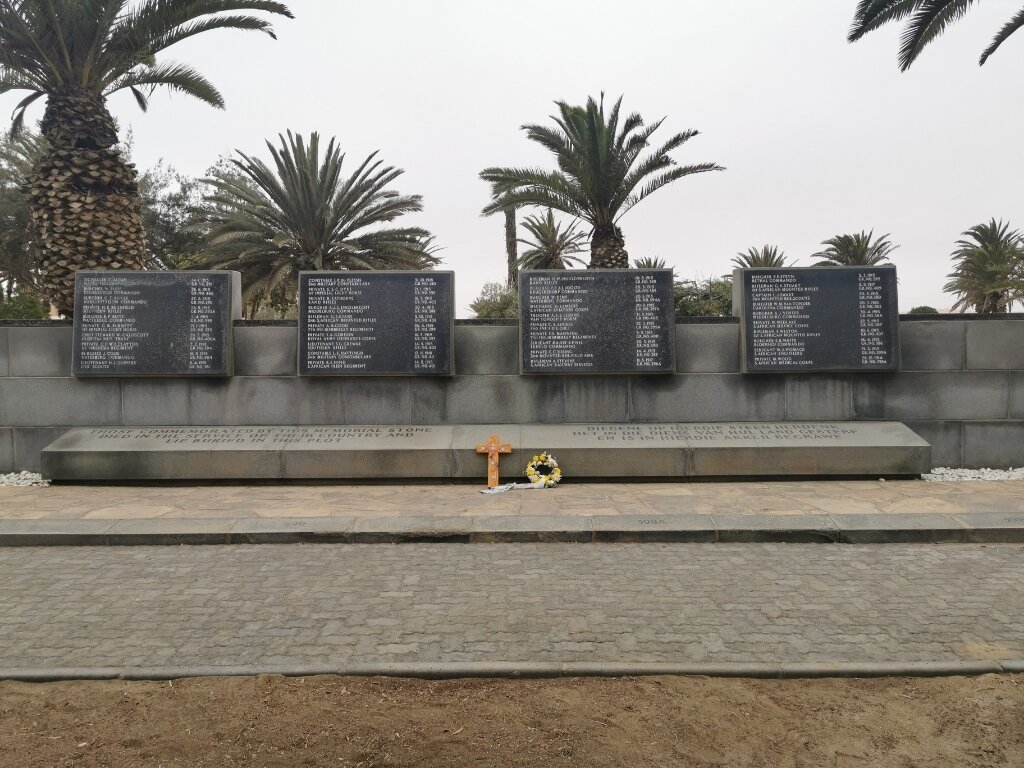 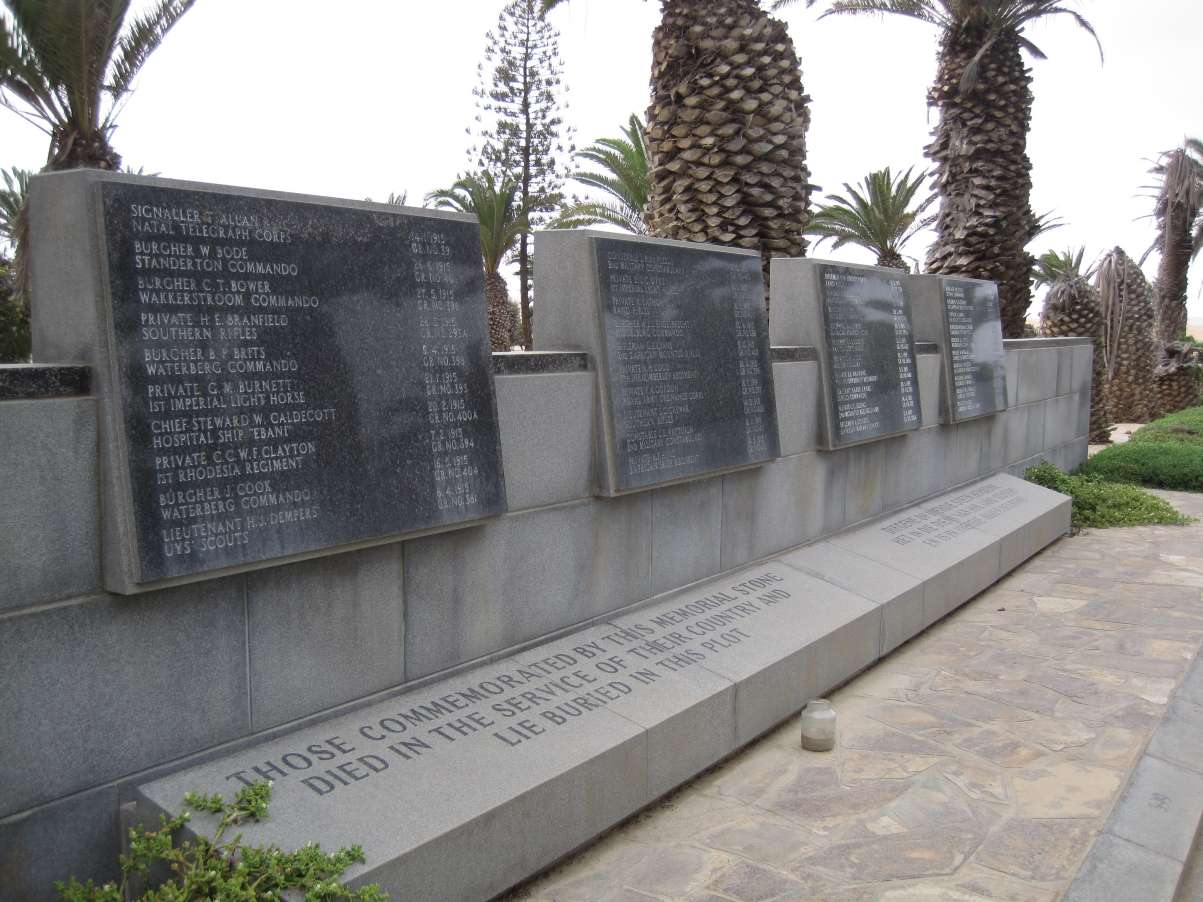 The cemetery, which is owned by the municipality, is situated on the corner of Rhode Allee and Suduring Streets. The Commonwealth and German graves are situated in adjacent rows and the two Jewish graves on the edge of the cemetery on the desert side.

The majority of the South African and all the German casualties resulted from the South African advance from Walvis Bay to Swakopmund and then inland in the direction of Karibib. The Commonwealth graves (excluding the Jewish ones) originally had headstones but these were replaced by a granite feature with each grave number indicated and the details on a central panel. Eight of the Commonwealth graves were brought in from the sand swept Walvis Bay District Cemetery and one from an outlying position.