There is the potential for attacks in the vicinity of the cemetery. All visitors are strongly advised to take care and not carry valuables or leave them on display in vehicles. Please also be aware that there are Kerbs surrounding the site, which could cause a trip hazard. 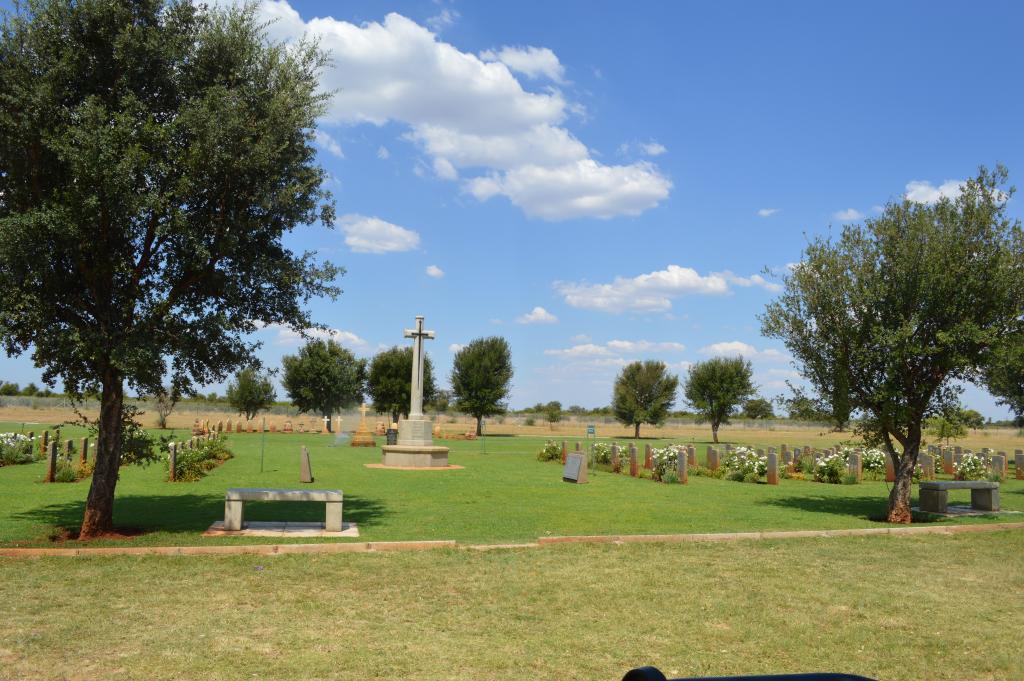 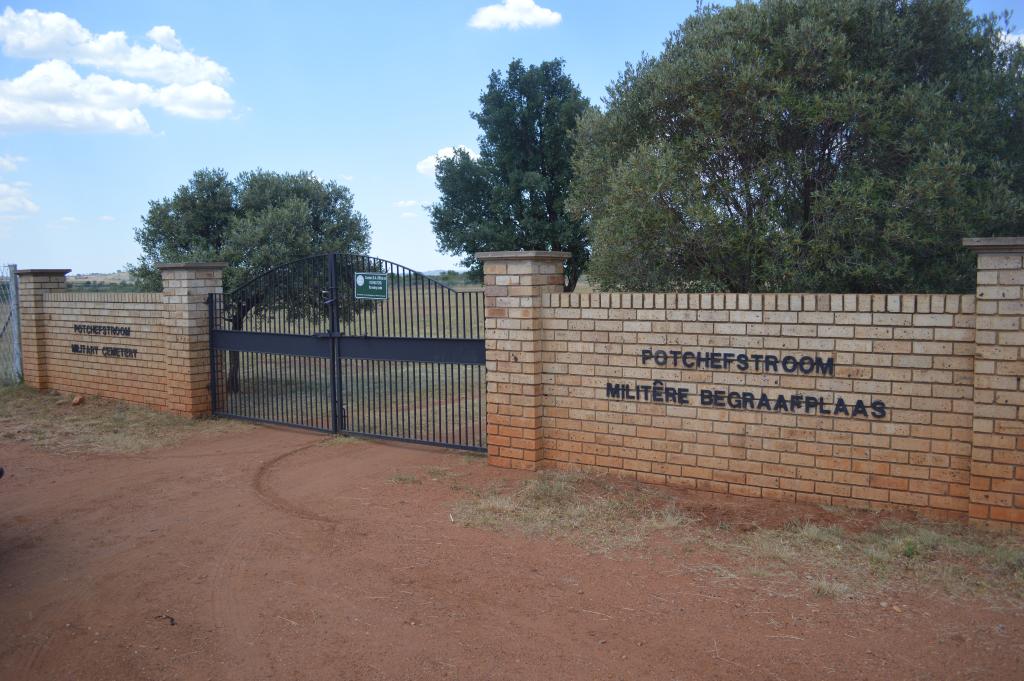 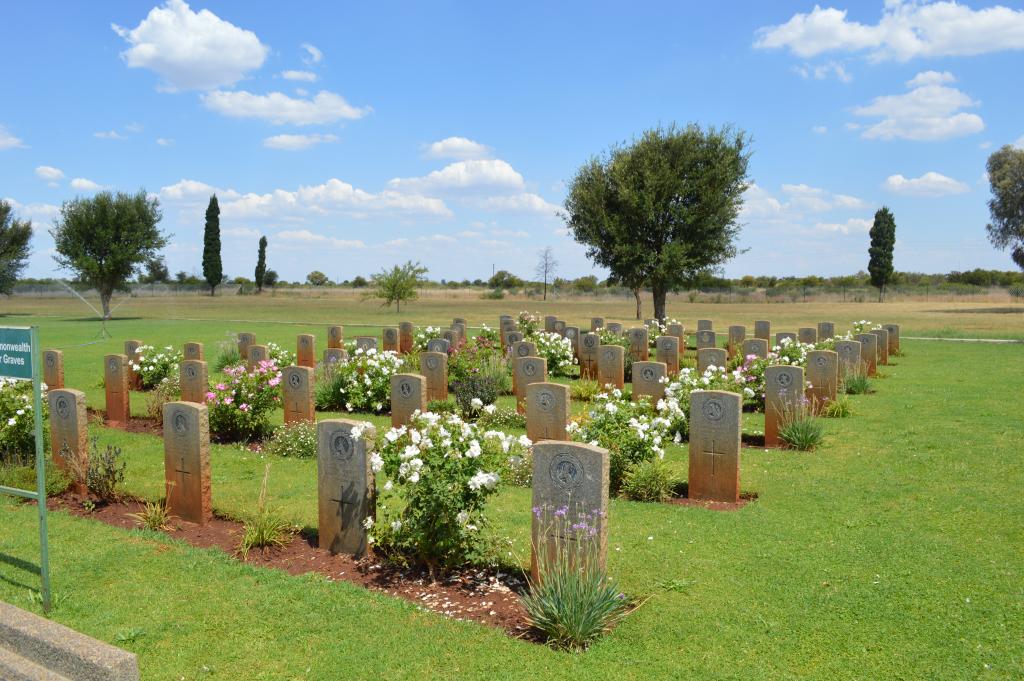 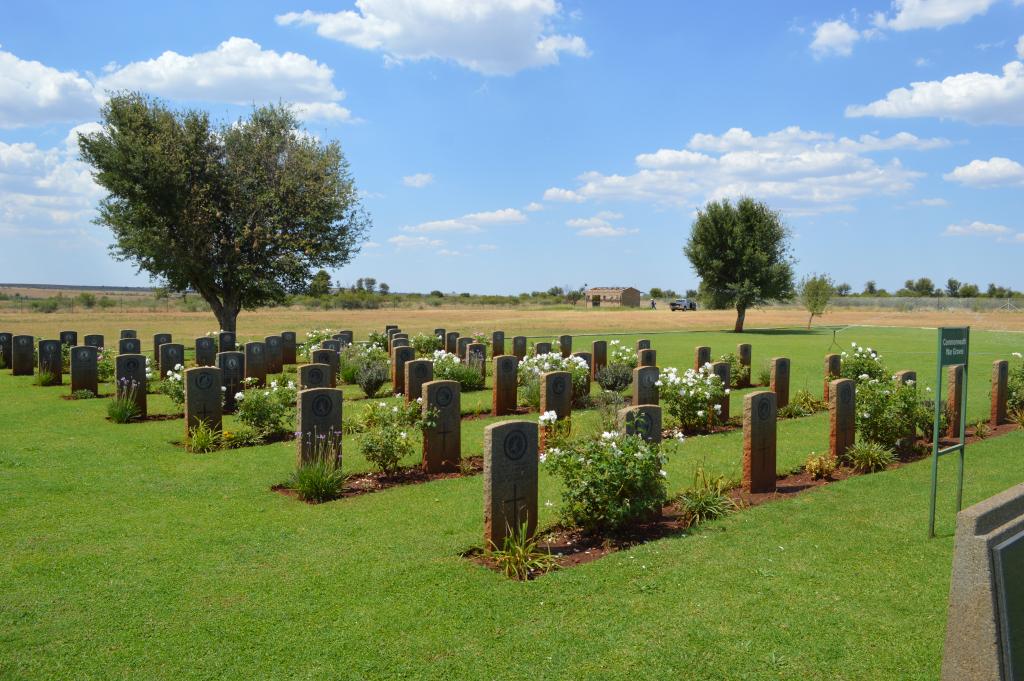 After the Anglo-Boer War, Potchefstroom became the seat of a military command with a considerable military cantonment. The cemetery was established for the burial of its garrison troops and their families and was used for service burials during the First World War.

During the Second World War, training took place at the military camp for all units of the South African Artillery and a camp hospital was in operation throughout the war. No. 6 Air School under the Empire Air Training Scheme operated from the local aerodrome.

The military cemetery contains 93 Commonwealth burials of the First World War and 30 from the Second World War. Because of difficulties of maintenance, it was decided in 1983 to turn the burial areas into grassed, park-like gardens. Headstones for war graves, together with headstones from Potchefstroom non-European cemetery, which had been abandoned and where maintenance had become impossible, were arranged in plots on the two sides of the Cross of Sacrifice with explanatory tablets in both official languages. In addition, a garden of remembrance was provided for the pre-1914 garrison dead immediately to the east of the Cross of Sacrifice.