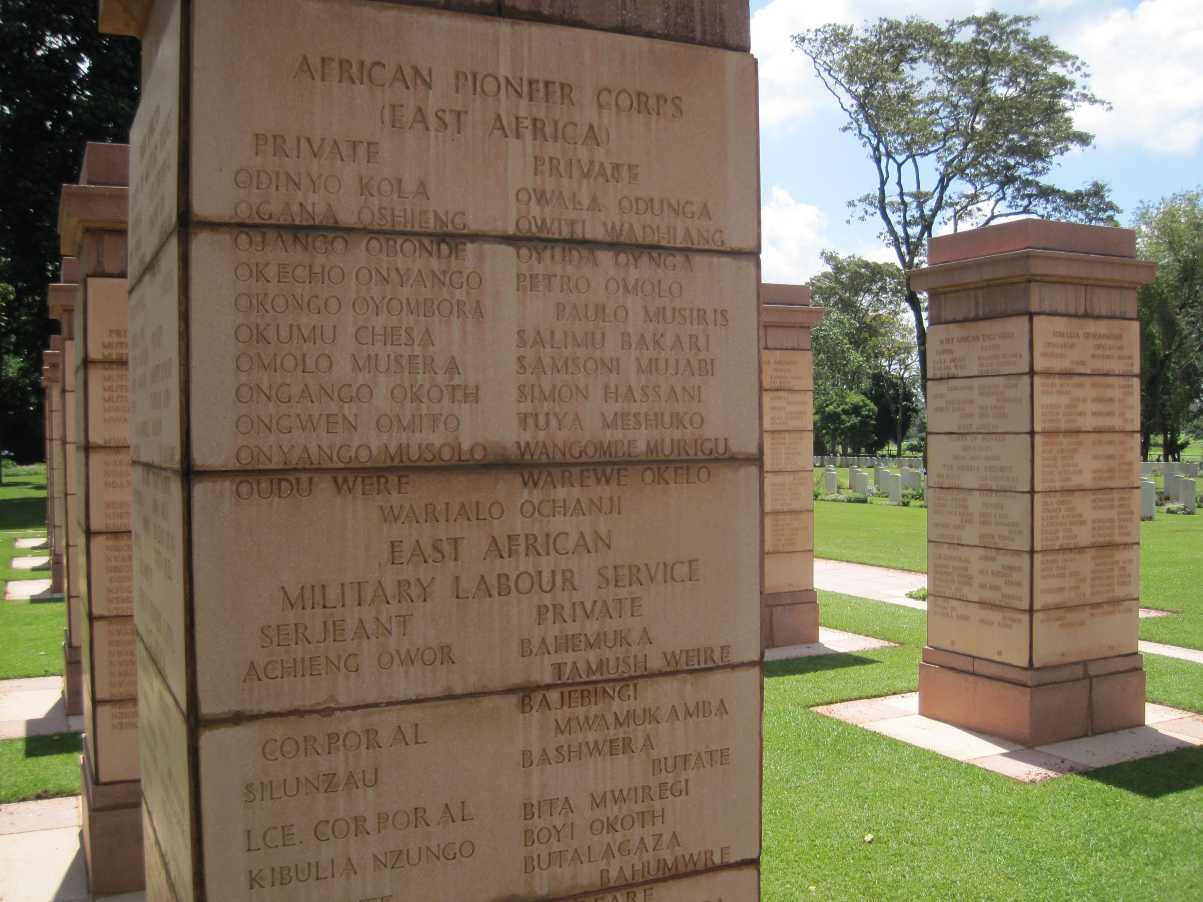 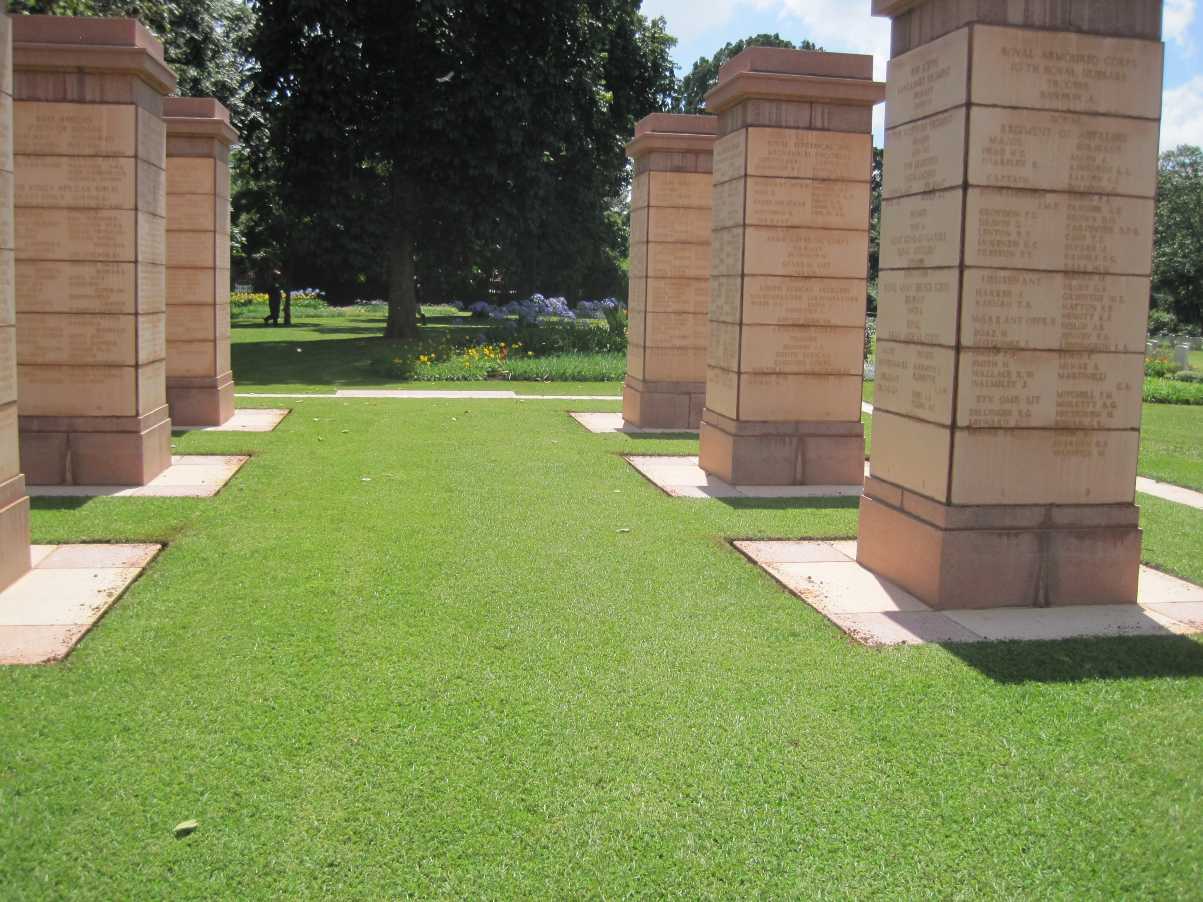 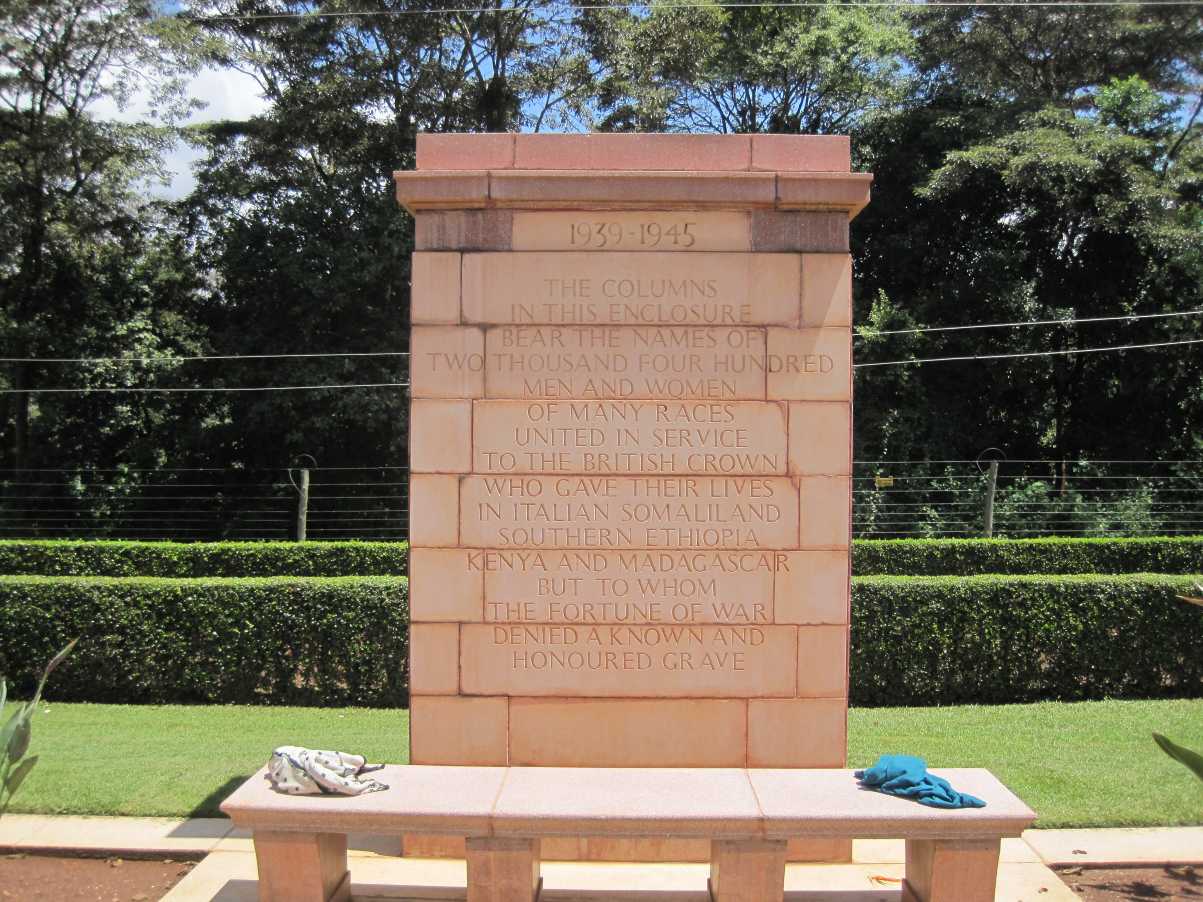 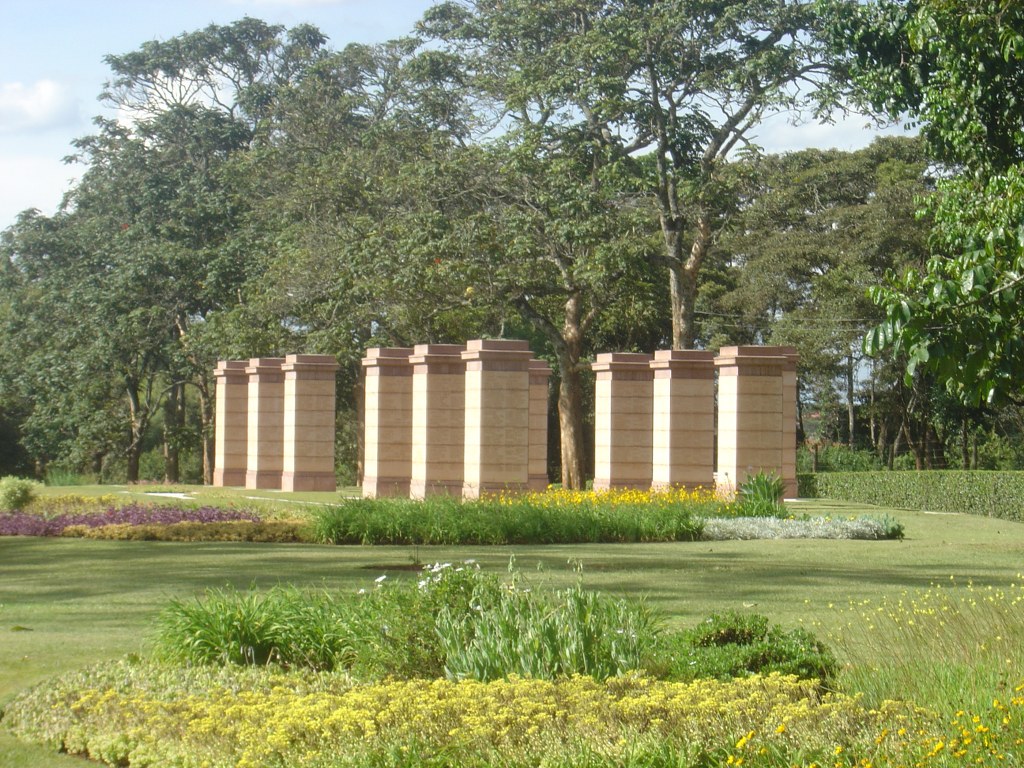 The East Africa Memorial is within the Nairobi War Cemetery, which is on the south-western outskirts of Nairobi, about 10 kilometres from the city centre on Ngong Road, the main road to the Government Forest Reserve. The cemetery is adjacent to Nairobi race course and is included within the Ngong Forest Reserve. It is reached by way of a long driveway off Ngong Road and is indicated by a CWGC direction sign.

The Memorial commemorates men of the land forces who lost their lives in the advance from the south into Italian Somaliland and Ethiopia and during the occupation of those territories, and who have no known grave. Along with them are honoured those who died during the operations in Madagascar in 1942 and who have no known grave. Besides those who died in these campaigns, many men and women who were lost in the sinking of the troopship 'Khedive Ismail' en route to Ceylon on 12 February 1944 are commemorated here; they include a great part of the 301st Field Regiment, East African Artillery.

In the Cemetery, a lawn about 23 metres long and 9 metres wide is surrounded by a hedge. Within this enclosure is a pier which bears the inscription:

1939 - 1945 THE COLUMNS IN THIS ENCLOSURE BEAR THE NAMES OF TWO THOUSAND FOUR HUNDRED MEN AND WOMEN OF MANY RACES UNITED IN SERVICE TO THE BRITISH CROWN WHO GAVE THEIR LIVES IN ITALIAN SOMALILAND, SOUTHERN ETHIOPIA, KENYA AND MADAGASCAR, BUT TO WHOM THE FORTUNE OF WAR DENIED A KNOWN AND HONOURED GRAVE

Flanking this pier on either side stand two rows of columns, twelve in number, on which are carved the names. The columns are of a light pinkish artificial stone, the bases and capitals being darker in colour. Beside the pier with the main inscription there is a seat; this, and the entrance, are flanked by flower beds.

(Since the erection of the memorial and engraving of the dedicatory panels the burial places of 188 casualties have since been discovered and they are now correctly commemorated by headstone at the graves).