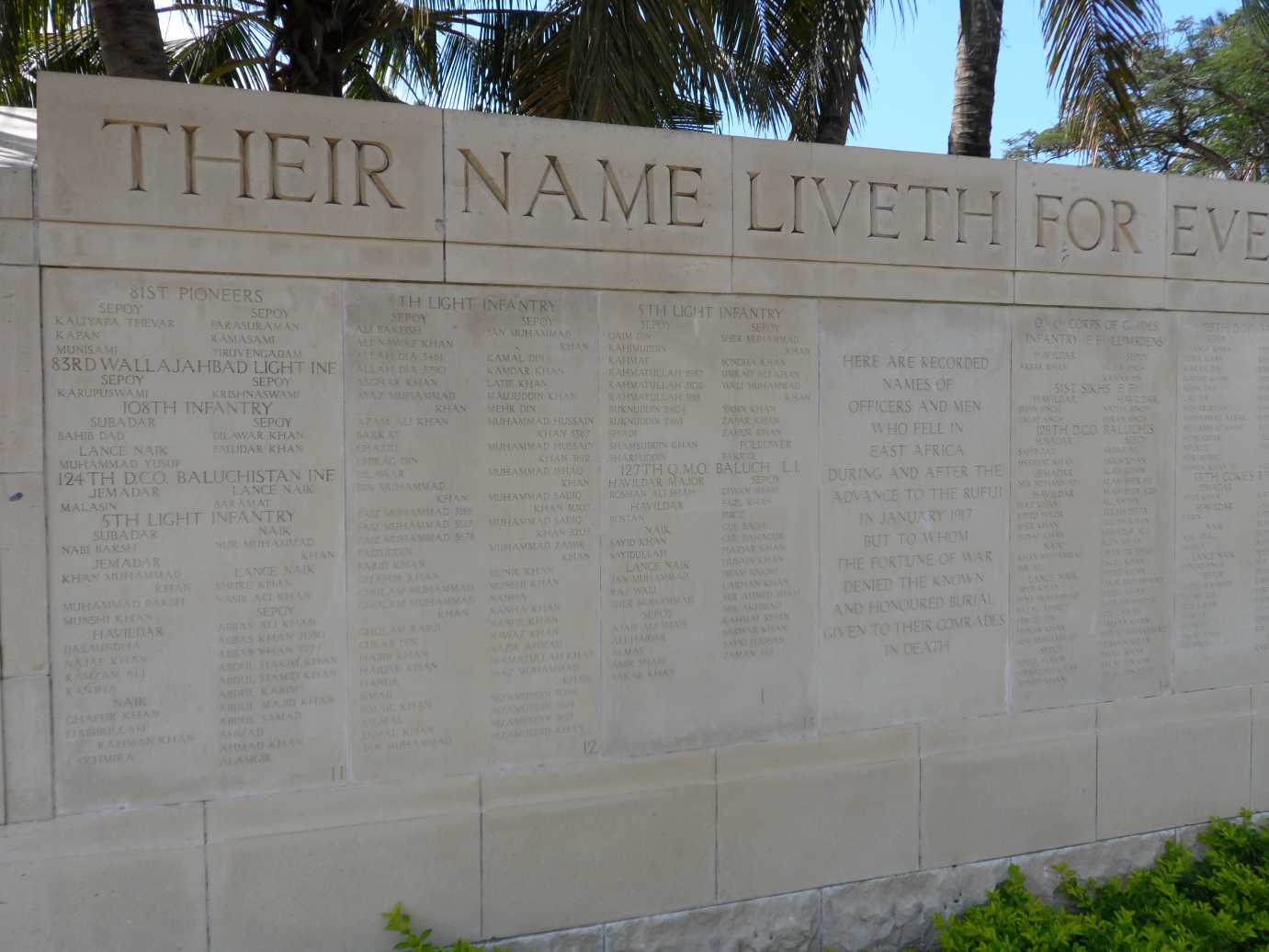 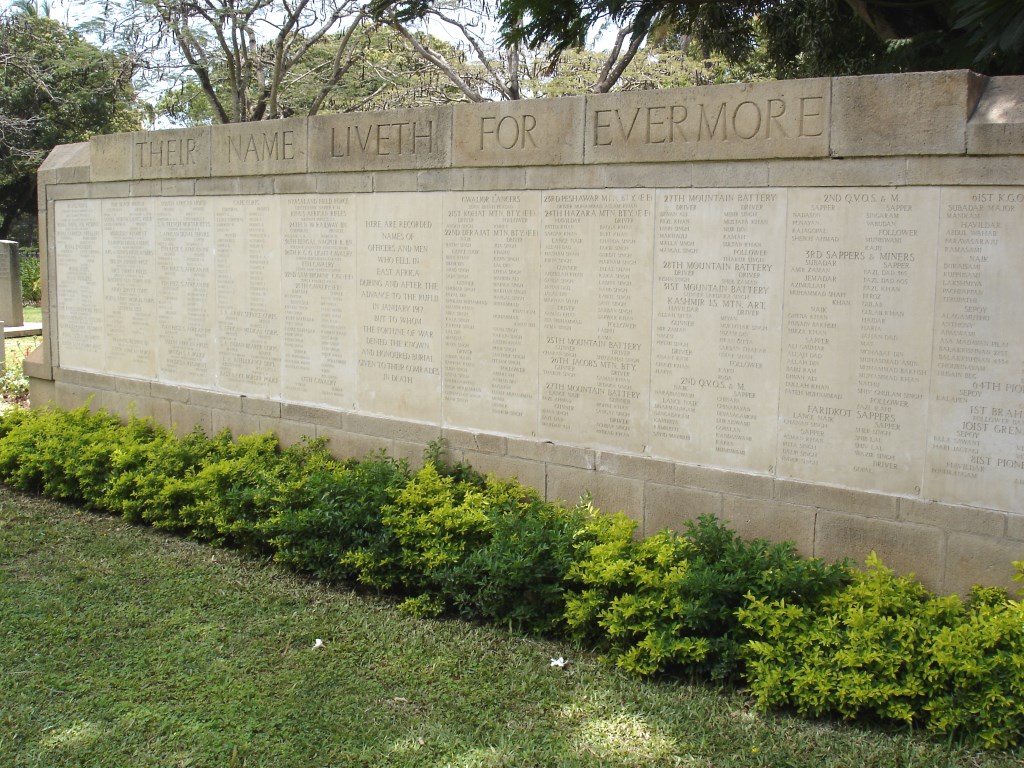 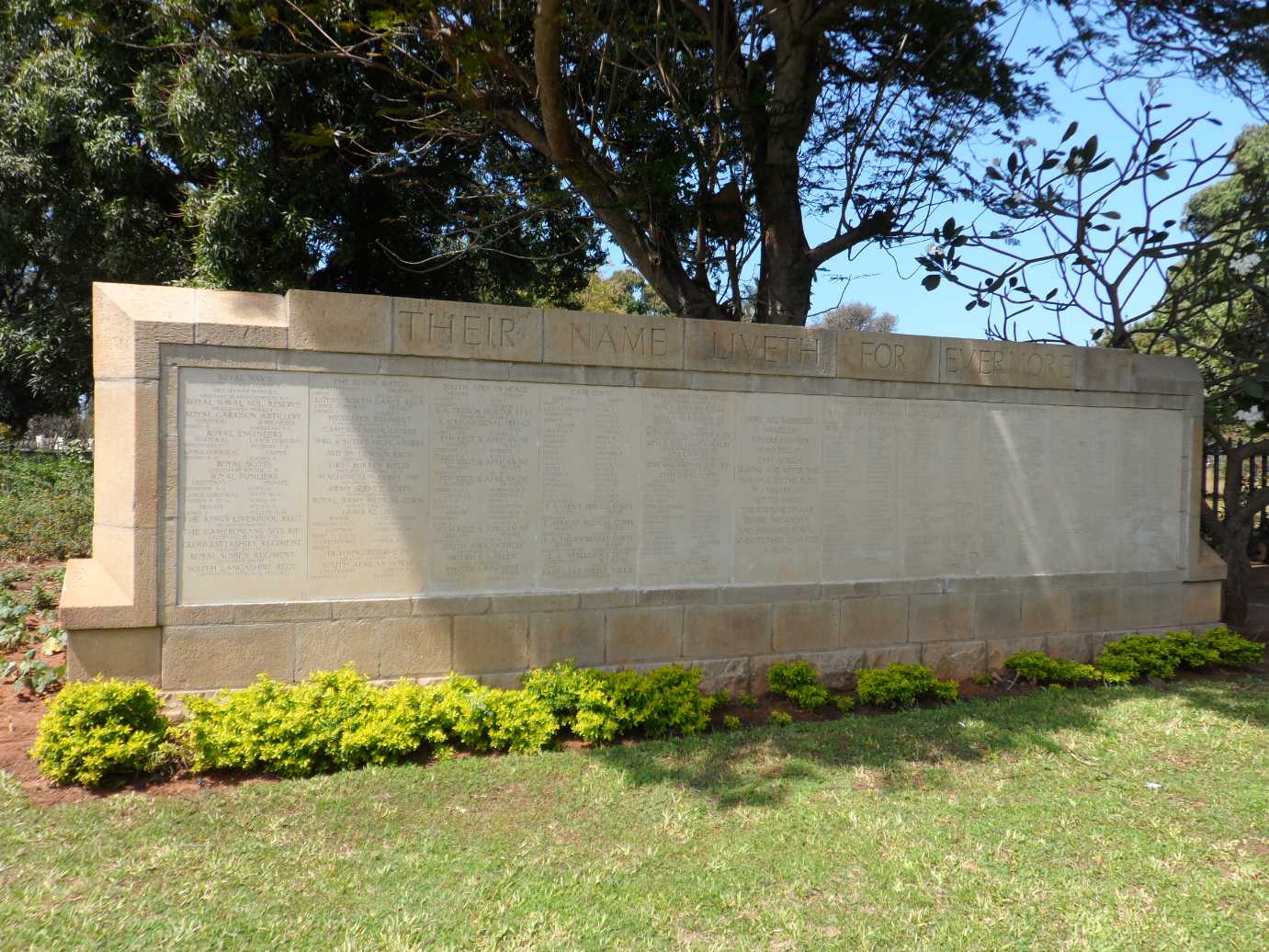 This Memorial is situated in Memorial Garden 'A' in Dar Es Salaam War Cemetery. Dar Es Salaam War Cemetery is located on the right (eastern/coastal) side of Bagamoyo Road, which heads north-west along the coast from the centre of Dar-Es-Salaam and is clearly marked. The cemetery is about 5 kilometres from the city centre, and a roadside direction sign indicates the turn off for Bagamoyo Road into the lane leading to the cemetery.

Dar es Salaam British and Indian Memorial is open every day from 06:00 to 18:00. Wheelchair access to this cemetery is possible via the main entrance.

Dar es Salaam, now the capital of Tanzania, was at the outbreak of the First World War the capital of German East Africa. It stands at the side of an almost land-locked harbour. The Germans made it the terminus of the Central Railway, which was built by them and which extended to the shores of Lake Tanganyika. It was bombarded by a British squadron on the 14th August 1914. It surrendered to British naval and military forces on the 3rd September 1916 and No.3 East African Stationary Hospital was placed in the town, which then became the chief sea base for supplies and for the evacuation of sick and wounded. From the invasion of April 1915, Commonwealth forces fought a protracted and difficult campaign against a relatively small but highly skilled German force under the command of General von Lettow-Vorbeck. When the Germans finally surrendered on 23 November 1918, twelve days after the European armistice, their numbers had been reduced to 155 European and 1,168 African troops.

DAR ES SALAAM WAR CEMETERY was created in 1968 when the 660 First World War graves at Dar Es Salaam (Ocean Road) Cemetery had to be moved to facilitate the construction of a new road. As the burials in the former African Christian, Non-Christian and Mohammedan plots had not been marked individually, they were reburied in collective graves, each marked by a screen wall memorial. (Memorial Gardens "B", "C" and "D"). During the early 1970s, a further 1,000 graves were brought into this site from cemeteries all over Tanzania, where maintenance could no longer be assured.