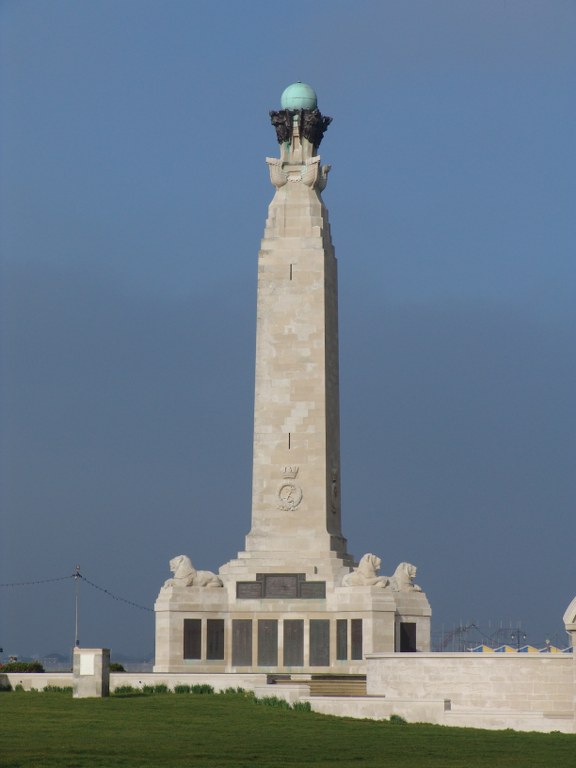 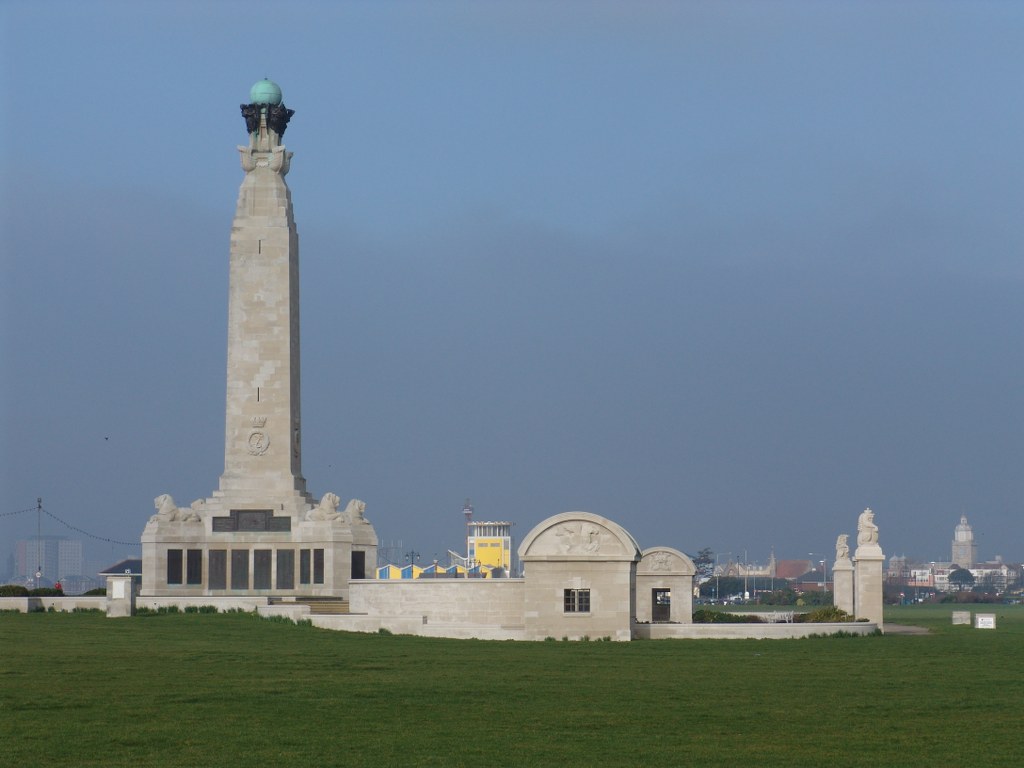 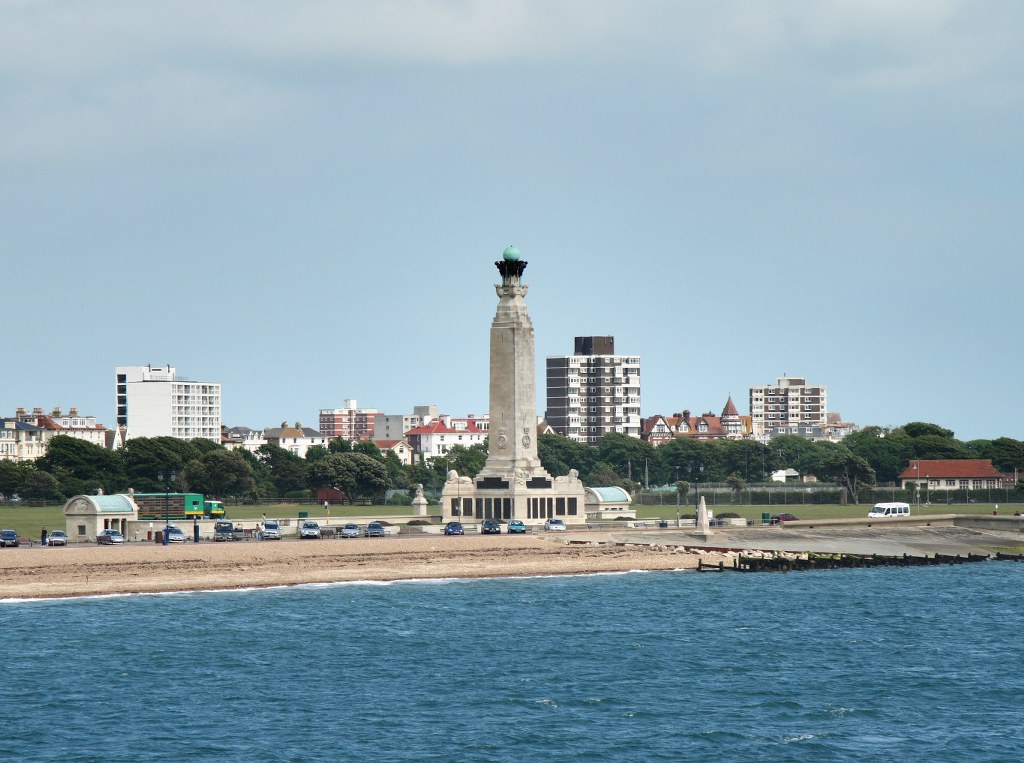 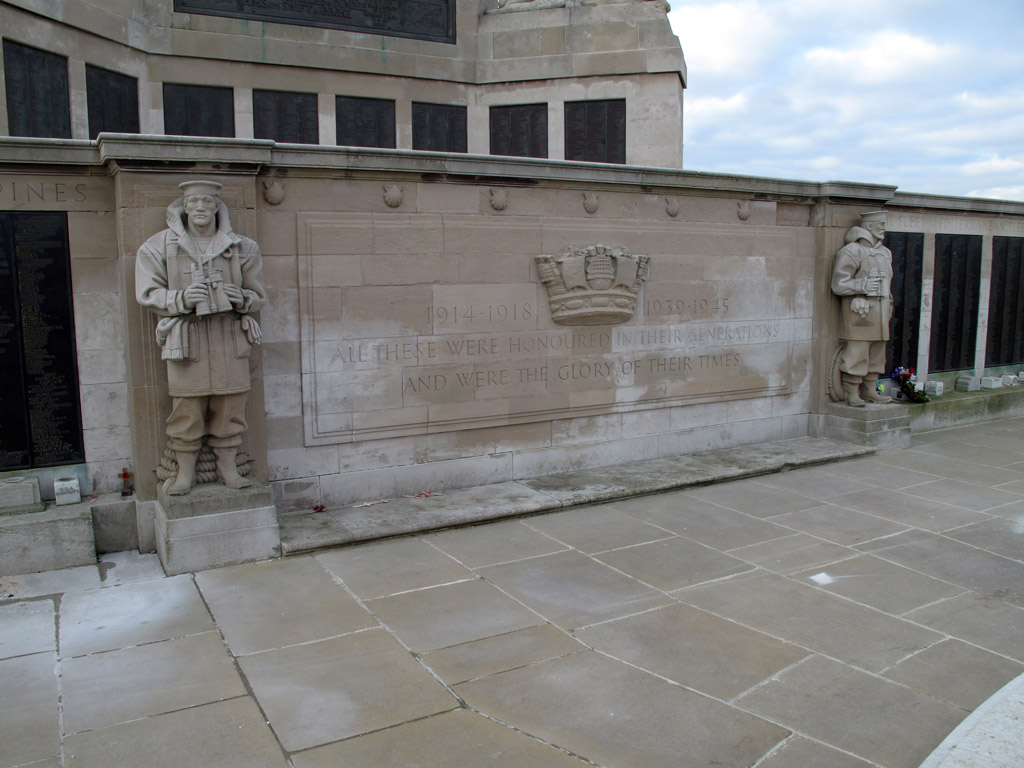 The Memorial is situated on Southsea Common overlooking the promenade, and is accessible at all times. A copy of the Memorial Register is kept at the Civic Offices in Guildhall Square and may be consulted there. http://www.memorialsinportsmouth.co.uk/southsea/naval.htm

Visitor Information Panels have recently been installed at the Portsmouth Naval Memorial to provide information about the war casualties commemorated here. Panels are being erected to help raise awareness of First and Second World War casualties in the UK (Feb 2013)

** Disabled access to the Second World War section of the Memorial is possible via the Common and the ramps at the rear of the Memorial. The First World Was section of the memorial is however only possible via steps making access for people with limited mobility difficult. For further information regarding disabled access, please contact our Enquiries Section on 01628 507200.

An Admiralty committee recommended that the three manning ports in Great Britain - Chatham, Plymouth and Portsmouth - should each have an identical memorial of unmistakable naval form, an obelisk, which would serve as a leading mark for shipping. The memorials were designed by Sir Robert Lorimer, who had already carried out a considerable amount of work for the Commission, with sculpture by Henry Poole. The Portsmouth Naval Memorial was unveiled by the Duke of York (the future George VI) on 15 October 1924.

After the Second World War it was decided that the naval memorials should be extended to provide space for commemorating the naval dead without graves of that war, but since the three sites were dissimilar, a different architectural treatment was required for each. The architect for the Second World War extension at Portsmouth was Sir Edward Maufe (who also designed the Air Forces memorial at Runnymede) and the additional sculpture was by Charles Wheeler, William McMillan, and Esmond Burton. The Extension was unveiled by the Queen Elizabeth, the Queen Mother on 29 April 1953.

Portsmouth Naval Memorial commemorates around 10,000 sailors of the First World War and almost 15,000 of the Second World War.