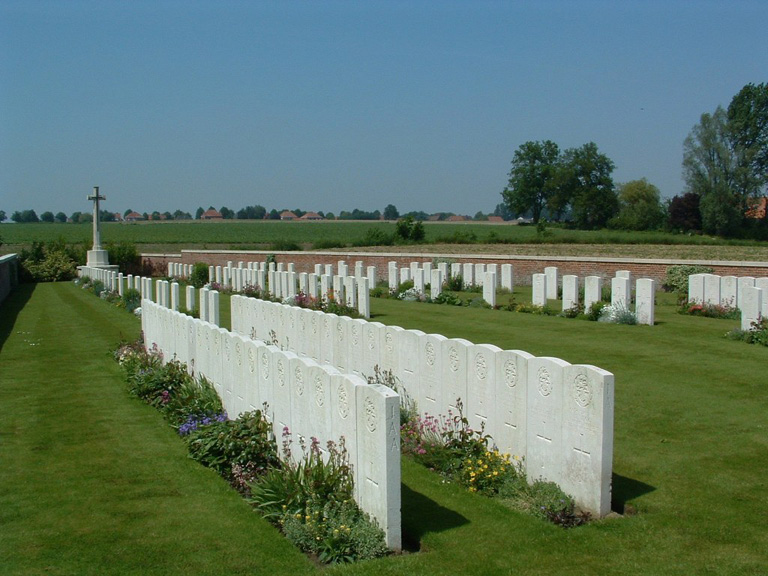 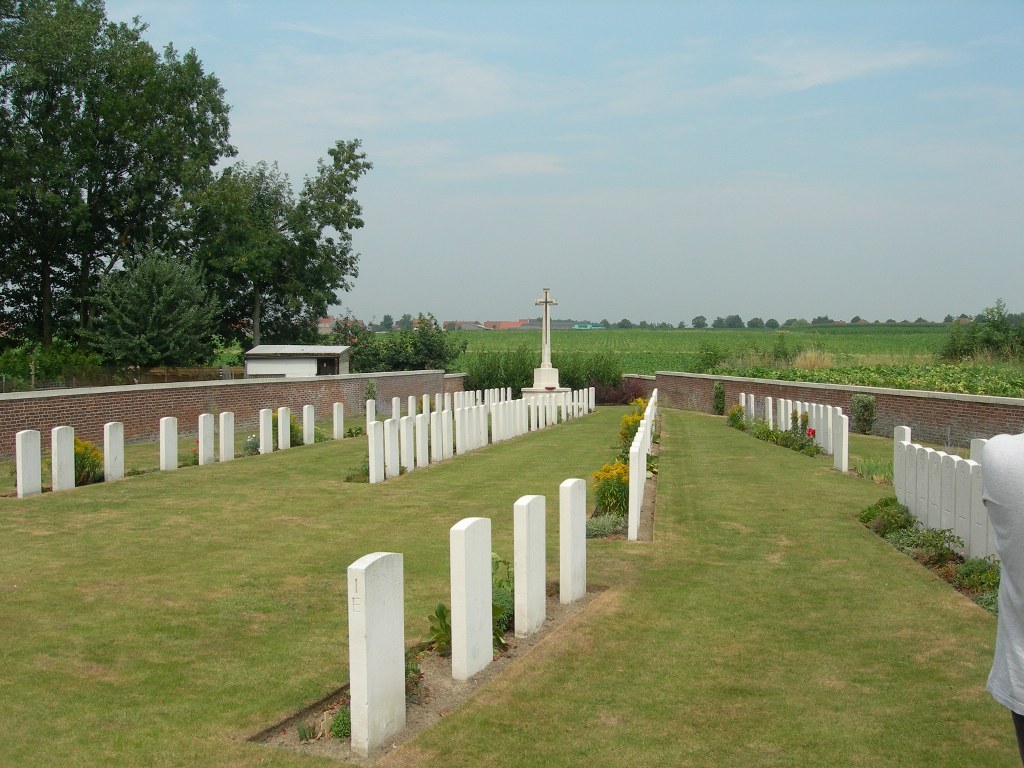 The cemetery is located to the North-East of the town of Ieper. From the station turn left and drive along M.Fochlaan to the roundabout, turn right and go to the next roundabout. Here turn left into M.Haiglaan and drive to the next roundabout. Here turn right into Oude Veurnestraat, this then changes into Diksmuidseweg and Brugseweg. Drive along this road and continue straight over the traffic lights to the end of the road. At the T junction turn left (still Brugseweg) and continue along this road (the N313) to the village of Sint Jan. At the crossroads in the village turn right onto the N345 (Potijzestraat), follow along to the next crossroads and turn left into Zonnebeekseweg. The cemetery is located on the left hand side approx 50 metres after the crossroads.

Please Note, at times of heavy rainfall this cemetery can be flooded and may be difficult to access.

Chateau Wood Cemetery was used from April 1915 to June 1917, and three times in 1918. It contains 157 Commonwealth war graves. In Row A are buried 46 officers and men of the 2nd Hampshire Regiment, and in Rows E and F, 19 of the 1st Royal Inniskilling Fusiliers, who fell in a gas attack in August 1916.