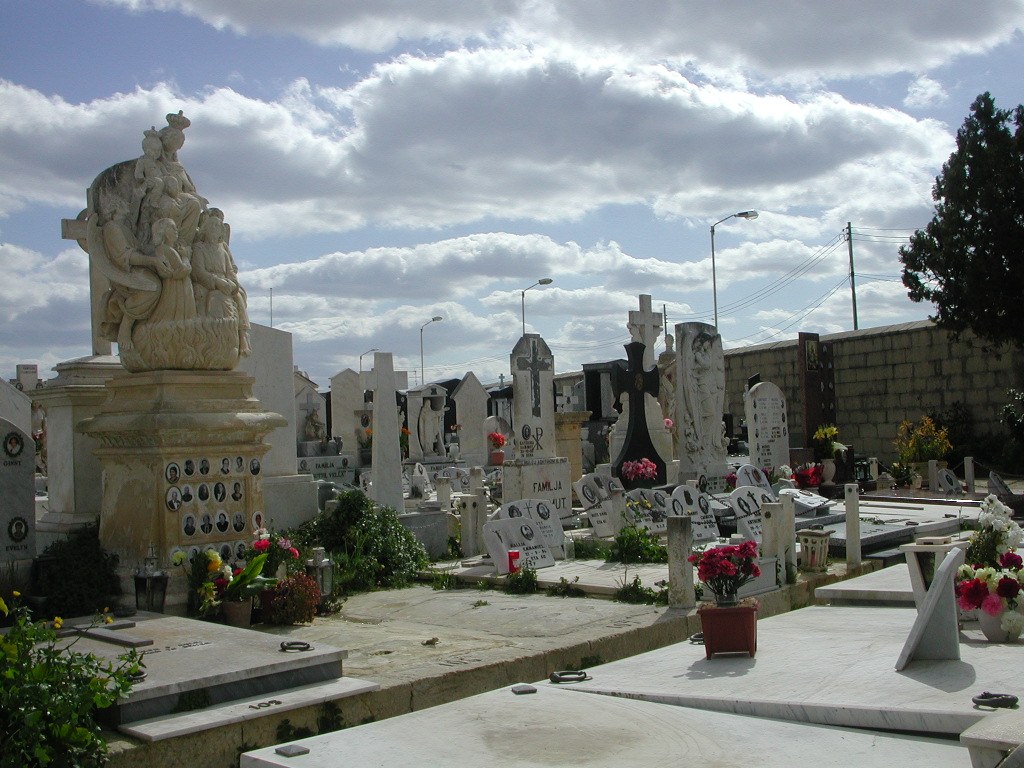 This Roman Catholic cemetery belongs to Zurrieq Parish Church, and is about 2 kilometres from the church. The entrance to the cemetery is in Triq San Leone Zurrieq. GPS Co-ordinates: Latitude 35.824186, Longitude 14.479224.

The cemetery is open daily from 8.00am to 4.30pm including weekends and public holidays.