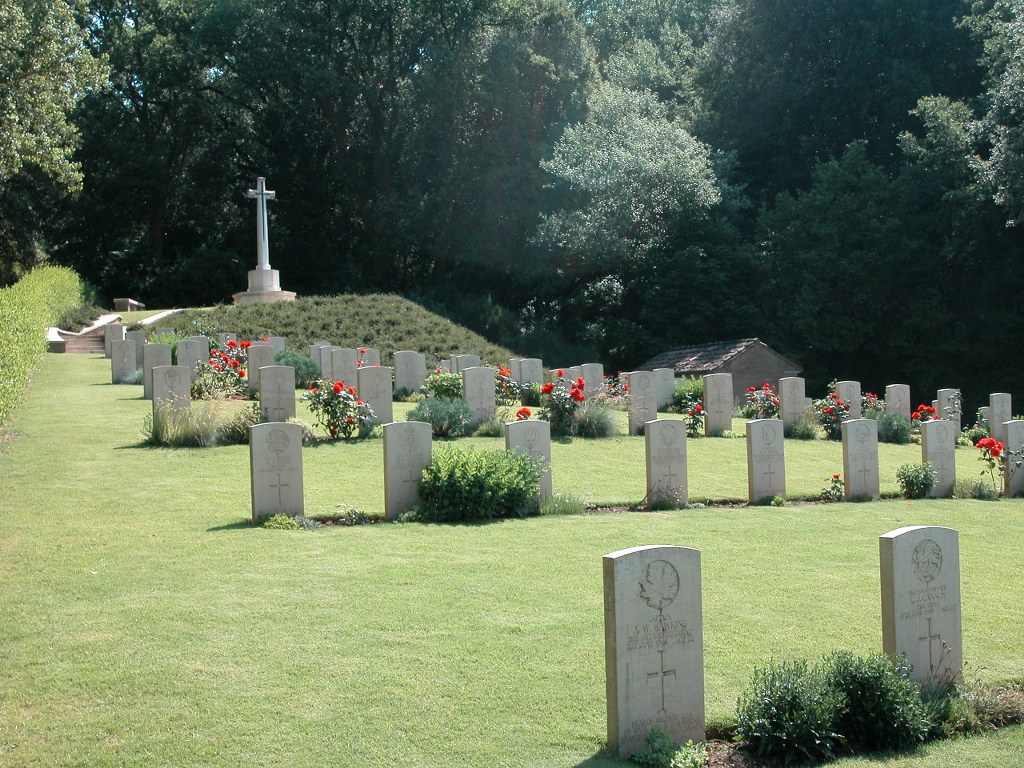 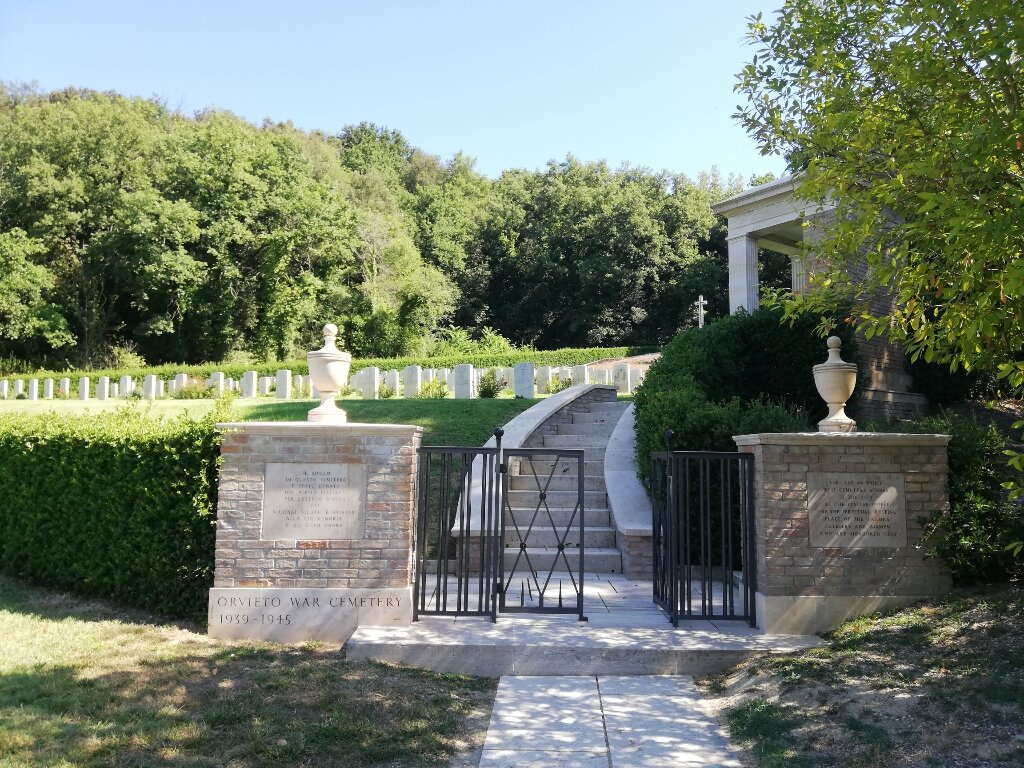 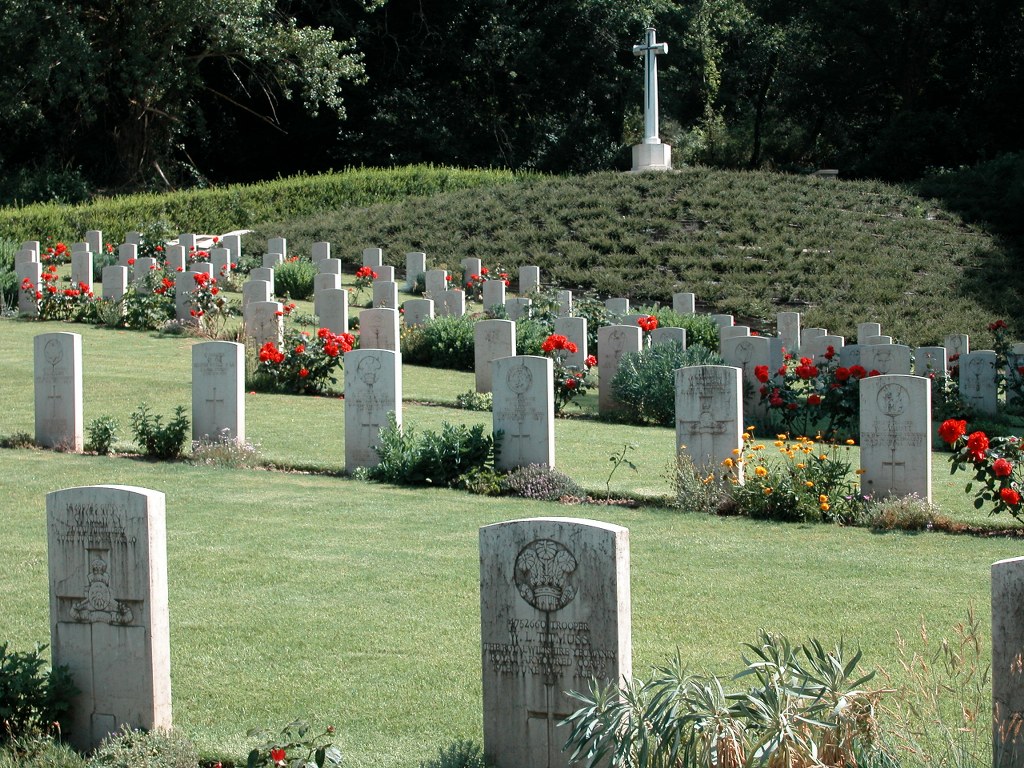 Orvieto War Cemetery lies in the Commune of Orvieto in the Province of Terni. Take the autostrada A1, Rome-Milan and come off at Orvieto. Head towards the centre of the town and a CWGC sign will be found pointing to the right. To reach the cemetery from Orvieto the Perugia road is taken. At the fork just beyond the River Paglia bear right along the road to Todi. Forty metres down this road a country lane will be seen on the right. Turn down this lane and in just a little more than one kilometre the cemetery will be seen in a depression in the hills on the left. A farm track leads to it. Cemetery address: Cippo dei Sette Martiri, 113 - 5019 Ciconia Orvieto (TR) Umbria. GPS Co-ordinates: Latitude: 42.726389, Longitude: 12.150000.

This cemetery is steeply terraced with numerous steps which makes the site impossible for wheelchair access. For further information and enquiries please contact enquiries@cwgc.org

Progress through southern Italy was rapid despite stiff resistance, but the advance was checked for some months at the German winter defensive position known as the Gustav Line. The line eventually fell in May 1944 and as the Germans fell back, Rome was taken by the Allies on 3 June.

This cemetery was established as a battlefield cemetery by the 78th Division in the middle of June 1944, during the first heavy fighting north of Rome. The burials, with only one exception, date from the period 14 June-4 July 1944.

Orvieto War Cemetery contains 190 Commonwealth burials of the Second World War, 2 of which are unidentified. It was designed by Louis de Soissons