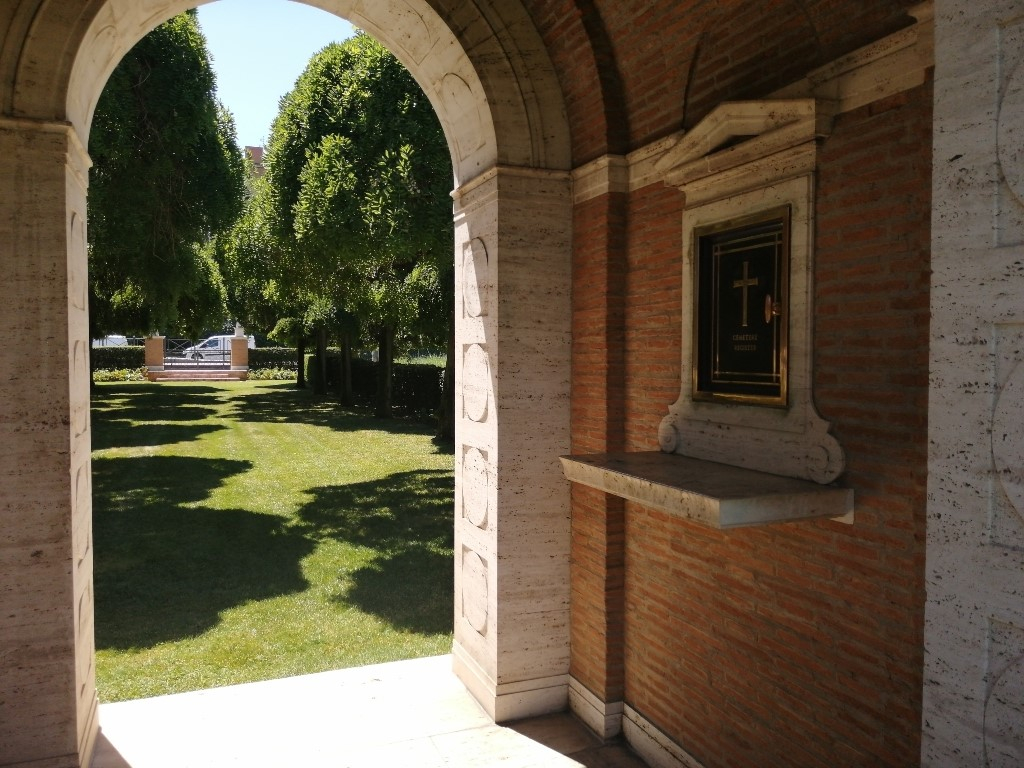 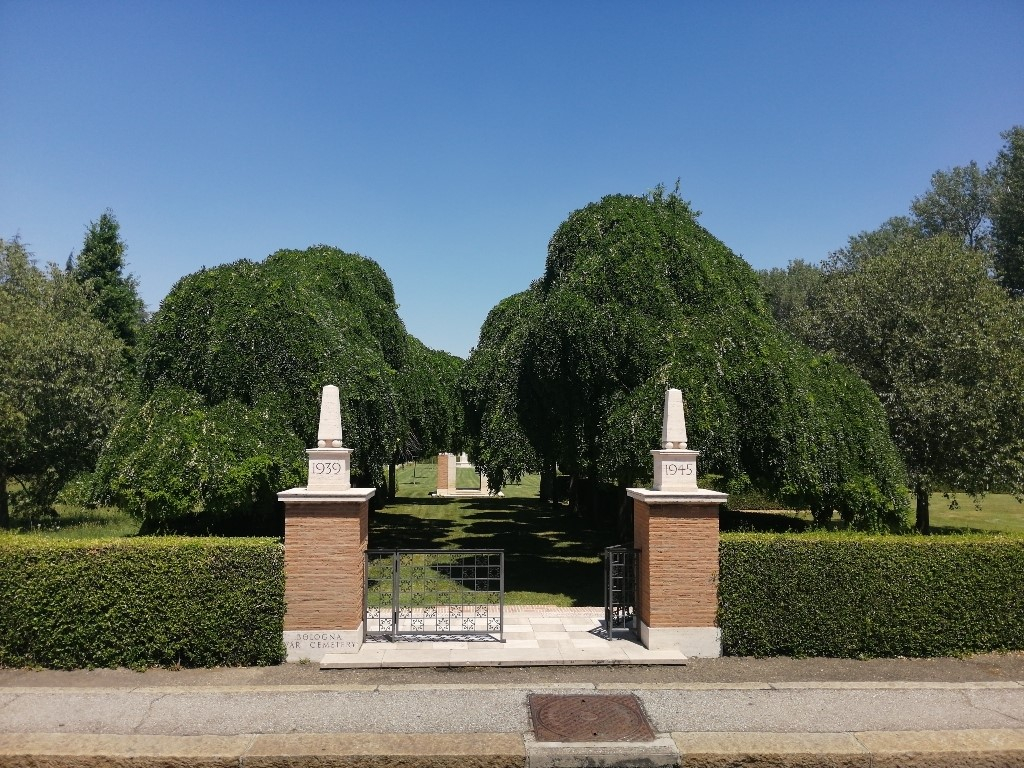 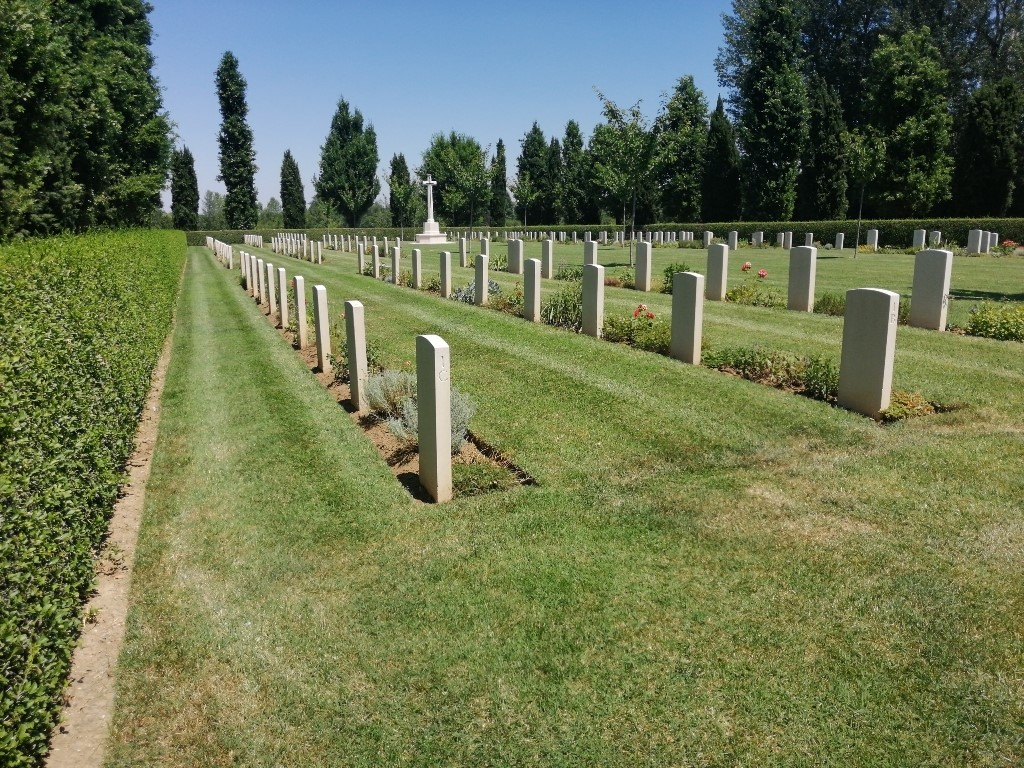 The War Cemetery lies in the suburb of San Lazzaro (Parco dei Cedri) in the Commune and Province of Bologna. It stands on the north side of the SS9, between Bologna and Forli, at Via Dozza, about 5 kilometres south-east of the town and about 200 metres before the road crosses over the River Savena. Take the A14 and exit in Bologna San Lazzaro. Proceed on the tangenziale and take the exit no.12. From the roundabout of exit no.12 take viale Vighi and at the next roundabout take the third exit. The cemetery will be on your left side immediatly before the Polish War Cemetery. If travelling by train, the nearest station is Bologna Centrale, with a taxi and bus service available (S. Lazzaro di Savena direction). Cemetery address: Via Dozza Giuseppe 32 - 40139 Bologna (BO) Emilia Romagna. GPS Co-ordinates: Latitude: 44.474610, Longitude: 11.399785.

Wheelchair access to the cemetery is possible, via an alternative entrance. For further information and enquiries please contact enquiries@cwgc.org

On 3 September 1943 the Allies invaded the Italian mainland, the invasion coinciding with an armistice made with the Italians who then re-entered the war on the Allied side. Following the fall of Rome to the Allies in June 1944, the German retreat became ordered and successive stands were made on a series of defensive lines. In the northern Appenine mountains the last of these, the Gothic Line, was breached by the Allies during the Autumn campaign and the front inched forward as far as Ravenna in the Adratic sector, but with divisions transferred to support the new offensive in France, and the Germans dug in to a number of key defensive positions, the advance stalled as winter set in. During the winter months, Bologna lay tantalizingly just out of reach of the Allied armies; the town became their first major objective in the spring of 1945 and was taken on 21 April by Poles from the Eighth Army and Americans from the Fifth Army. The cemetery was opened as a garrison cemetery in June 1945 and later, burials were brought in to it from the surrounding area. Bologna War Cemetery contains 184 Commonwealth burials of the Second World War.