Labuan War Cemetery, where this memorial is located, is temporarily closed due to local COVID restrictions. 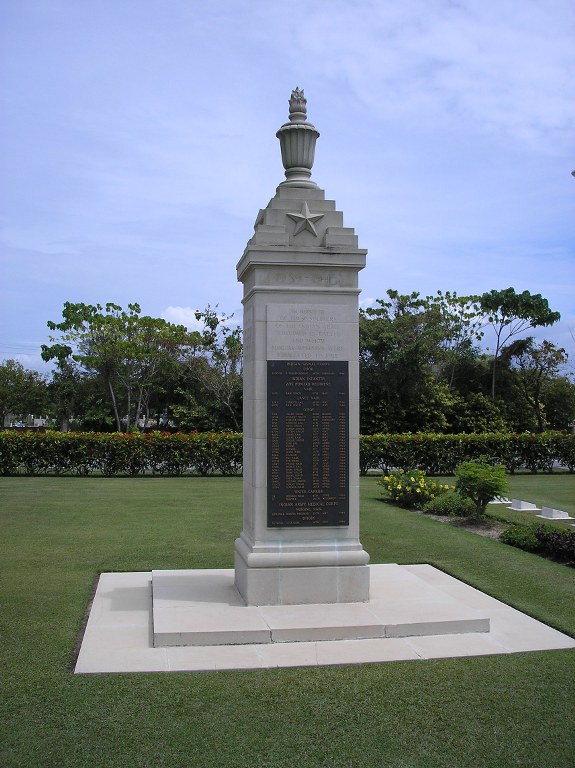 Labuan War Cemetery is on the small island of Labuan (part of Sabah, Malaysia) in Brunei Bay, off the coast of north-west Borneo. The island is best reached by air from Kuala Lumpur, the Malaysian capital, from where there are daily flights. There are also flights from Singapore and Manila. The cemetery lies on the Jalan Tanjong Batu road, which leads from the airport to the town. It is less than a kilometre from the airport and about 3 kilometres from the island's town of Victoria. The Labuan Cremation Memorial commemorates 34 soldiers of the Indian Army who were killed during the fighting in Labuan or who died in Labuan while prisoners of war in Japanese hands, and were accorded the last rite required by their religion - committal to fire. Standing immediately in front of the Indian Army plot in Labuan War Cemetery, it takes the form of a stone pylon with four faces, surmounted by an urn.