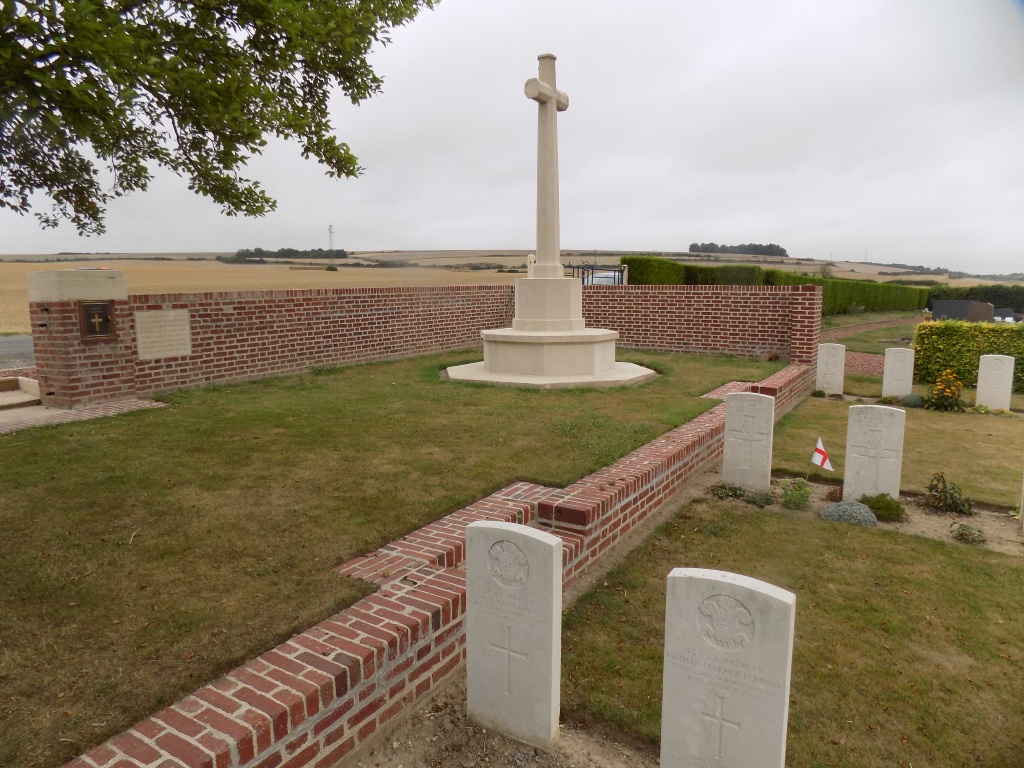 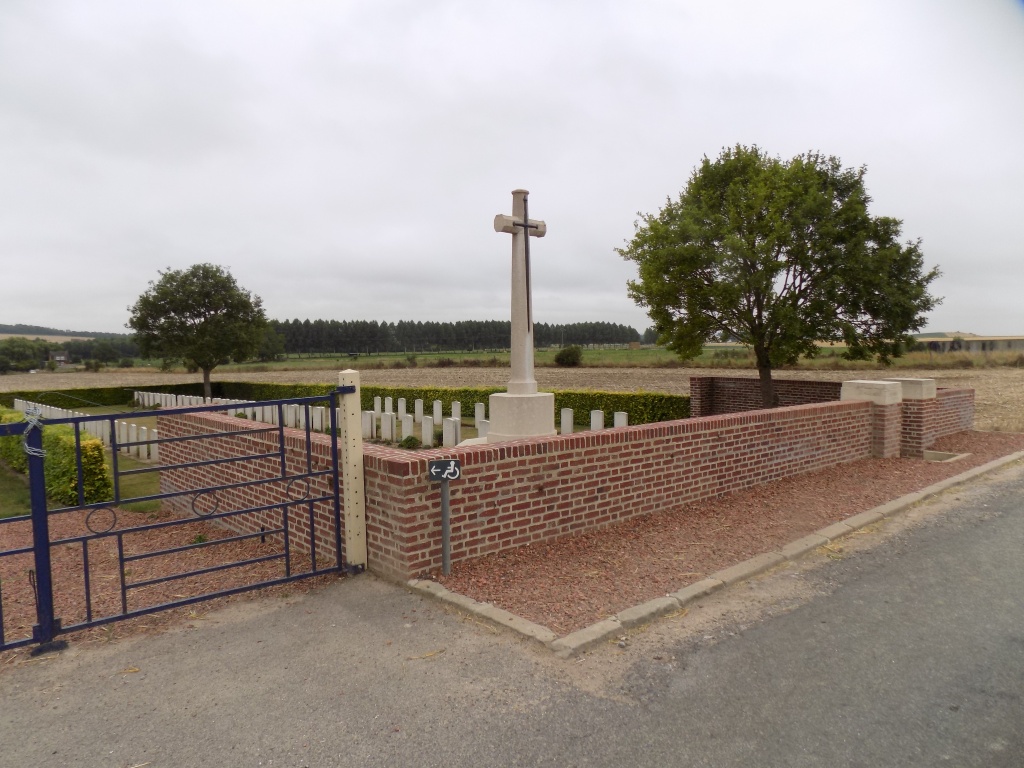 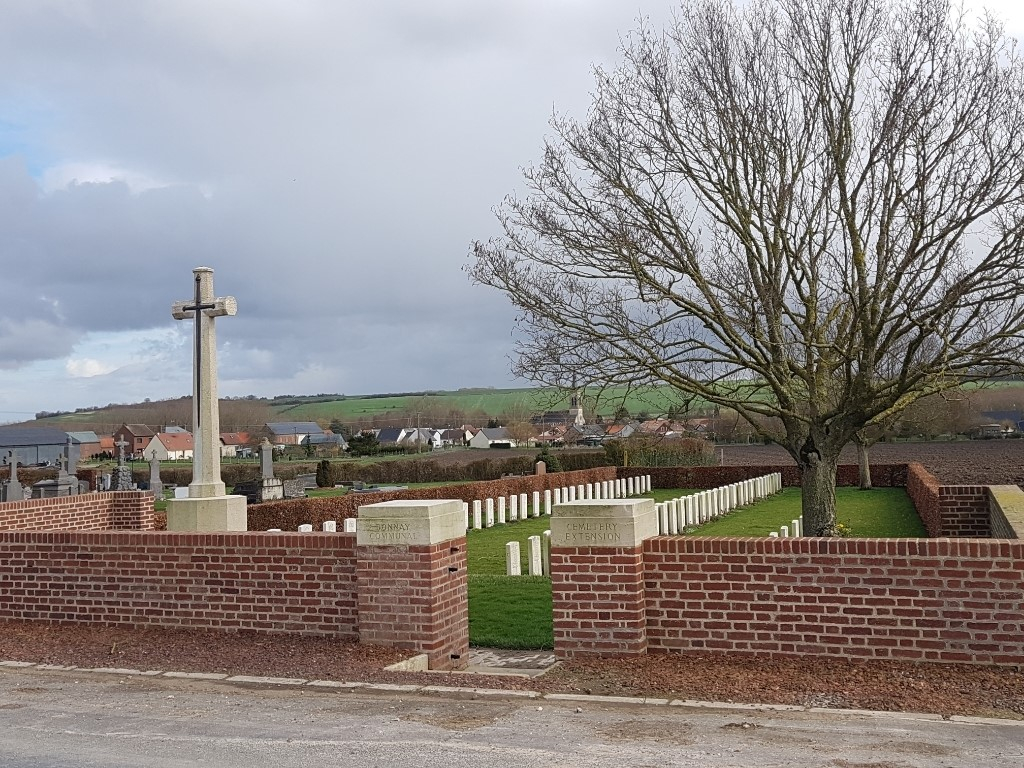 Bonnay is a village and commune in the Department of the Somme, on the north-west bank of the River Ancre, 3 kilometres north of Corbie. Leave Corbie heading north on the D1 to Bray-sur-Somme, then turn left on the D23 in the direction of Bonnay - Acheux-en-Amiens, heading north-west. Travel through the village of Bonnay (D23) towards Doullens and 0.3 kilometres after exiting Bonnay, turn left at the first CWGC signpost. Carry on for another 0.3 kilometres and Bonnay Communal Cemetery Extension is on the left hand side of the small road.

Bonnay Communal Cemetery Extension was used from 1 April to 24 August 1918. The earlier burials are connected with the actions of Villers-Bretonneux, when the line was re-established by the 4th and 5th Australian and 18th Divisions after the German advance, and then later with the Battle of Amiens. The extension contains 106 Commonwealth burials of the First World War. The extension was designed by W H Cowlishaw. The Cross of Sacrifice was unveiled by the Prime Minister of Australia in August 1921.