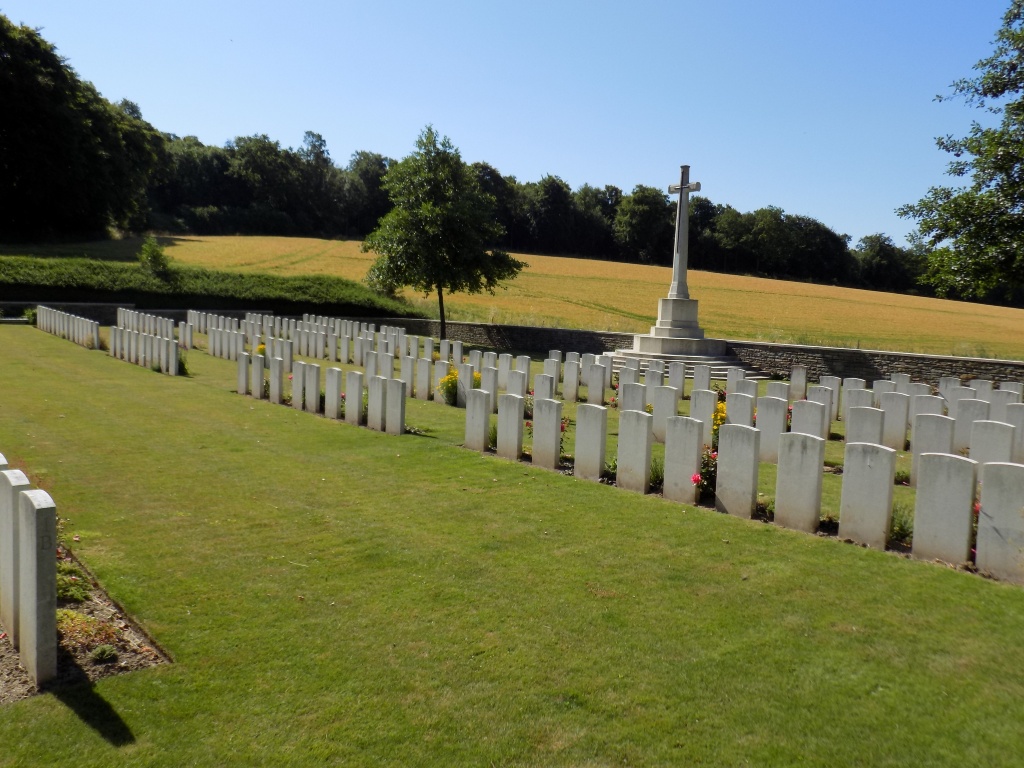 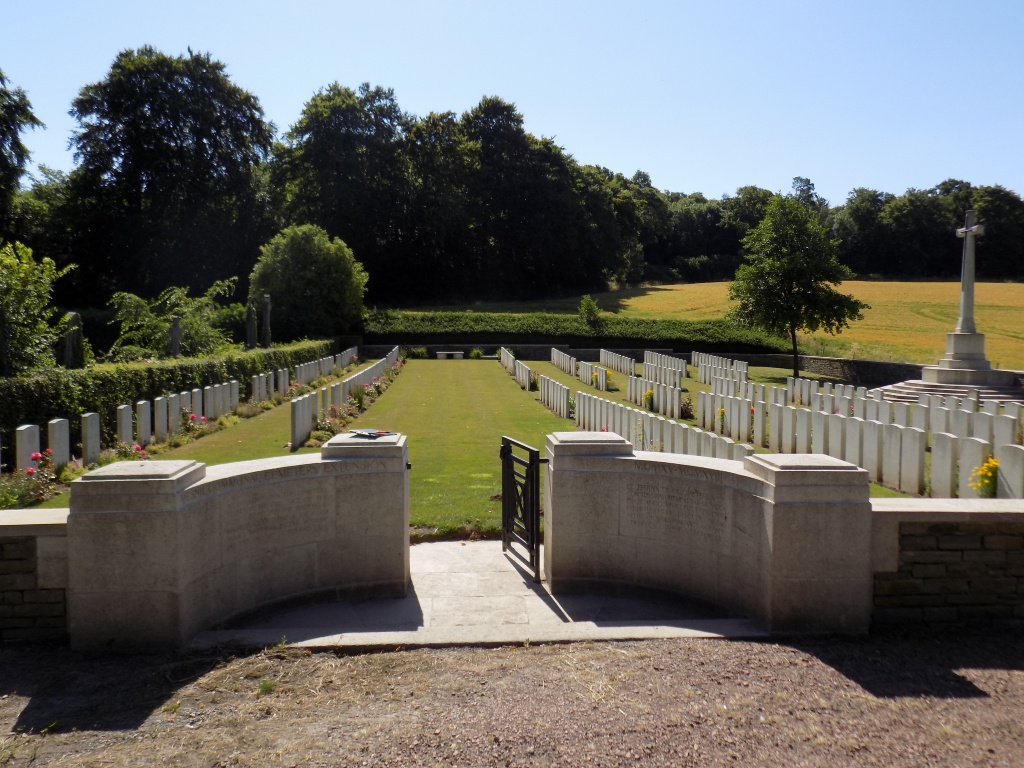 The village of Mesnil is about 6.5 kilometres north of Albert. Using the D929 from Bapaume to Albert, continue until you reach La Boisselle where there is a left turning signposted to Aveluy on the D20. Upon entering Aveluy continue straight until you reach the crossroads where you should turn right onto the D50 signposted for Beaumont-Hamel. Continue for 4 kilometres and take the left turning (the D174) to Mesnil Martinsart. On reaching Mesnil village, carry straight on through and when leaving the village (in the direction of Martinsart) the communal cemetery will be found on your left side.

Mesnil was close to the Allied front line until September 1916, and again from March to August 1918.

The communal cemetery extension was begun in July 1916, and used again as a front-line cemetery in 1918. It was greatly enlarged after the Armistice when graves were brought in from the battlefields of 1916 and 1918 north-east of Mesnil, and from MESNIL DRESSING STATION CEMETERY. The latter, which was west of the village, was used from June 1916 to February 1917 and again from March to July 1918, largely by the 63rd (Royal Naval) Division. It contained 141 graves.

The extension now contains 333 Commonwealth burials and commemorations of the First World War. 93 of the burials are unidentified and there are special memorials to ten casualties buried in Mesnil Station Cemetery whose graves could not be found on concentration.